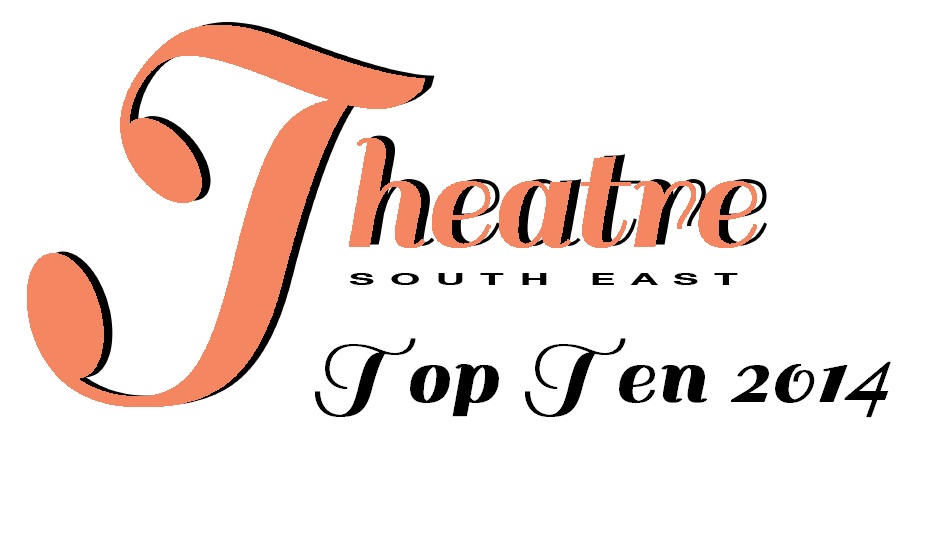 I have been INCREDIBLY lucky this year to have been to the theatre many times. I have rekindled my passion for the arts and been blessed in not only the variety of things I have seen but the quality has been outstanding.

I thought it would be a fun idea to try and put together my Theatre South East Top Ten of 2014 (although to be fair this site was only launched in November so it is a bit of a swizz) but nevertheless a fun project to undertake.

But it wasn’t easy, after much head-scratching and rejiggling I have narrowed it down to the following. I was sooo tempted to extend it to be a top 20. Ho hum.

These are my choices from the things I have seen this year – there is so many productions I am yet to see and also some of these productions started before 2014. It is also very much a personal choice. We all have different opinions, I would love to hear what would be on YOUR list. Feel free to let me know 😀 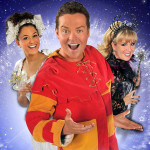 The first surprise! Who would have thought that a pantomime would have made my top ten?  Surely not the thing for a pretigious list like this (teehee is that what it is?). The reason it has sneeked in is that Evolution Pantomimes has put together a perfect family treat. Lots of fun for the whole family (even my teenagers loved it) Playing at the Hawth Theatre, Crawley until January 4th

Another treat at the Hawth, back in August was the National Theatre’s tour of One Man Two Guvnors, starring Gavin Spokes (interviewed here). One Man Two Guvnors takes us back to comedy basics; laugh out loud stupidity. Described akin to an adult pantomime (oh no – will this be a panto-themed list?) with all the slapstick, one-liners and innuendos, One Man Two Guvnors was very easy to watch and enjoy. Still on tour around the country.

Avenue Q is an unusual show in that it features puppets which are brought to life by a small cast of amazingly talented, actors/singers/puppeteers. It deals with themes such as growing up, dreaming big, and finding your purpose in life. However this is not the show for you if you get offended by sexism, racism, bad language, steamy sex scenes – even if they are with puppets etc. There is a reason why this show has a parental guidance rating. I recommend it if you want to see something quirky, outrageously funny and a little but naughty. New tour set for 2015 – watch out for tour dates. Coming to Tunbridge Wells next year 🙂 Which is fantastic news!

Great Britain is a fast moving, satirical look at tabloid newspapers, it is hard hitting and incredibly current in the light of the News International phone hacking scandal that has been all over the headlines this year.

Paige Britain is a News Editor for the Free Press and is hellbent on obtaining exciting newsworthy material for the paper. Readership figures are crucial. When she learns how to intercept private phone calls to get stories, she knows this is a chance for The Free Press to win the rating war.

A fascinating glimpse into the life of a tabloid newspaper. Loved it.

Playing at the Theatre Royal Haymarket until January 10th. I would recommend you get there fast. 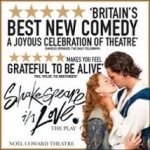 Shakespeare in Love was a very warm production, full of humour, passion and I found it delightful. True, it is not show-stopping but I had a perfectly gentle and entertaining afternoon at the theatre, I would love to go again and see the whole show. I loved it.

Yes I know this fantastic musical has been running since 2011 but as I wanted to treat the whole family to this marvellous musical it took until 2014 to achieve my goal.

There is a reason why Matilda has so many 5 star reviews and has won so many awards. There is something in this musical for everyone. From an original concept from Roald Dahl we know that the story will be funny, moralistic and uplifting but the adaptation of this story for the stage is wonderful and from the very first scene I had taken Matilda to heart.

By the time we get to the top 4 in my list, we are at the creme de la creme in my opinion. Dirty Rotten Scoundrels at the Savoy was a West End Musical at it’s best. Funny, glitzy, there isn’t a weak link in my opinion. The casting is perfect (although some of the cast have changed since I saw it). If Dirty Rotten Scoundrels doesn’t send you out smiling – nothing will.

Unfortunately it has given notices at the Savoy and will close there on 7th March before embarking on a tour so catch it wherever you can.

This show has the unusual honour of being in two places on this website. This is because I saw it way back in February at the St. James’ Theatre in Victoria before it’s West End transfer to the Apollo Theatre. I regret to say that I haven’t had the opportunity to see it at the Apollo but as it is a West End show now, I slipped it into that category too. Even more regretably it is unlikely that I will see it there as it is due to close on January 3rd.

Yes the plot (even the title) is a bit bizarre, but very rare is a musical so entertainingly unique that you are on the edge of your seat from the second the show starts. I do not want to give away the storyline too much but Jamie Lloyd the director has created a masterpiece. 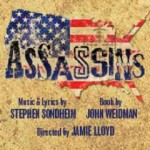 Assassins is currently playing at the Menier Chocolate Factory in London until March 7th, with a stellar cast, a fantastic director Jamie Lloyd and music and lyrics by my favourite composer Stephen Sondheim it is fair to say I was a little bit excited about this production. I was not disappointed. There have been 13 assassination attempts on the Presidents of the United States and this production discusses and compares them. Were the Assassins mad or did they have just cause? Could we ever be pushed to do the same. A killer of a musical. try and get tickets if you possibly can. 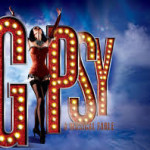 As soon as I heard about this production I was determined to get tickets and as a consequence was looking forward to it all year. It was truly phenonemal. Based loosely on the Memoirs of Burlesque star Gypsy Rose Lee the story is about the most pushiest stage Mother of all time, Mama Rose, played superbly by Imelda Staunton. Mama Rose will stop at nothing to make her daughter a star. The production ooozed class and what a Godsend! It has it’s West End transfer and will replace Dirty Rotten Scoundrels at the Savoy Theatre in March. Tickets are available now. If there is one West End Musical to see in 2015 – this’ll be it.

So there you have it. This project was a lot harder than I thought it would be. Seven out of ten were musicals (not altogether surprising if you know me well). Four regional productions, four West End and two Off West End, and if I had a top eleven Calamity Jane would be there too, (still on tour around the country and coming to Tunbridge Wells next year)….but a great round up. Looking forward to 2015 and broadening my outlook a little further  – watch this space!

If you want other people’s opinions here are a few other top tens.

Free free to send me your link Contact me here