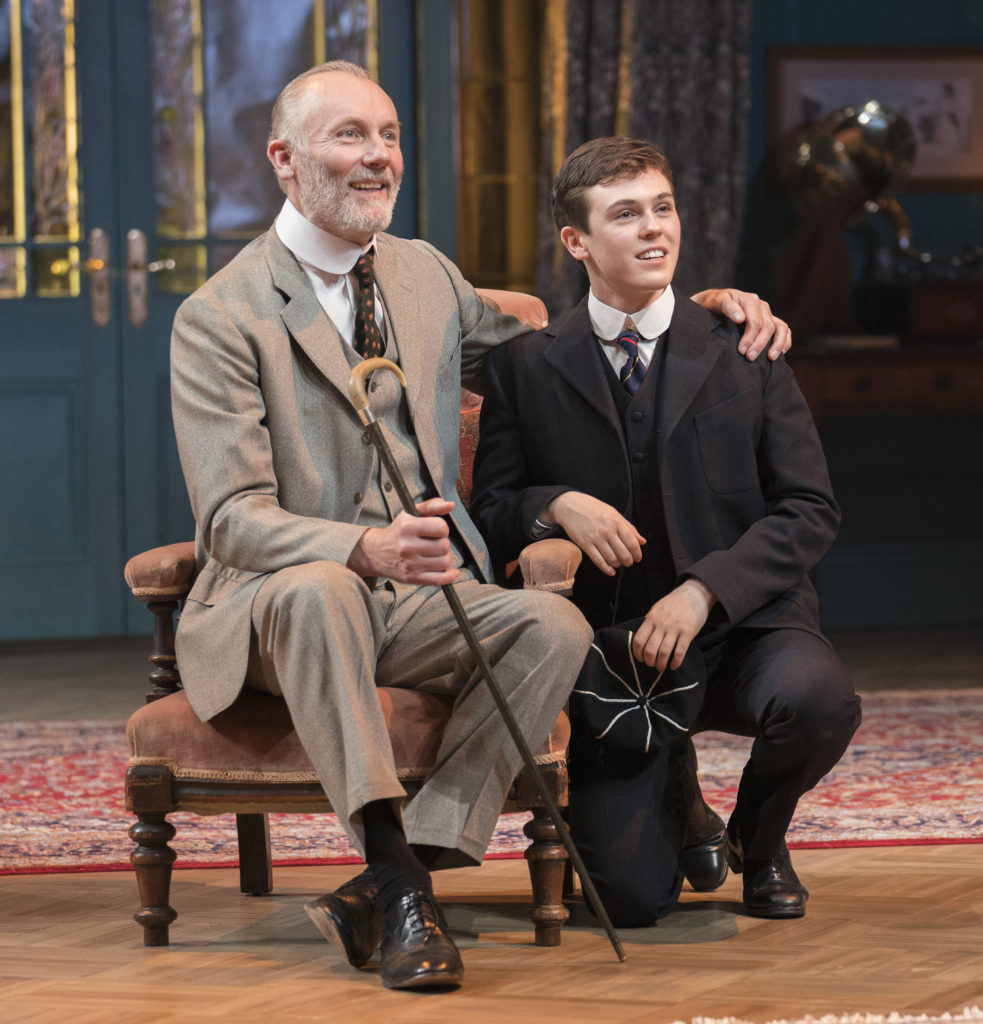 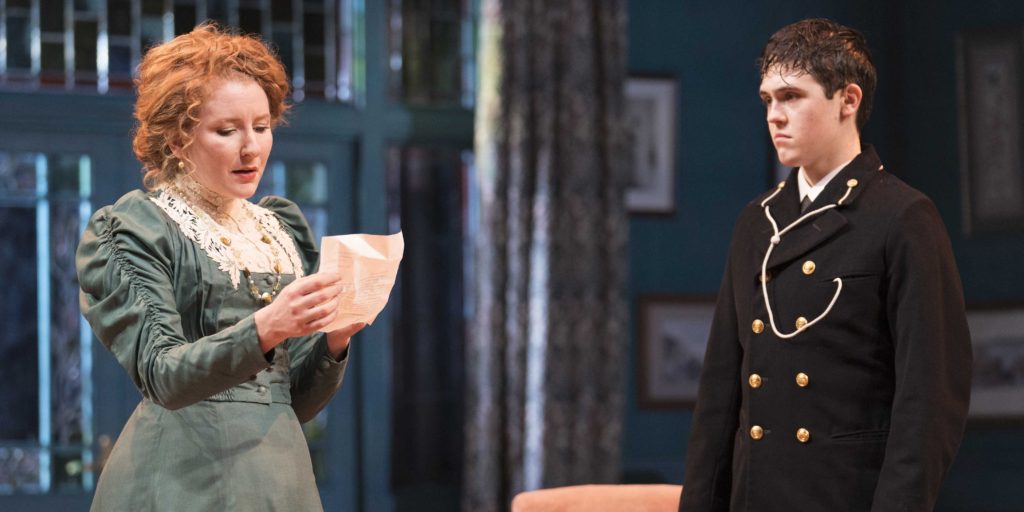 I am delighted to say that an unexpected visit to the Theatre Royal Brighton last night to see Terence Rattigan‘s play The Winslow Boy ended up being an evening very well spent.

Based on a true story, The Winslow Boy is set just before the First World War in the parlour of the Winslow family home. Thirteen year old Ronnie Winslow is accused of stealing a 5 shilling note from another boy at the naval college he attends; as a result, he is expelled from the Admiralty and returns home. His doting father vehemently believes his innocence and vows to clear his son’s name by taking the Admiralty (therefore the Crown) to court.

Director Rachel Kavanaugh has had huge success with hit musicals in the past couple of years (Oklahoma & Half a Sixpence), this production couldn’t be more different, it sensitively deals with family relationships, fierce loyalty and selfless sacrifice in a changing society preparing for war.

The production boasts an incredible cast. Misha Butler at 18 years old making his theatrical debut as the much younger Ronnie at the centre of the story is believably naïve and childlike, but his is a relatively small role compared to the other characters in the story that fight his cause. His father Arthur Winslow played by Aden Gillet is a strong proud man seeking justice at the cost of his health and a huge financial cost that has implications for the whole family. Gillet’s portrayal of the strong yet loving patriarch is praiseworthy.

His wife Grace is played by Tessa Peake-Jones who shows a loving maternal touch reminding the audience that this is a child at the centre of the controversy. However, it is Ronnie’s sister Catherine who is affected most by the trial, brilliantly played by Dorothea Myer-Bennett, Catherine is headstrong, intelligent, supports the trade unionists and women’s emancipation. She has far move wits about her than Ronnie’s high spirited brother Dickie (Theo Bamber) who enjoys dancing more than studying, and cannot fathom why there is so much fuss about a little pinching.

Catherine is not short of admirers she is wooed not only by the charming John Watherstone (William Belchambers) who despite being madly in love with her is not so supportive of Ronnie’s cause, but by solicitor Desmond Curry (Geoff Francis), even the arrogant barrister Sir Robert Morton (Timothy Watson) is enamoured by her charming intelligence and wit. Myer-Bennett gives a staggeringly strong performance as she boldly and tirelessly fights for her causes.

In a nutshell; Rachel Kavanaugh’s production of The Winslow Boy is a wonderful interpretation of Terence Rattigan’s classic period drama. The story, ludicrous as it seems, yet all based on fact is executed brilliantly by an outstanding cast. The production as it stands wouldn’t look out of place in the West End.

The Winslow Boy is unfortunately nearing the end of its 2018 tour, playing at the Theatre Royal Brighton until Saturday 28th April then after a quick jaunt to Belfast returning to the South East for two more weeks.

One thought on “The Winslow Boy | Tour | Review”