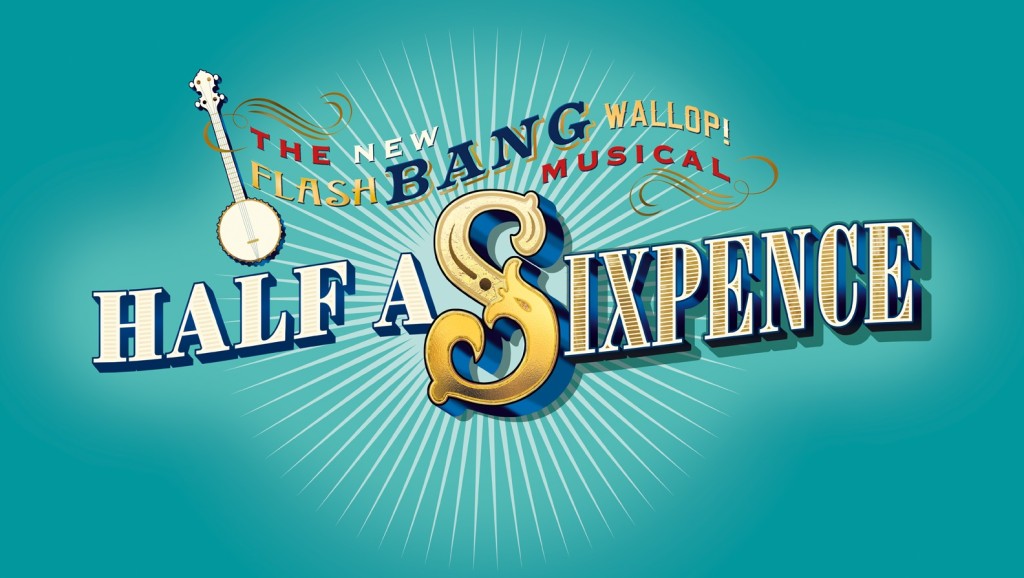 Half a Sixpence | Review

“What would you do if you won the lottery or came into possession of a considerable amount of money?”

It is a question that is often asked and many people have a ready answer, a holiday, a new car, pay off the mortgage; however, I suspect buying a banjo wouldn’t be at the top of many people’s list. 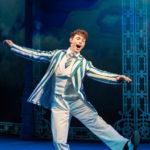 That is unless you are Arthur Kipps, a young apprentice drapier working in Folkestone at the turn of the century. He and his colleagues at Mr Shalford’s shop dream about their future, their only aspirations are to be independent and happy. Until one day Arthur discovers that he has been left a considerable amount of money and has consequently become a wealthy gentleman and a member of the upper class.

This would seem like a perfect rags-to-riches story, but with his change of circumstance Kipps soon realises that good fortune comes with a price.  There are difficult choices to be made, between old friends and new, the wholesome girl next door Ann or the beautiful Helen Walsingham who until now was ‘too far above him’. He is also now not short of family to support or people who are keen for him to invest. For a simple soul life becomes very confusing indeed.

Half a Sixpence is based on a semi-autobiographical novel by H.G. Wells called Kipps: The Story of a Simple Soul. It was first made into a musical in the early 1960s as a vehicle for Tommy Steele who played Arthur in both the film and in the West End but hasn’t been successfully revised since. Now Cameron Mackintosh has joined forces with the Chichester Festival Theatre to co-produce Half a Sixpence for the Festival Theatre’s 2016 summer production. 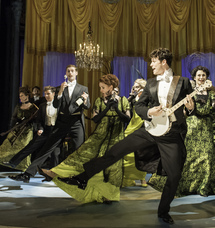 The story is old fashioned and uninspiring, the overriding message is money cannot buy happiness, you must be content with what you have and not try to cross social classes, however Mackintosh and the CFT have taken this traditional yet dated British musical and recognised it’s true potential.

The expert team behind the re-writing of Mary Poppins for the stage were brought in. Julian Fellowes, who is no stranger to writing about class divide in Downtown Abbey and Gosford Park has revamped the book and George Stiles and Anthony Drewe have titillated the original songs by David Heneker, and added a few new ones which complement the show beautifully. The creative team also include director Rachel Kavanaugh and choreographer Andrew Wright both well experienced in bringing new life to classic musicals for modern audiences.

Given all this expertise it is not surprising that Half a Sixpence is now bursting with fresh new energy whilst keeping faithful to H.G. Wells’ original story. 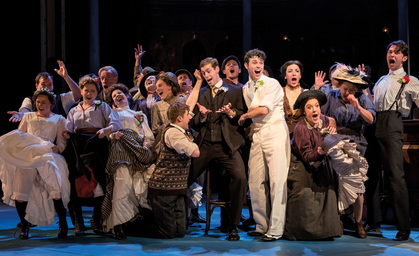 But what about the cast? Who can replace the cheeky chappy Tommy Steele? Ably Taking on the role of Arthur Kipps is relative newcomer Charlie Stemp. This casting is a stroke of genius as Stemp sings from his heart and dances with expert grace and agility. He has a fresh, innocent look that is perfect for Kipps. With wide eyes and big grin he sweeps the audience off their feet.

Devon-Elise Johnson and Emma Williams play Kipps’ two sweethearts Ann and Helen, both beautiful with angelic voices and winning smiles, Kipps finds that his choices are not easy.

The large supporting cast are all splendid from the apprentices dreaming of their future and bounding on and off shop counters down to the exquisitely cultured Elite, refined until Kipps persuades them to let their hair down and enjoy the simple things in life.

Special mentions go to Vivien Parry who superbly plays Helen’s social climbing mother, Ian Barthlomew cast as Chitterlow an actor, playwright who discovers Kipps’ fortune, and Gerard Carey who plays Helen’s sleezy brother James and then delightfully gives the most hilarious performance as a photographer in the final scene.

The result? A Flashy, Bang on target, Walloping hit!

I thoroughly enjoyed Half a Sixpence and hope that it not only runs well at Chichester but that gives West End audiences the chance to see it as well.

Half a Sxpence is currently running at the Noel Coward Theatre.

2 thoughts on “Half a Sixpence | Chichester Festival Theatre | Review”