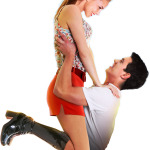 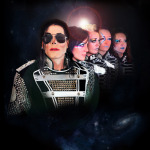 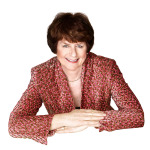 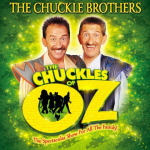 I was very excited to read about The Hawth’s new spring season this week they have got some wonderful theatrical treats in store for us in the early part of 2015.

As usual the Hawth offers comedy, music, and family shows. In addition to a leading independent cinema chain Curzon Cinemas continues to bring the best in digital cinema to The Hawth Studio.

For the music fans: 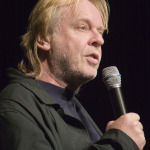 St George’s Day Celebration from the Royal Philharmonic Orchestra (Apr 18), an incredible opportunity to hear one of the world’s most prominent tenors Russell Watson live (May 28), Olivier award-winning English Touring Opera return with Puccini’s La boheme (May 6) and Donizetti’s Siege of Calais
(May 7).

There’s also the chance to relive the music of some of the greats of popular music with a tribute to Michael Jackson in Forever Jackson (Feb 25)and the music of Phil Collins serenading couples for Valentine’s day in No Jacket Required (Feb 14). Former Yes keyboard player, Rick Wakeman (Mar 19) will be offering up his music and wit while the Solid Silver ‘60s Show (Apr 16) brings a sensational line up including Billy J Kramer of the Searchers and The Merseybeats. 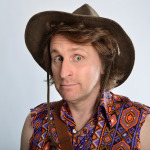 Milton Jones (Feb 26) is back with the Temple of Daft, Seann Walsh (Feb 28) will be in the Studio with his show 28, you can look forward to Lord of the Dance Settee with Richard Herring (Mar 6), Pam Ayres (April 13), Lee Nelson (April 15) as you’ve never seen him before; Suited and Booted and finally (for Spring, at least), Stewart Francis (Apr 29) is a PunGent.

There is a lot to keep theatre-lovers like me happy too! 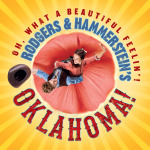 There’s girlie fun to be had with Claire Sweeney, who has written and stars in Sex in Suburbia (May 10), a brand new comedy about dating, men and finding Mr Right.

Searching for The Naked Truth (May 21 & 22), a show about real women and real life that will leave you uplifted.

Dreamboats and Miniskirts (Apr 7-11), the sequel to Dreamboats and Petticoats which was such a huge hit at The Hawth in 2011 will be transporting audiences to 1963 with hits including Do You Love Me, It’s In His Kiss and the Hippy Hippy Shake.

In May The Hawth is delighted to present OKLAHOMA! (May 12-16).  As refreshing and thrilling as the day it was written this must-see show stars Musical theatre legend Gary Wilmot as Ali Hakim and Belinda Lang as Aunt Eller. 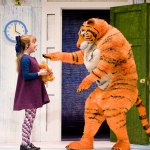 Children aged 3 plus will be amazed by the by the huge dinosaurs in Jurassic Adventures (Feb 4-6).

Olivier award-nominated The Tiger Who Came To Tea (Mar 26-28) comes to Crawley direct from the West End – a musical adaption of the classic children’s book by Judith Kerr.

From the makers of Peppa Pig comes BAFTA award-winning televisions animation, Ben & Holly’s Little Kingdom (Apr 29 & 30) live on stage. Plus there’s the Sooty Show (Apr 12), the Chuckle Brothers (Apr 19) are back and

Primary School children looking for something to do during February half term can take to the stage themselves with The Hawth’s fantastic Play in a Week Workshop (Feb 16-20), culminating in a performance of Roald Dahl’s Fantastic Mr Fox.

I am looking forward to the new season, there is plenty to choose from and you will be able to find more information on these productions and more from the Hawth website