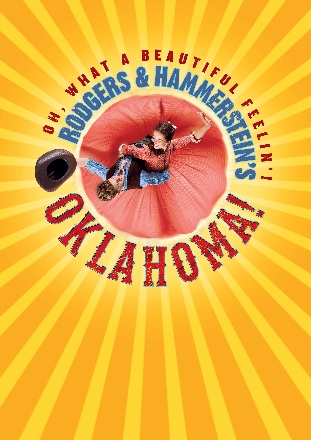 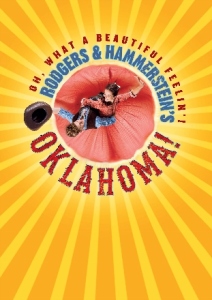 Music & Lyrics Limited and Royal & Derngate Northampton present a new production of Rodgers & Hammerstein’s Pulitzer Prize-winning musical OKLAHOMA!, directed by Rachel Kavanaugh and with new choreography by Drew McOnie, which will tour the UK and Ireland next year, opening at the Derngate Theatre Northampton on 19 February 2015.

From the award-winning producers of the highly successful tours of The King & I and Fiddler on the Roof, this new production of one of the great classic American musicals will feature a large cast and chorus led by Belinda Lang (School for Scandal, Ladies in Lavender, The Killing of Sister George) as Aunt Eller, Gary Wilmot (Dirty Rotten Scoundrels, The Pajama Game, Chitty Chitty Bang Bang) as Ali Hakim, Ashley Day (The Book of Mormon, The Wizard of Oz, High School Musical) as Curly, Charlotte Wakefield (The Sound of Music, MAMMA MIA!, Spring Awakening) as Laurey and Nic Greenshields (Guys and Dolls, Billy Elliot, The Phantom of the Opera) as Jud Fry, accompanied by a live orchestra led by musical director Steve Ridley. Set and costumes will be designed by Francis O’Connor, with lighting by Tim Mitchell and sound by Ben Harrison.

Rachel Kavanaugh is former Artistic Director of the Birmingham Rep. She is directing An Ideal Husband at the Chichester Festival Theatre this autumn. Other credits include The Sound of Music at the Regent’s Park Open Air Theatre, Love Story in Chichester and the West End, and The Merry Wives of Windsor for the Royal Shakespeare Company. Drew McOnie’s choreography credits include In the Heights for Southwark Playhouse, The Sound of Music and Chicago for Leicester Curve, Soho Cinders at the Soho Theatre, and Dames at Sea and On the 20th Century at the Union Theatre. He recently launched his own theatre dance company, The McOnie Company.

OKLAHOMA!, with music by Richard Rodgers and book and lyrics by Oscar Hammerstein II, was based on the Lynn Riggs play Green Grow the Lilacs and was the first musical written by the duo. It was originally produced on Broadway in 1943 and the Academy Award-winning film was released in 1955.

Set in the Oklahoma territory in the early 1900s, the musical tells the story of two sets of star-crossed lovers. Cowboy Curly loves Laurey, Aunt Eller’s niece, but Curly’s rival is the mysterious and dangerous hired hand Jud Fry. Meanwhile, Ado Annie is torn between cowboy Will and peddler Ali Hakim. Their stories are told with the help of some of the best loved songs in musical theatre history, including Oh, What a Beautiful Mornin’, I’m Just a Girl Who Cain’t Say No, Surrey With a Fringe on Top, Kansas City, People Will Say We’re in Love and the title song.

2 thoughts on “Oklahoma! | Full cast & tour dates including Hawth Crawley in May!”