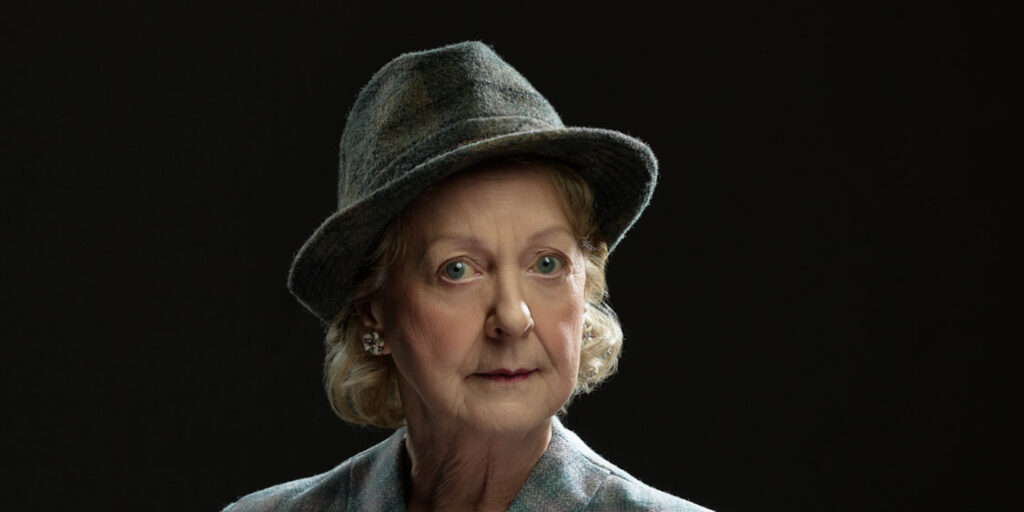 THAT’LL BE THE DAY

That’ll Be The Day is back with another incredible show celebrating the golden age of Rock ’n’ Roll and Pop from the 50s to the 80s. Hilarious comedy sketches combine with brilliant vocals and superb musicianship to bring you the ultimate feel good experience that will leave you singing and dancing.

Sooty and the gang are happy to be back in Eastbourne. With help from Martin Duffy, Fizz Wizz Pop, Rebecca Foyle, and Mel Harvey, Richard, Sooty, Sweep and Soo bring lots of fun, mischief, and magic in a show for all the family – plus a chance to meet Sooty and Richard after the show!

AN EVENING OF MAGIC

Witness a spectacular show featuring grand illusion, discerning mystery, theatrical award-winning magic, entertaining ventriloquism, and laugh out loud comedy. This one-off night promises the best in magic, illusion, comedy and variety from around the world! Suspend your disbelief and allow yourself to be amazed! Guaranteed entertainment for all the family.

Miss Marple returns to the stage…
1960s England and a wind of change is blowing through the land. It has even reached the sleepy village of St. Mary Mead. There’s a new housing estate to make the villagers curious and fearful. And even stranger, a rich American film star has bought the Manor House.
Jane Marple, confined to a chair after an accident, is wondering if life has passed her by. Then there is a vicious murder, and Miss Marple must unravel a web of lies, tragedy and danger. But can anything be hidden from Miss Marple, the sweet old lady with mind like a steel trap?
A brand-new production of Rachel Wagstaff’s (Birdsong, The Girl on the Train) acclaimed adaptation produced by the award-winning Original Theatre who brought you Alan Bennett’s The Habit of Art, the smash-hit comedy Invincible and the acclaimed Birdsong.

Will the recycling be put out on the right day? Who is going to smooth over the top of the margarine? Best known as a team captain on 8 Out of 10 Cats Does Cats Countdown (Channel 4), watch Jon pretend that these aren’t his foremost concerns as he leaves home on his first tour since the last one!

Acclaimed singer-songwriter and pianist Elio Pace is set to thrill audiences as he tours his award-winning show, with his incredible band, celebrating the legendary US musician. This live show will transport audiences through a catalogue of Billy Joel’s music, performing more than 30 hits including Uptown Girl, Tell Her About It, The River of Dreams and Piano Man.

Gordon shot to fame after winning Stars In Their Eyes, since then he has gone onto keep the spirit of the King alive all over the world, playing to audiences who can’t believe the accuracy of the representation they are seeing live on stage.

The UK’s longest running Musical Theatre concert tour features past principal performers from Les Miserables and delivers over two hours of the best of Broadway and the West End, ending with a stunning finale from Les Mis.

Despite protests of his innocence, Andy Dufresne (played by Joe Absolom) is handed a double life sentence for the brutal murder of his wife and her lover. Incarcerated at the notorious Shawshank facility, he quickly learns that no one can survive alone.

Andy strikes up an unlikely friendship with the prison fixer Red (played by Ben Onwukwe), and things take a slight turn for the better. However, when Warden Stammas decides to bully Andy into subservience and exploit his talents for accountancy, a desperate plan is quietly hatched…

Based on Stephen King’s 1982 novella Rita Hayworth and Shawshank Redemption, this thrilling stage production examines desperation, injustice, friendship and hope behind the claustrophobic bars of a maximum security facility. The 1994 feature film starred Tim Robbins and Morgan Freeman and was nominated for seven Academy Awards.

Celebrating over 50 years since the legendary US west coast country rock band The Eagles formed in 1971, The Illegal Eagles return to Eastbourne for another outstanding show with the very best from the Eagles’ catalogue of classics, including Hotel California, Desperado, New Kid In Town and many more.

SHERLOCK HOLMES: THE VALLEY OF FEAR

Crammed full of adventure, mystery and of course one or two rather brilliant deductions, The Valley Of Fear is Sir Arthur Conan Doyle’s thrilling final Sherlock Holmes novel brought to life in this new stage adaptation.

A mysterious, coded message is received, a warning of imminent danger, drawing Sherlock Holmes and the faithful Dr Watson into a tale of intrigue and murder stretching from 221B Baker Street to an ancient moated manor house to the bleak Pennsylvanian Vermissa Valley. Faced with a trail of bewildering clues, Holmes begins to unearth a darker, wider web of corruption, a secret society and the sinister work of one Professor Moriarty.

Music by Pyotr I. Tchaikovsky performed by a live orchestra and with exquisite dancing from, for the first time in the UK, a ballet company from Moldova with dancers from different countries.

Swan Lake, Sleeping Beauty and Nutcracker continue to capture the hearts and imaginations of generations across the world. With stunning choreography, sumptuous costumes and wonderful sets, these ballets are truly captivating pieces of theatre and a wonderful introduction to ballet.

Ricky Ross, songwriter and lead singer for Deacon Blue returns to the stage with his solo tour in support of his brand new album, Short Stories Vol 2. With Ricky at the piano, he will be performing songs from across his entire career and sharing stories from his forthcoming autobiography Walking Back Home.

DAWN FRENCH IS A HUGE TW*T

A statement from Dawn French “This show is so-named because unfortunately, it’s horribly accurate. I thought I might tell some of these buttock-clenching embarrassing stories to give the audience a peek behind the scenes of my work life… Roll up! Book early to see the telly vicar lady live in front of your very eyes. And ears.”

Led by co-founder Graham Gouldman, the band are back on the road, performing their timeless hits and more, and always with a surprise or two. Eleven top 10 hits, and over 15 million albums sold in the UK alone, enjoy hits including Rubber Bullets, Dreadlock Holiday and I’m Not In Love.

Having hit 60 (but still a year younger than Madonna), Jenny Eclair AKA ‘The Face of Vagisan’ confronts a new decade of decrepitude. Now that it takes 20 minutes of scrolling to find her DOB when she’s filling in forms online, should she celebrate or crawl into a hole? What will her 60’s hold for this 1960’s babe?

When playwright John Terry invites caustic theatre critic Arthur “Agatha” Christie to help him expose the suspected affair of their respective partners, everything is not quite as it seems, and events take an unexpected and decidedly sinister turn.

Come along for a ride back to 1978 with this enthralling West End comedy thriller that will keep you guessing to the very end.

Tom and his band will be touring the UK this autumn including a hometown gig here in Eastbourne. Coinciding with the release of his new album, Midpoint, Tom began writing these new songs two years ago when Keane’s 2019 Cause and Effect tour was rudely interrupted by the pandemic.

Well known for their soulful voices, beautiful gowns, and fabulous stage shows The Three Degrees have been continuously touring for more than 50 years and are still touring to this day. The Three Degrees are Valerie Holiday, Freddie Pool and Tabitha King, supported by Richie Sampson from The Drifters.

A gripping and ghostly tale of suspense.

It’s Christmas 1875 and Professor Gabriel Stokes (Max Caulfield) takes lodgings at The Sea House cared for by Mrs Hinchcliffe (Juliet Mills), on a desolate stretch of the East Sussex coast.

No sooner has he arrived than the troubled history of the house comes to the fore with unexplained and mysterious happenings. Having enlisted the help of Tom Beauregard (Michael Praed) an American spiritualist, the two embark on a terrifying journey to discover the truth.

Following the traditions of the finest ghost stories, Darker Shores is a gripping and shadowy tale of suspense.

42nd Street, the ultimate Broadway musical, tells of director Julian Marsh and his upcoming musical, but when the show’s star is forced to drop out of the production, Marsh calls on unknown chorus girl Peggy Sawyer, who takes to the stage a “youngster” and comes back a “star”.

With a classic score of musical theatre standards including We’re in the Money, Lullaby of Broadway and 42nd Street, this heart-warming musical provides exceptional tap routines and classic comedy. Fabulous costumes, dance routines and a full orchestra, this show is a firm favourite.

This is an amateur production

Everyone knows the opening of Beethoven’s Fifth. But if that’s all you know, you’re in for a musical adventure of a lifetime. Accompanied by Schubert and Mozart, it’s set to be a stunning start to the season.