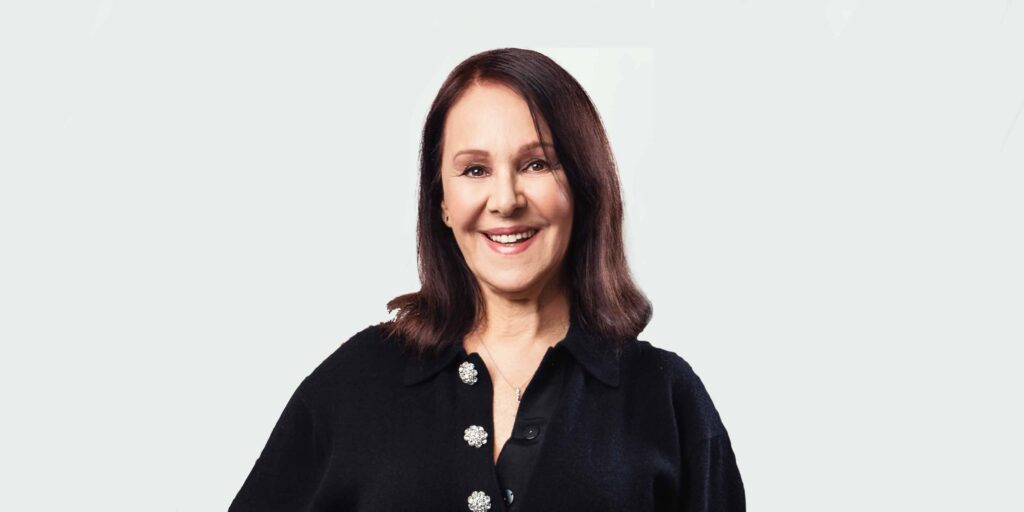 Both have successful decade-spanning careers. Both are driven and fiercely independent. And then there’s the mutual love of sequins. Arlene Phillips talks to Vicky Edwards about Girl Power, refusing to act her age and why The Cher Show is an unmissable and fabulously feel-good extravaganza.

“I loved Cher’s music from the first time I heard it, but it’s more than that;

Cher is an icon,” says Arlene, confessing that she is thrilled to be directing The Cher Show.

“I am so excited! Cher is a woman who right from the start of her career was ahead of her time. She’s had hits in every decade, she’s a great actress and she’s whip-smart. She has also been a great pioneer for women’s rights. If there’s something to shout about then Cher shouts about it.”

All of which results in an international following that transcends age, gender and race. And now the show that carries her name seems set to do likewise. Having debuted on Broadway in 2018, earning two Tony Awards, Arlene’s production of The Cher Show marks the European premiere. Telling how Cherilyn Sarkisian went from truck driver’s daughter with big dreams to the Oscar-winning Goddess of Pop and Queen of Reinvention, Cher takes the audience by the hand and introduces them to the influential people in her life; from her mother and Sonny Bono to fashion designer and costumier Bob Mackie.  Recalling how she battled the men who underestimated her and defied convention, the story is told, Arlene explains, as if Cher is looking back on her life.

“There is a great story running through as she looks back at the moments where she made an impact, whether through a relationship, a hit, a movie or fashion. We want the audience  to embrace her story and have a good time.”

And a soundtrack of all her hits? Arlene is quick to reassure:

“Oh yes. There are so many hits and the show will have a great party feel to it, as the story builds and builds, finishing in a full-on full-out concert.”

And if all that weren’t enticing enough, joining Arlene on the journey are some impressive names. Written by Olivier and Tony Award-winning Rick Elice (who also wrote Jersey Boys and The Addams Family), choreography is by double Strictly Come Dancing champion Oti Mabuse.

“Oti’s choreography is SO exciting! She is really gifted and people are going to see something that hasn’t been seen before,” promises Arlene, who as one of the world’s most respected choreographers is, let’s face it, pretty well-placed to make such a pronouncement.

And of course you can’t possibly tell Cher’s story on stage without fabulous costumes. Enter costume designer Gabriella Slade, the super-talented creator of costumes for international smash hits including Six, In the Heights and the 2019 Spice World tour.

With a female icon as the subject of the show and Arlene, Oti and Gabriella all adding their superpowers to the mix, there’s definitely a whiff of Girl Power about the show.

“I love that,” beams Arlene, who admits that directing rather than choreographing does require a gear shift.

Both she and Cher are fiercely independent women. Does Arlene identify with, as well as admire, Cher?

“I totally identify with Cher in that I want to continue doing what I do for as long as I can and not be defined by my age. I am enjoying life and if I can make an impact in some way then I will.”

With over 100 million record sales and heaps of prestigious awards, including recognition from The Council of Fashion Designers of America, Cher has certainly influenced popular culture more than most.

“We have clarified every detail and I can’t wait for people to see it,” she says, passing me a list of the venues that the show will play.

“There are so many theatres on this tour that are special to me, but every theatre is making sure that they are Covid-safe and that audiences feel confident about visiting them. I hope people will support their local theatre. There really is no substitute for live performance and I urge people to go and feel the love and warmth of this show.”

Adding that she sees the production as being “absolutely a show for now,” she continues:  “Escapism is a wonderful mind-healer, and that’s what you get with The Cher Show.  We’re all more fragile than we’ve ever been before and the future feels unsure. This is a show that brings pure post-pandemic joy.  People will go home having laughed, possibly having shed a tear and dancing up the aisles. They can put aside their worries and in that moment they’ll be wrapped up in this extravaganza of a show!”