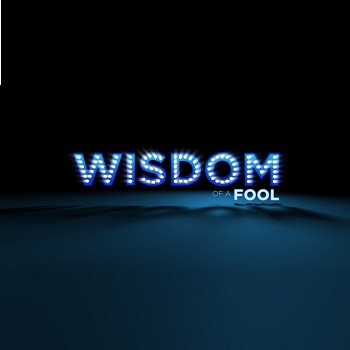 In a recent interview with Theatre South East, Jack Lane spoke about his lifelong ambition to bring a show about comedy great Norman Wisdom to the stage. Although there was no doubt about Jack’s passion, I thought that the show itself sounded a little ambitious.

Not because of the subject matter, Wisdom was a much loved comedian who was hugely popular in the 50s and 60s, famous for his slapstick routines, odd fitting clothes and infectious laugh.

However Jack wanted to produce something different to a comedy show. Together with co-writer Martyn Bell he devised a full length, one-man play which deals with all the highs and lows of Wisdom’s life, with Jack not only playing the part of lovable gump Norman Wisdom, but taking on all other roles as well.

The premiere performance of ‘Wisdom of a Fool’ was last night at the Capitol Theatre in Horsham. Yes the show was ambitious, but it paid off!

The moment Jack appears on stage as dressed as Norman Wisdom you are transfixed. Jack’s months of studying Wisdom’s mannerisms and persona have paid off, he as Wisdom, greets the audience warmly and reluctantly agrees to tell his story….warts and all.

The first act is as emotive as it is fascinating as Jack in his many guises takes us through Wisdom’s troubled and abusive childhood, his many jobs and his time living on the streets in London. Each chapter is well executed and although there are many light-hearted moments, the audience were spellbound as Wisdom’s story unfolded.

The second act revolves around Wisdom’s successful working life and his work ethic and gives Jack ample opportunity to mimic Wisdom’s physicality and perfect comedic timing as he trips, leaps and dances across the stage. There is a beautiful moment as Jack puts on one of Wisdom’s original gump suits, which is loaned to him by Wisdom’s family. Whilst still in character he manages to dress with such reverence and respect that it earns him (or was it the suit?) a huge round of applause.

The amount of sheer energy and passion that Jack puts into ‘Wisdom of a Fool’ means that there is never a dull moment in the whole evening, he slips between characters with ease and portrays this great comedian who brought joy to so many with sensitivity and affection.

Jack Lane as Norman Wisdom received a richly deserved standing ovation last night – I believe through Wisdom of a Fool, Norman Wisdom will become familiar to a whole new generation. Like his hero Norman Wisdom, Jack Lane has had no formal dramatic training and is learning on the job, however also like Wisdom he has an exciting talent and if this is anything to go by, this is just the start of a great career for him.

Wisdom of a Fool plays at The Capitol in Horsham until Saturday 19th September. Only three more performances so pick up the phone and book NOW!

We wait with baited breath to see where this show is headed. We shall let you know. 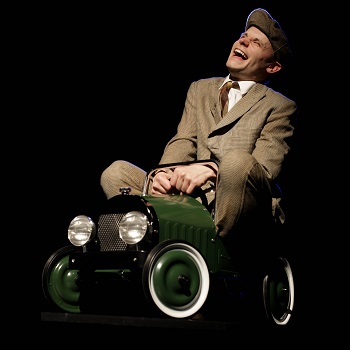 2 thoughts on “Wisdom of a Fool | Review”