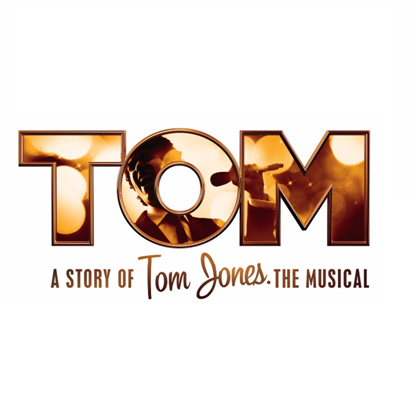 The first show to be performed at Bromley’s Churchill Theatre under their sparkling new HQ banner is a new musical written by Mike James about the rise to fame of one of the UK’s national treasure’s and Welsh megastar, Tom Jones.

The imaginatively entitled ‘Tom – A Story of Tom Jones’ is produced by Welsh theatre company Theatr na nÓg, the story follows Tom Jones’ life from an early age and his struggle to get his ‘voice’ heard.

Phylip Harries humorously narrates and guides us through Tom’s story, how he grows up in a mining town in South Wales and meets the girl who was to become his wife for 59 years at the tender age of 15. With youthful optimism he starts singing in the local pubs and clubs as part of the beat group Tommy Scott and the Senators, but although they gain local success they struggle to make the big time.

Finally the band get signed by a manager (played by Richard Corgan) and Tom leaves his wife and son behind in Wales and heads to London to chase his dream. This is a story of ups and downs, hardship and heartache but it is ultimately about Tom’s determination to get to the top which is completely spurred on by his wife Linda’s faith in him.

Tom struggles with self doubt but Linda supports and encourages him at every opportunity. When money becomes tight and it looks like Linda may have to get a job (heaven forbid, how things have changed) Tom is prepared to return to Wales and work in the local glove factory himself but fortunately for everyone his lucky break arrives just in the nick of time.

To fill the shoes of Tom Jones is not an easy task however with his gyrating hips and powerful voice Kit Orton does a commendable job with Elin Philips at his side as Linda.

Concentrating solely on Tom’s humble beginnings rather than his celebrity status, Tom – The story of Tom Jones is a bit like his career, and takes a while to get going.  Whilst the story of Tom’s life is interesting, there is nothing that makes this rags to riches story stand apart from other jukebox musicals that are on the circuit.

By authentically sticking to his story culminating in his breakthrough into the charts, we are two hours into the show before the first big hit of Tom’s, It’s Not Unusual is sung and the reaction of the audience is instantaneous. The last 15 minutes of the show takes the form of a hip-swinging, pulse-racing concert with Orton giving it some booty making the atmosphere in the theatre change completely as the audience are up on their feet and loving every minute and ending what would be an otherwise tedious show on a crowd pleasing high.

Tom – A Story of Tom Jones plays at the Churchill Theatre in Bromley until Saturday 30th April, in then continues on it’s Nationwide tour.