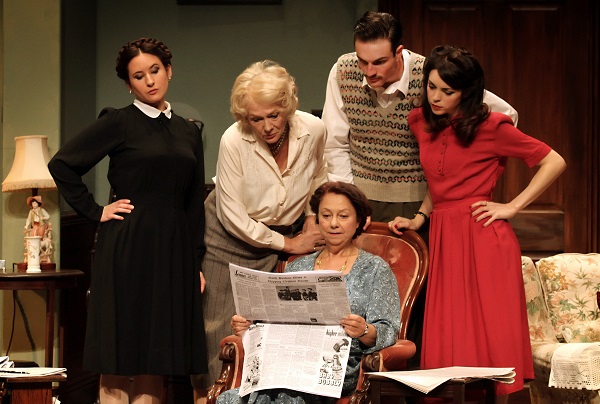 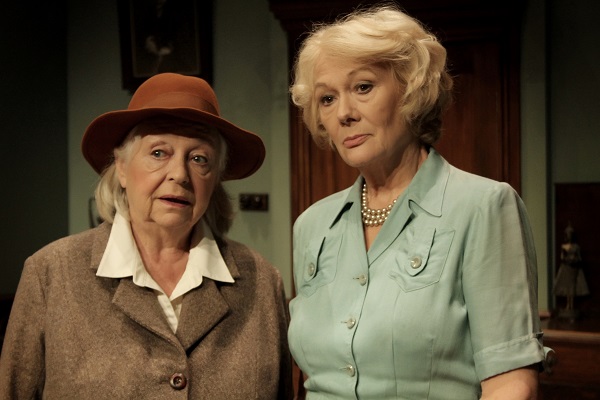 A Murder is Announced | Review

Agatha Christie‘s, A Murder is Announced is playing at the Devonshire Park Theatre in Eastbourne until Saturday 30th April. Directed by Michael Lunney, the play takes the form of a classic ‘Who Done It’, featuring the famous female detective Miss Marple.

As the title dictates, A Murder Is Announced’ via the local paper, it is expected to occur at ‘Little Paddocks’, home to Letitia Blacklock. Letitia and the other characters assemble at the allotted time where they find that the prediction comes true. The mystery slowly starts to unravel allowing Miss Marple, who was luckily in the vicinity, to assist with Inspector Craddock’s investigation. 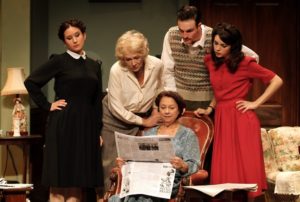 As with many Christie plots, close attention from the outset is needed as the mystery unfolds as the many characters all have alibis and as the play slowly explains their history, we understand how all these people have become intertwined in each other lives. Following the plot setting in first act, it is not until the second half that you get a sense of who may have committed the predicted murder. As the play comes to the end, words and actions fit into place and in true Agatha Christie fashion, it is the clever Miss Marple who reveals the true culprit and solves the mystery.

The usually interfering busy-body Miss Marple, played by well known Judy Cornwell, was somewhat mellower and less outwardly confident than previous incarnations of the crime-solving super-sleuth but nevertheless gives Inspector Craddock (Tom Butcher) and Sergeant Mello (Jog Maher) a run for their money and proves that they shouldn’t doubt elderly spinsters who have seen more than their fair share of murders.

The large cast of twelve interact with each other brilliantly, Letitia Blacklock, the central character is expertly played in this production by Diane Fletcher. Lydia Piechowiak, playing the housemaid Mitzi and Sarah Thomas playing Letitia’s friend Dora Bunner both add an amusing element to the entertainment throughout the play.

This is a good play with a strong supporting cast. If you fancy yourself as a bit of an amateur detective, you can expect an entertaining and enjoyable evening out.

Produced by The Middle Ground Theatre Company, A Murder is Announced is showing at The Devonshire Park Theatre, Eastbourne until Saturday 30th April.