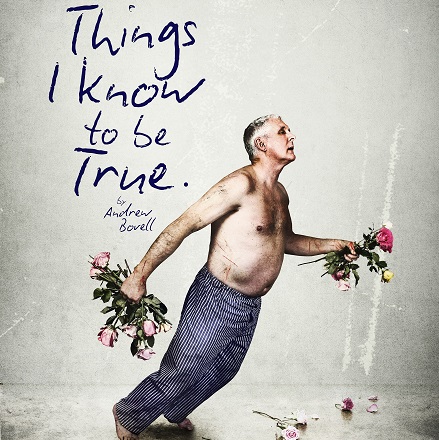 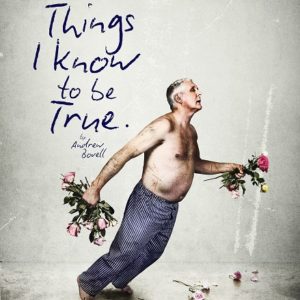 Things I know to be true | Review

Having been to an immersive Frantic Assembly production, ‘Stories From A Crowded Room’, at the Pavilion Theatre Worthing last year, I was eager to get tickets for this show when Chichester announced ‘Things I Know to be True’ as part of their Autumn season. However, the November dates were not possible, so I attended the Lyric in Hammersmith production instead.

This is a new play written by award-winning Andrew Bovell, produced by the State Theatre Company of South Australia featuring Frantic Assembly’s celebrated physicality. It is co-produced by Warwick Arts Centre in association with Chichester Festival Theatre and the Lyric Hammersmith. The play is suitable for 14+ and contains some strong language.

This is an intense, emotional journey through a family’s relationships. A stoic couple nearing retirement age who have always had huge aspirations for their four children who in turn are struggling to find their true selves and not disappoint their parents at the same time. It is a play all generations can relate to as it explores the support, hopes, disapproval, frankness and most importantly, the love held within a family unit.

The staging is simple, featuring the changing seasons in their family garden and the set changes which are made by the cast themselves, flow smoothly and easily and with choreographed movement and fluidity. The influence of Frantic Assembly can also be felt in the closeness of the emotional and physical support within the cast members as each share their characters’ feelings with the audience.

The casting is perfect, with Imogen Stubbs as the mother, Ewan Stewart as the father and the four diverse children played by Natalie Casey, Richard Mylan, Kirsty Oswald and Matthew Barker.
The emotional rollercoaster that the audience experience is so cleverly engineered by a great script and powerfully charged performances, not leaving a dry eye in the auditorium and an audience left questioning their own family relationships and their place in life itself.

Tour Dates : Things I know to be true