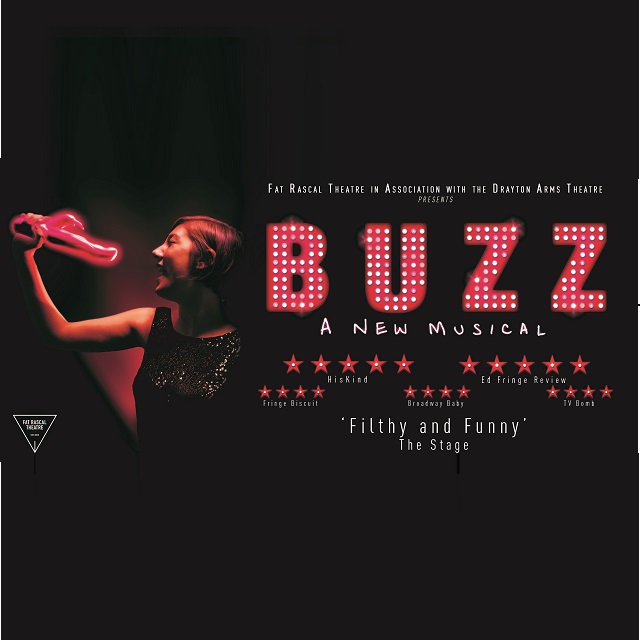 Fat Rascal Theatre in association with The Drayton Arms presents

BUZZ is a feminist production proudly celebrating women’s independence and sexuality. This is not your average musical. With a cast of 9 recently graduated actor musicians, Fat Rascal transports the audience from the cave women of the Stone Age to Victorian London’s Hysteria Pandemic, from Cleopatra’s Egypt to the Land Girls of World War II. BUZZ is a fun approach to feminism, a comedy with a message aiming to liberate young women and open conversations about taboo subjects.
Fat Rascal Theatre is a fresh new company from this year’s East 15 Acting School graduates. They are bold, cheeky and brash, using music and comedy to educate and empower.

After a sell-out Edinburgh Festival run, Robyn Grant (Book and Lyrics) and James Ringer-Beck (Music) are thrilled to be bringing Buzz to this wonderful theatre in South Kensington for an all inclusive three week run. Winning The Drayton Arms’ Eddies has given them the chance to develop the show further with Taylor Danson and Freya Espie (Directors) and Matthew Ives and Allie Munro (Choreographers), and a cast which includes Taylor Danson and Adam Napier (Peter Pan, Regents Park Open Air Theatre). It has given them an opportunity so desired by all young theatre companies: to create brave new work in a financially safe and supportive space.