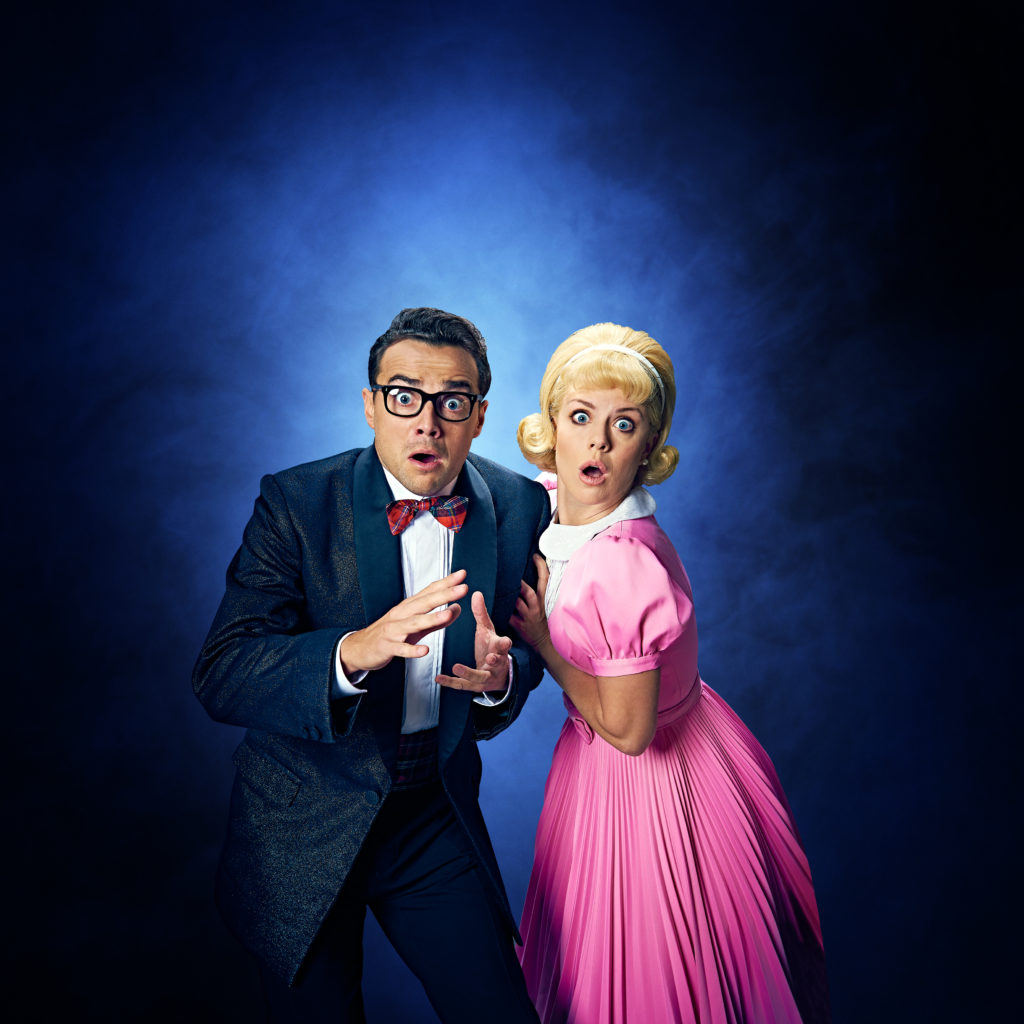 Since starting life in a small 65 seat theatre back in 1973, The Rocky Horror Show has grown phenomenally, and with the iconic motion picture produced in 1975, it has now become a part of everyday culture, tradition, and a sexual revolution. Richard O’ Brien’s Rock n Roll musical is a fantastically camp combination of glorious hits, cheeky comedy and spectacularly saucy costumes galore.

As Richard himself describes the show, “It’s like an alternative pantomime”, and it certainly feels like it. With the appropriately dressed audience shouting on c, singing and dancing throughout, it uses some of the elements of panto people know and love, but it is on a completely different level in terms of production quality.

For those of you not familiar with the plot, newly engaged couple Brad and Janet get caught with a flat tire in a storm, seeking shelter and help in the comforts of a nearby eerie castle, run by a mad transvestite scientist Dr Frank N Furter. Which, simply put, is where all manner of sexy chaos ensues. We meet all sorts of colourful characters throughout such as Riff Raff, a slippery servant with a secret, Rocky, a half-naked perfectly muscled creation, and many many more.

There are so many elements of the show I loved. For starters, the set design by Hugh Durrant was so creative and rich in detail. Hugh had been tasked with modernising the classic set he saw when he first watched the production 45 years ago, and what starts off as a simple cutout of a car and a church, transforms into the inside of the castle which was inspired by Hammer Horror’s gore-infused interiors as well as classic Frankenstein movies. Above the stage is a large film reel unravelling across the ceiling which is a nice nod to the movie and becomes the focal point of the set. Situated above this was the live band, led by Musical Director George Carter, they were fantastic, and it worked really well having them placed up high rather than the traditional pit below the stage, which in my opinion emphasises the importance of the timeless soundtrack and how it plays such a big part in the production.

Huge credit has to go to Costume Designer Sue Blane, who already had experience of fitting Tim Curry into a corset many moons ago! The glorious range of colourfully revealing costumes are such a pivotal element of the show, so much so that half the audience every night visit the theatre dressed in their own stylish gear, such as maids outfits, fishnet tights and, well you can use your imagination.

The entire cast phenomenal. Stephen Webb who played Frank N Furter instantly steals the show, as his character should, with his large, dominating stage presence, and his big strong voice, he commands respect from his servants and fans galore! Another standout performance was Kristian Lavercombe as Riff Raff, hunched over in his tight dark clothing, his performance was equal measures hilarious as it was creepy, again just how it should be! To add to this his vocals were incredible. The role of the Narrator is key for moving the story along, and whilst the rest of the cast are belting out impressive musicals numbers and dance routines, it falls to the Narrator to bring the dry witty humour, and Dom Joly, well known for Trigger Happy TV, does this fantastically, interacting with the audience shout-outs on every occasion which brought laughter to the whole auditorium.

This was one of the highest quality productions I have seen for a very long time, and ultimately behind the glitz and the glamour, at its core this show is all about giving its audiences a great night out. It feels like a party, and by the end you’ll be up on your feet doing the time warp (again).

The Rocky Horror Show runs at the Theatre Royal Brighton until Saturday 5 January 2019.