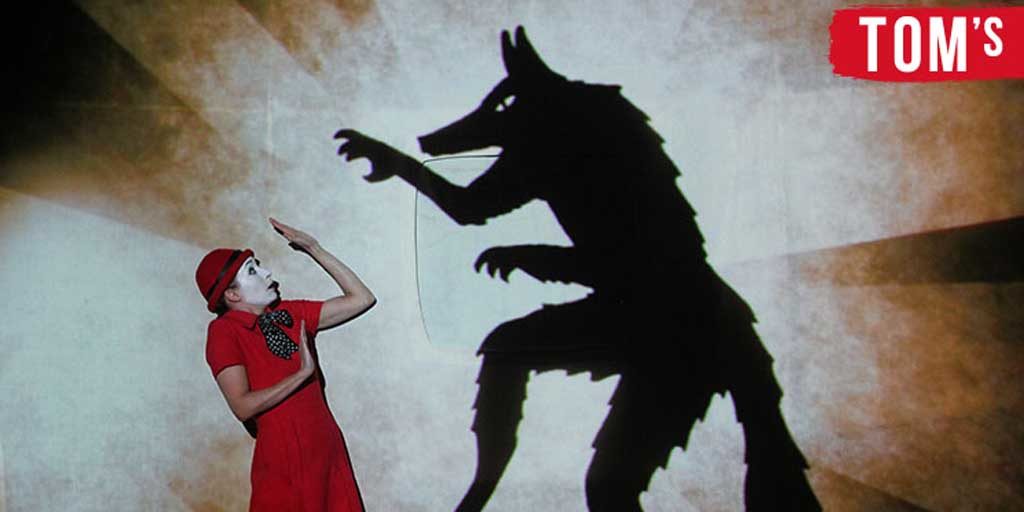 The Animals and Children took to the Streets
19-27
The Old Market, Hove
until 12th January 2019

The Animals and Children took to the Streets | Review

Deep in the Bayou Mansions lurk wild children, nosey old ladies, peeping-toms and a forlorn and desperate caretaker. All tolerate each other reasonably well, until mysterious events unfold one night. The charming but naive Agnes Eaves and her daughter Evie, a middle-class family filled with hope for the children of the Bayou, plan to tame them using various art supplies and a motherly smile. Meanwhile, one young girl prepares her gang for revolution against our faceless antagonist, the uncaring people of the city…

‘The Animals and Children Took to the Streets’ a magically pessimistic (or should that be ‘realistic’?) fairytale, told through live music, mime, traditional storytelling, and most notably, an incredible and seamless integration of projections on screen and live acting by the members of ‘1927’. The sets, events, and many of the are shadow-puppet-style projections that give the entire performance a wonderful Georges Méliès feel. The incredibly talented cast perform with such precision that the entire show was a marvel to behold. Paul Barritt’s fabulously creepy animation and design gives the entire piece a graphic novel/ silent movie/ Stephen Berkoff feeling, which instils in the audience the sense of foreboding the residents of the Bayou face in their day-to-day life, while also being visually spectacular.

Despite the bleak-sounding storyline, ‘The Animals and Children Took to the Streets’ is brilliantly funny, and ‘1927’ create a genuine connection between the characters and the audience. Audience participation is even encouraged at the end of our story, when the Caretaker wordlessly asks for help in deciding which path he should take, resulting in plenty of laughter from the audience.

‘1927’ have created a completely original piece of theatre with something for everyone. They take ‘interactive’ to another level, and this performance was a real pleasure to watch.

The Animals and Children took to the Streets will continue to play at The Old Market, Hove until Saturday 12th January 2019. More information here