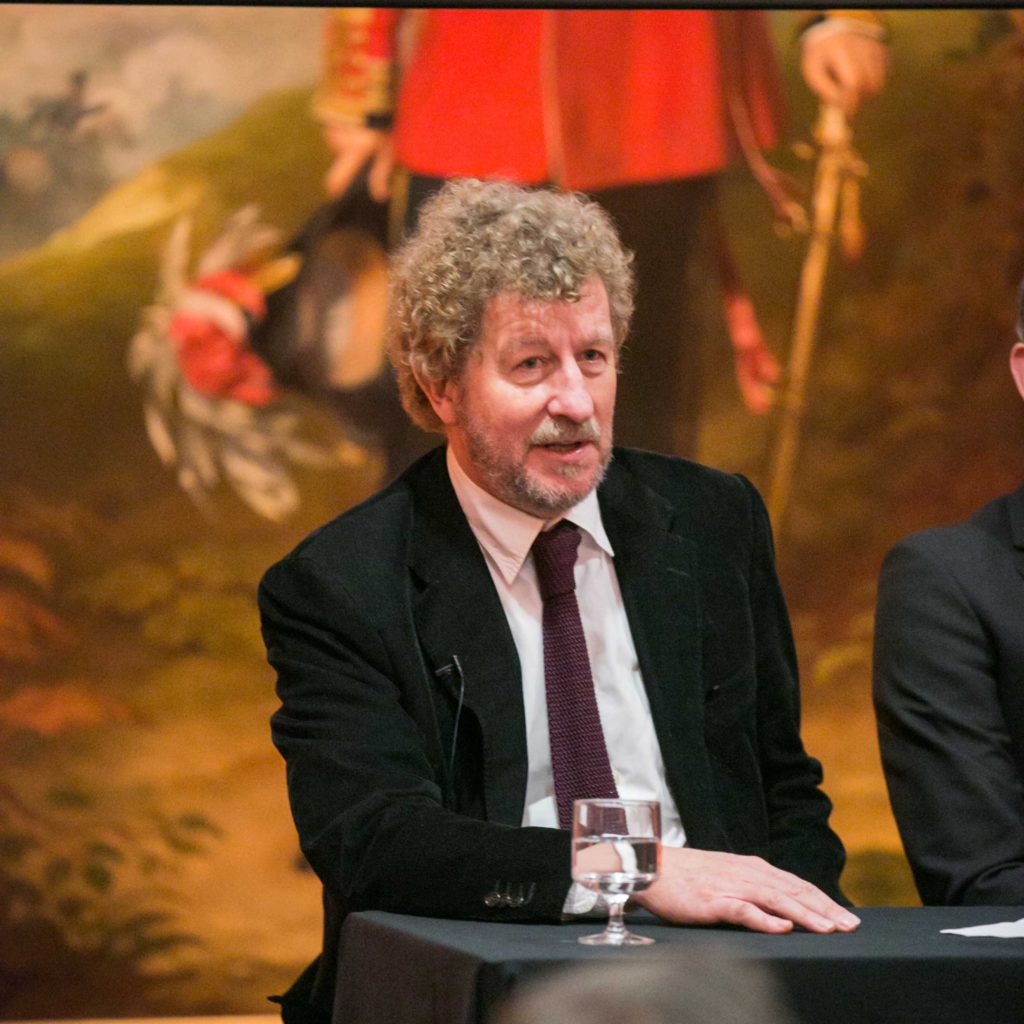 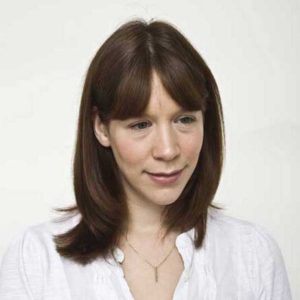 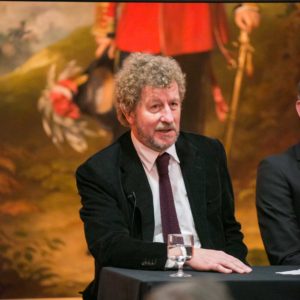 Commemorating the centenary of the Armistice of the First World War, Rachel Wagstaff’s highly acclaimed adaptation of Sebastian Faulks’ bestselling novel Birdsong has embarked on its fourth and final UK tour. In a year with an extensive programme of events to commemorate the end of the First World War, Birdsong shines through with a beautifully sincere testament of love and courage amongst the horrors of war.

You must both feel very proud that the theatre production of Birdsong has had such a long and fruitful life.

“When you write something, you hope that it will mean something to other people too. While there was much to admire in the original West End production, the script didn’t quite work. When I was later approached by the Tour Producers about a regional tour, I couldn’t possibly have envisaged what a beautiful production they would create, what a success they would make of the show. I revised and reworked the show intensively with the director, Alastair Whatley, and suddenly, it came to life. I suppose what I’m most proud of is the way audiences seem to respond; not only that but each year, the show becomes stronger, this year’s tour (re-mounted by Charlotte Peters) being the most powerful version yet,” Rachel said.

“The production seems to get better every time. This version has a quicker pace without losing any intimacy,” agreed Sebastian.

“When Birdsong was first announced, there was a cartoon in Private Eye – do you remember?” Rachel recalled. “It’ll be over by Christmas”. Our director recently pointed out that this show has now lasted longer than the First World War. It means a great deal that this final tour coincides with the final year of four years of commemoration of the war.”

Birdsong has gone through various stages of development, a process that started over a decade ago, as Sebastian recalls his reaction to Rachel’s initial approach.

“I was initially puzzled and wondered why she’d want to turn one thing which had proved to be perfectly satisfactory as a novel into something else. I was also skeptical. Birdsong is quite a novelistic novel: it draws upon all the techniques of fiction. But Rachel argued her case very persuasively because she could see where it could be made to work. So I said OK. When I had a look at the first draft, I saw that Rachel had understood the book and I felt that there was real potential in what she’d done. The difficulty was that I’m a bit all or nothing. Being a novelist, you are the god of the world you have created. You are in complete control, down to the smallest freckle on the nose of one of your characters. I talked to Rachel about the themes and ideas and the history behind the book. I also made occasional one word suggestions but all the rest of it, the middle ground as it were, and especially the dramatic construction, I left to Rachel.”

“More than one word suggestions!” Rachel chuckled. “But you were never overbearing, only ever hugely constructive. It must be very difficult, handing over your creation to someone else but I think over the years we’ve built up a very good understanding. We’re co-adapting two more of Sebastian’s novels for the screen, although they’ve been in “development hell” for some time so who knows if they’ll ever see the light of day!”

More than three million copies of Birdsong have been sold since its publication in 1993 and it is widely considered to be one of the best war novels of all time.  Rachel’s ingenious theatre adaptation has been met with glowing reviews and audience reaction has been phenomenal.  Do you think the excellent reviews of the play are as a result of the original story, the stage production and /or the poignancy of the timing?

“I think they are due to the excellence of the adaptation and the staging, the direction (by Alastair Whatley and Charlotte Peters) and the acting of the cast as a whole,” expressed Sebastian.  “I agree,” said Rachel. “It’s been brilliantly directed and cast; the production is first class. But we are building upon a very profound and much-loved story.  We have, we hope, honoured the themes, characters and heart of the novel, even if we have had to condense and delete various strands in order to create a play that lives and breathes in its own right.”

The play is a cleverly crafted production that strikes a perfect balance by conveying the seriousness of war with light-hearted moments peppered throughout.  We see true camaraderie between the troops, with loveable characters and both tear-jerking and laugh-out-loud moments alike. How does it feel to see your work come to life?

“It’s hugely rewarding – and reassuring too, that we’ve created something that seems to reach people so. Sebastian, do you remember that Q and A we did post show at Cheltenham? There was a woman who talked about a specific moment in the play and said that the extraordinary silence during this moment was the reason she goes to the theatre. I love hearing those silences, feeling the audiences with you – but also I love it when they laugh at the jokes. You want audiences to enjoy the show and the combination of the live music, excellent sound and lighting help to create, we hope, an incredibly immersive experience,” responded Rachel.

Sebastian, what was the inspiration behind Birdsong?

“There was no single inspiration, but there was a multiplicity of thoughts and ideas. The task was to harmonise them into an artistic whole. When I first started researching the war in the late 1980s it was still possible to meet men who had fought in it. That was an important part of it for me – to feel that it was not part of some pageant called ‘history’ but something very real that had had happened very recently – to the man standing next to me.”

“As a child, I was curious about the fact that teachers and other grown-ups had difficulty talking about it. But I didn’t start looking into it closely till I was about 35,” said Sebastian.

“Like Sebastian,” Rachel added. “I first came across the subject at school. I learnt the facts about it in History and then studied the poetry in English class. What amazed me was the scale of the suffering and the futility of it all. I remember being shocked to learn, for example, that almost 20,000 British men lost their lives on the first day of the Battle of the Somme. But it’s difficult to take in facts, isn’t it? Perhaps it was only when I read Birdsong that I began to understand what it might have been like to be an individual in these circumstances.”

Is that why you wanted to adapt Birdsong for the theatre?

“Yes. I loved the novel when I first read it at seventeen, on the bus, on the way to and from school. I felt a profound connection with it.  It struck me even then how well it could take to the theatre – for example, how vividly the tunneling scenes and the intensity of the relationships could be portrayed. I suppose this was my way of paying tribute to a novel that meant so much to me, bringing it to new audiences and afresh to long-standing fans of the novel alike. I felt hopeful that if I could create something that received Sebastian’s approval, it might also pass the scrutiny of all the other fans of the novel!”

Why do you think it is important to remember the First World War?

“I still find it difficult to talk about it without saying something that sounds banal,” explained Rachel. “But it strikes me as particularly important now that there is no longer anyone left alive who served during the Great War. We have to remember to honour those who fought, to pass on their stories, their sacrifices.” Sebastian added, “I agree with Rachel; it is important to honour those who took part and to try and understand their experience, to see what we can learn about the human animal.”

Sebastian, could you talk a little about the work you do with the charity and the ‘There but not there’ art installations?

“I am an ‘ambassador’ for the charity, whose aim is to remember, educate and heal – the latter by giving money from the sale of the figures to charities that help present day service men and women.”

How involved have you both been in the productions – from the West End production to the four UK tours, including this current tour?

“I have tried to be friendly and encouraging, but I have kept a certain distance,” replied Sebastian. “Yes, but you’ve been brilliant,” Rachel said. “From reading various drafts, coming to run-throughs and rehearsals, meeting each cast member to give them your blessing and encouragement and coming to the show, each and every year… Not only that but you’ve even had a cameo several times!”

“Ah yes,” laughed Sebastian. “I have appeared at Brighton, Richmond and Bristol Old Vic in very small parts. The camaraderie is good and I was impressed by how much work is constantly going on back stage while the actors are out front.”

“I was very involved with rehearsals for the West End show and the first two tours,” Rachel explained.

“Each year I have been a little less present, because the stronger the show got, the less useful I became! I’ve been working on various other projects and shows, including a couple coming up soon.” Rachel explained.  These upcoming projects are Rachel’s adaptations of The Girl on the Train, co-written with Duncan Abel, which will premiere at the West Yorkshire Playhouse in May; and the award-winning Flowers for Mrs Harris, which will come back to the stage at the Chichester Festival Theatre in September 2018.

Do you enjoy visiting the production and being part of the process, from joining the actors in post-show Q and As to watching an audience being visibly moved?

“I always enjoy visiting the show. I have made friends with many members of the cast and crew over the years. The Q and A is quite fun. I like watching some of the audiences… My sense is that provincial audiences are better informed than West End ones and more receptive,” said Sebastian. “Yes, it’s always exciting, visiting the show,” Rachel agreed.  It’s a real jolt too, suddenly seeing first hand that it’s still going on somewhere in the country while we’re busy writing new things, living our lives. I too have made friends with cast members and it’s always a pleasure seeing how much they believe in what they’re doing, how hard they are working to bring the story to life so powerfully for audiences each show, every show.”

“There is always a sense of occasion when the curtain goes up and I think this will intensify over the next few weeks,” expressed Sebastian.

One thought on “Sebastian Faulks and Rachel Wagstaff | Birdsong | Interview”