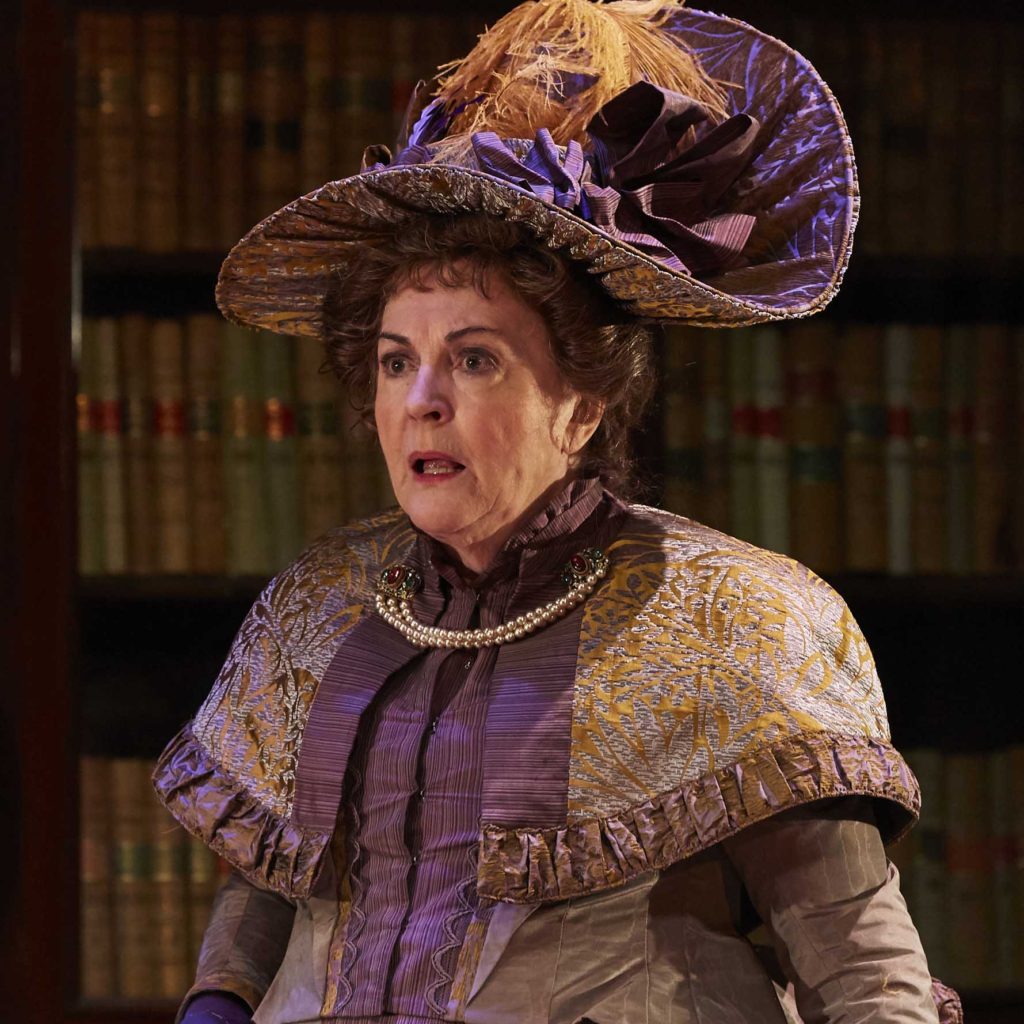 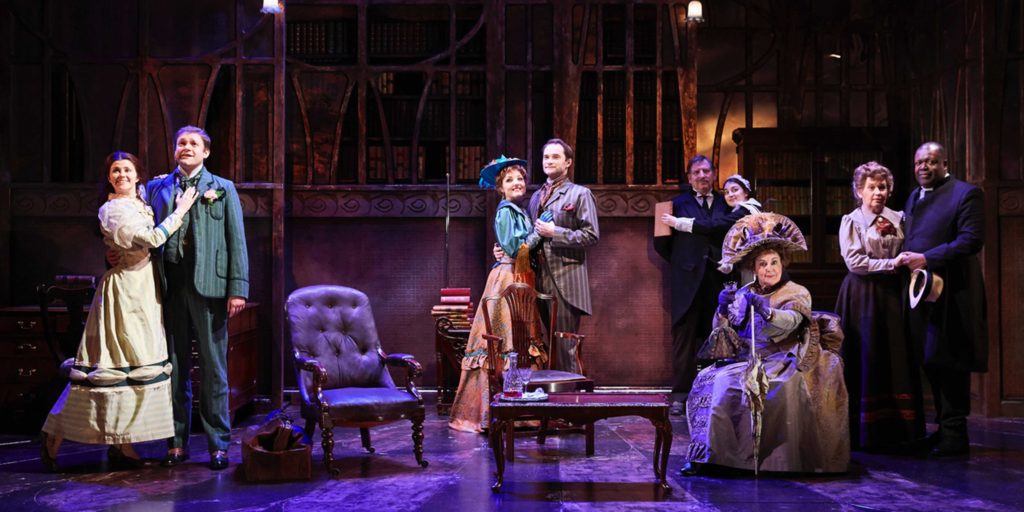 The Importance of Being Earnest

There is no better feeling of suspense in a theatre, than when the curtain is about to rise to unveil to the audience what is in store for the evening. I love the excitement of seeing a grand set reveal itself, and I certainly wasn’t disappointed.

Having seen The Original Theatre Company‘s previous production of Shadowlands, I had a good idea that the set would be big, bold and beautiful and it certainly was just that.

Interestingly the play was broken into three acts with two intervals, something I had not experienced in theatre before aside from watching the Royal Opera House, and this gave the creative team the chance to show off different sets for each act, from Algernon’s flat in London, to Jack Worthing’s country house in Hertfordshire, to the library in the manor, each one was a grand as the last.

As someone who lives in Worthing, I take great pride in the fact that Oscar Wilde wrote The Importance of Being Earnest in my seaside town back in 1894. A classic play that has stood the test of time for many a good reason. It is silly in all of the right places, whilst being intelligent throughout in its reflection of society and the hierarchies of the class system.

The story is centred around ‘Jack Worthing’ who is madly in love with Gwendolin Fairfax, but a few matters stand in his way. Firstly, the small matter of his real name not being Earnest for which she loves him most for, and secondly Lady Bracknell’s approval and desire for her daughter to be married into a family of wealth and respect. Mix that with the hilarity of Algernon Moncrieff, who later falls in love with Jack’s ward Cessily in Act 2, and the story is set up perfectly for some great moments of mischief and hilarity.

The cast as a whole were fantastic, with excellent direction from Alastair Whatley as expected. The stand out performer for me was Thomas Howes who played Algernon Moncrieff. He epitomises the light-hearted comical nature of the play, and is constantly eating throughout the story, which I related to quite strongly! The audience loved Gwen Taylor who played Lady Bracknell, a regular on television know for shows such as Coronation Street and Heartbeat, the crowd would laugh out loud on many occasion with the effective use of the character’s dry humour.

It is a fantastic show that I would highly recommend for lovers of classic theatre and anyone looking for a great evening of entertainment.