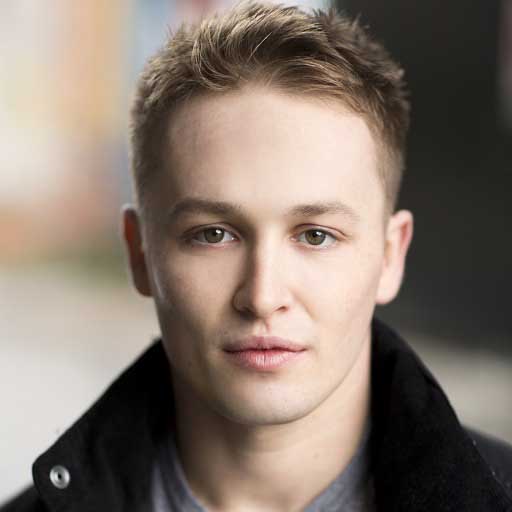 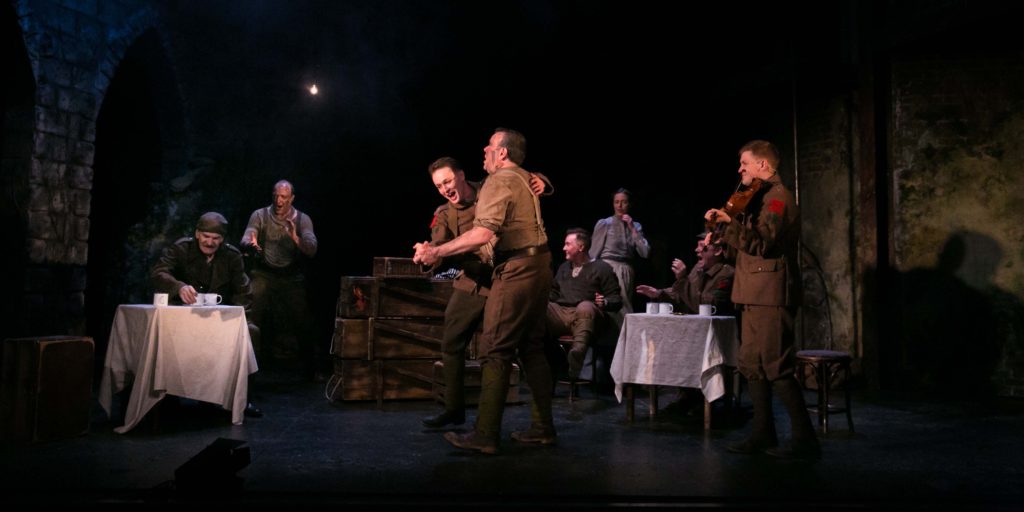 Marking the centenary of the end of the First World War, Rachel Wagstaff’s highly acclaimed adaptation of Sebastian Faulks’s best-selling novel, Birdsong will be showing at Bromley’s Churchill Theatre, Tue 1 – Sat 5 May, as part of the productions fourth and final UK tour.

Hi Alfie, we haven’t seen you on our screens since Hollyoaks, what have you been up to?

I recorded a part for a drama but it was left on the editor’s floor. To be honest with you, I can understand why; it was quite a pressing drama and my role was comedic, it didn’t fit in. Then I went for the audition of Tipper in Birdsong and here I am!

How is the Birdsong tour going so far?

It is going extremely well. I have never done theatre before so it is a learning curve for me, I am really enjoying it.

You must feel very privileged to be a part of the touring production of Birdsong.

I truly am, the production is based on an iconic book and the script is fantastic. I jumped at the chance of being a part of it.

Tell us about your character, Tipper.

Tipper is only 15 years old – he lied about his age to get into the army, thinking it would be fun to make new friends and spend a lot of time with them; and have others think he was heroic. He represents a lot of young men who signed up at that time. He soon realises there is more to being in the army though. Without giving too much away, he soon starts asking himself if it is too much to handle.

How do you get into character?

Some people go through a deep process but for me, I get into character as soon as I step on stage, I snap into another life. Tipper is an emotional character to play, it is exhausting but an absolute honour to play him.

Tell us about the rehearsals for the show.

It was a really intense three weeks. In every scene, no matter how big or small, you were asked, ‘Why are you playing it like that?’ You don’t have time to work like that in TV, it was fascinating. Having never worked in theatre before, I have also been surprised by how fluid a show can be once you’ve left the rehearsal room. We constantly talk about what did and didn’t work during the last show and agree on how we can make it better. It’s constantly evolving.

What is the most poignant part of the production for you?

There is a scene where Tom is cradling Tim, it shows the true bond and brotherhood that comes with being in the military.

Were you told war stories when you were younger?

I was, my Great Grandad fought in WWII. He was blown off a ship and oil got into his ears and he became deaf at the age of 19. We had a great bond, we both loved boxing, he used to box when in the army and I took it up when I was younger, you could always hear him shouting for me. He and my great nan had a great relationship, they were very tight together.

What have you learnt since being in the production?

I did GCSE History, so I had a good knowledge of the wars but not enough about tunnelling and Sappers. They built the trenches for our men and often came face to face with German soldiers in the tunnels. They were in the trenches for 10 hours a day sometimes and often lost their friends.

What would you say to anyone who is thinking about seeing the show?

The show is both emotional and fantastic. This year marks the centenary of the end of the First World War, it is important that we continue to remember those who fought for our country.