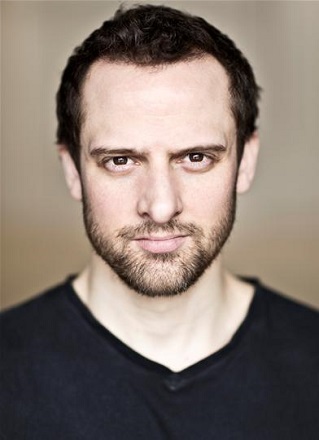 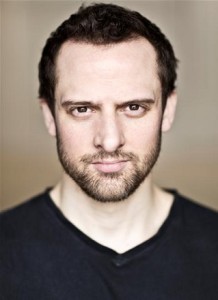 Michael Rouse has joined the cast of Three Men in a Boat for the 2015 leg of a nationwide tour which has set sail this week and is due to dock at the Rose Theatre Kingston 12th-14 February and the Devonshire Park Theatre Eastbourne 3-7th March as well as other UK destinations.

I briefly caught up with Michael this week to talk about the tour which opened Wednesday (21st January 2015) at the Cambridge Arts Centre.

Hi Michael, Good to speak to you, how has ‘Three Men In A Boat’ been received so far?

You have been in a whole string of musicals (Matilda, The Bodyguard, Carousel amongst others), is this your first ‘comedy’?

Not at all, but it is the first time I have done only a three-hander. The script is really very funny which was why I was really attracted to the piece. I am really thrilled to be doing it.

Although, I have read that there is live piano accompaniment in the production and music hall singing.

Our Director Craig Gilbert who also adapted the story together with the producer manage to pepper the script with Music Hall songs for brief moments in the show which are really charming and a lot of fun.

People may be familiar with the TV show Three Men in a Boat with Dara O’Briain but it was originally a story written over 100 years ago by Jerome K Jerome. Tell me what we can expect from the stage show.

Yes, I read the book when I was a teenager, and it spoke to me then as well as speaks to me now, the comedy is classic. It is not making any statements, it is just a lot of fun to watch. The premise is very simple. Three men want to escape the city and go on holiday. They decide to go for a row up the river Thames for two weeks. The joy in the story comes from all their failures, their stopovers and their arguments. It is all about friendship essentially. I am very lucky to be with Tom Hackney and David Partridge and thankfully we are not as tempestuous as J, George and Harris, our characters.

Do you use a real boat?

No there is no floating blue silk. The whole production is set in a pub where J turns up to give a talk We tell the story to the audience using everything around us. We ‘create’ the boat and also the dog because it wouldn’t be Three Men and a boat without a dog. There is a lot of fun to be had.

Do you have any plans for when the tour finishes in March?

Lots of things in the pipeline, but nothing definite yet. Recently it has been very full-on and I am focusing fully on this at the moment.

One final question : If you were inspired to go on a boat trip with two friends – what sort of boat would it be and where would you go?

A Sailing boat and I think it would have to be the Caribbean.

I like your style Michael! Good luck with the rest of your tour I hope that it continues to go really well.