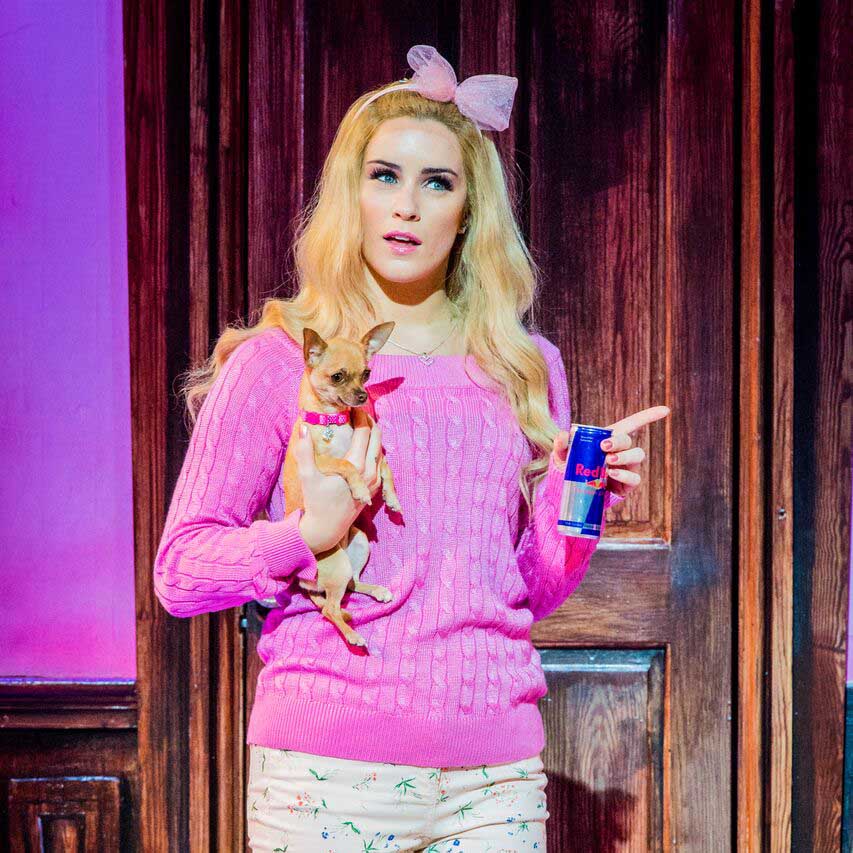 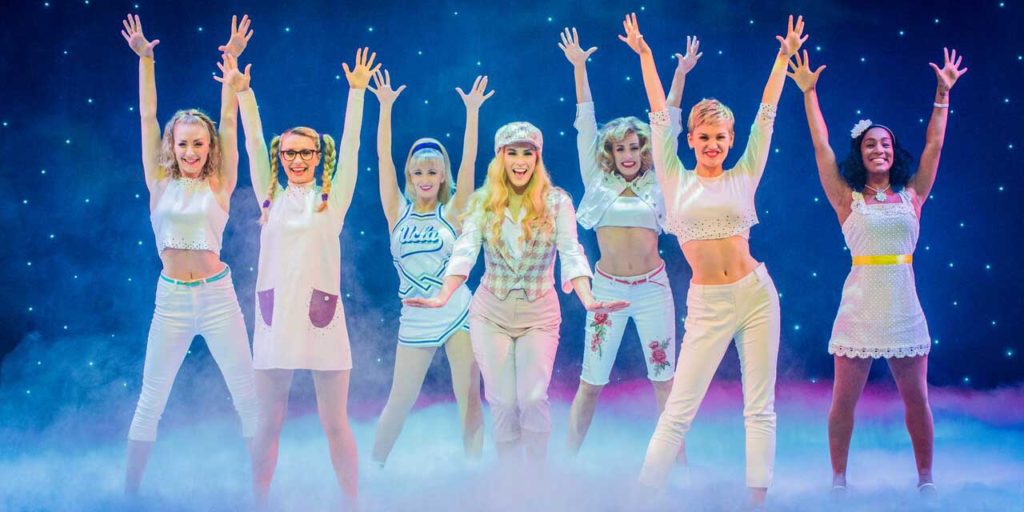 Nearing the end of its UK and Ireland Tour, Legally Blonde, opened at Brighton’s Theatre Royal on Monday 11th June 2018 to a nearly sold out audience. The show holds true to the film with the addition of some fantastic songs such as; Chip on My Shoulder, Bend and Snap, Whipped into Shape and Legally Blonde.

Like the film, the musical follows the life of sorority president Elle Woods (Lucie Jones), who is a picture of the stereotypical Cali-girl, characterised for her obsession with pink, fashion and her boyfriend, Warner Huntington III (Liam Doyle). When dumped by Warner, Elle makes it her mission to win him back. To do so she follows him to Harvard University to study law, where she must find the balance between popularity and intelligence whilst constantly fighting between her heart and her mind.

Former X Factor and Eurovision talent Lucie Jones heads the cast with her incredibly hilarious and endearing take on the widely loved character Elle Woods. Bringing energy, humour and womanpower to the role. Jones is also joined by Rita Simons who stars as Paulette Bonafonté, a friend Elle meets along her journey. Best known for her role as Roxy Mitchell in EastEnders, Rita Simons was warmly welcomed onto the stage and was incredibly suited to her role. It should be duly noted that the show featured two, impeccably behaved dogs – Bruiser (Elle’s dog) and Rufus (Paulette’s dog). It is fair to say that the phrase ‘Never work with animals or children’ was well and truly quashed in this instant and for many amongst the audience, they were the absolute highlight.

Aside from a few negligible yet awkward set issues in the first act, the overall set and staging were generally impressive and captivating. Particularly the scenes within the court, where accompanied by the striking choreography made for the highlights of the show.

Legally Blonde is playing at Theatre Royal Brighton until the 16th June 2018. Do not miss your chance to see this hilarious and endearing show.