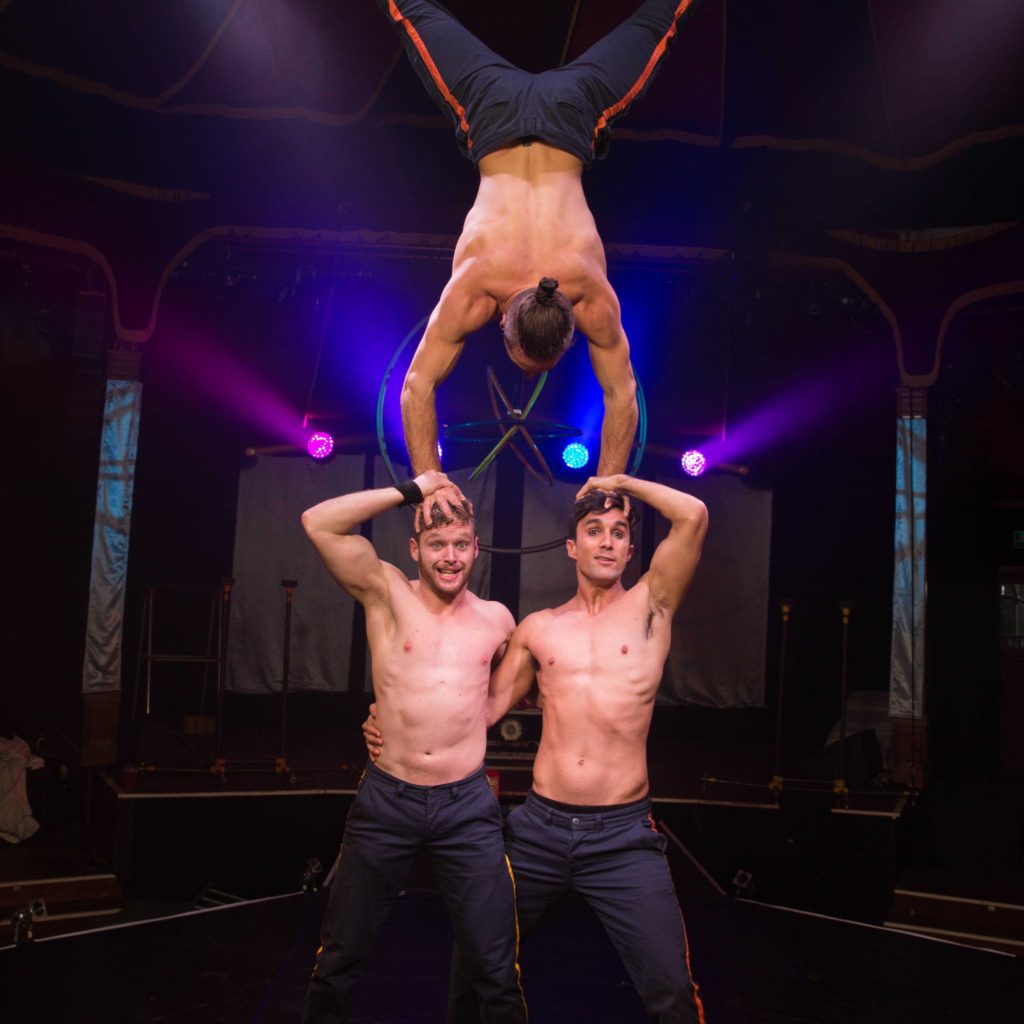 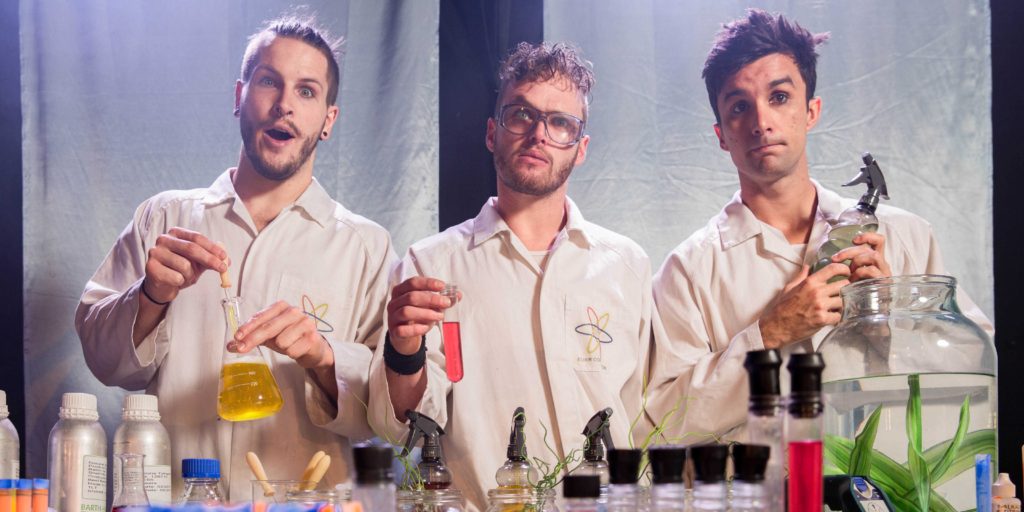 “You can tag us as Head First Acrobats….or Best Show Ever?….”

A bold request at the end of a show, but for me, it is certainly a strong contender for such an accolade. Showing at the South Bank’s Underbelly Festival (didn’t it used to be Udderbelly? Anyone else having visions of an upside-down cow?), Head First Acrobat’s Elixir hits the ground running, and flexing, and performing some stunning acrobatic feats.

As three blundering scientists search to find the Elixir of Life, their ‘failed’ discoveries result in miraculous tricks and acrobatics, including hand-to-hand balance, trapeze, cyr wheel, and so many other amazing stunts. This might be expected of a contemporary circus show (and indeed, having just seen The Exploded Circus mere weeks before, I came to Elixir with a certain level of expectation). What I had not anticipated was the laugh-out-loud comedy, which only picks up pace as the artists spark off the audience. And since the Spiegeltent venue is a fairly intimate one, there really is nowhere to hide…

Are there any moments I should highlight? Probably every moment from the zombie apocalypse opening to the final bows. Perhaps I could give special mention to Cal Harris’ sensual duet with a ladder, or Thomas Gorham’s zombie-breakdancing, or Rowan Thomas’ comedic cyr wheel solo? Not to forget the Thriller tribute moment…. A truly talented trio.

If you haven’t gathered yet from my glowing report that this is an absolute five-star production, head to the Spiegeltent to find out for yourself (taking heed of the ’12 years +’ advice). You may be hugged. You may be sat upon. You may even be whacked with an inflatable limb. But you will most definitely be entertained.

Presented by: Underbelly and Head First Acrobats
Suitable for ages 12 and up