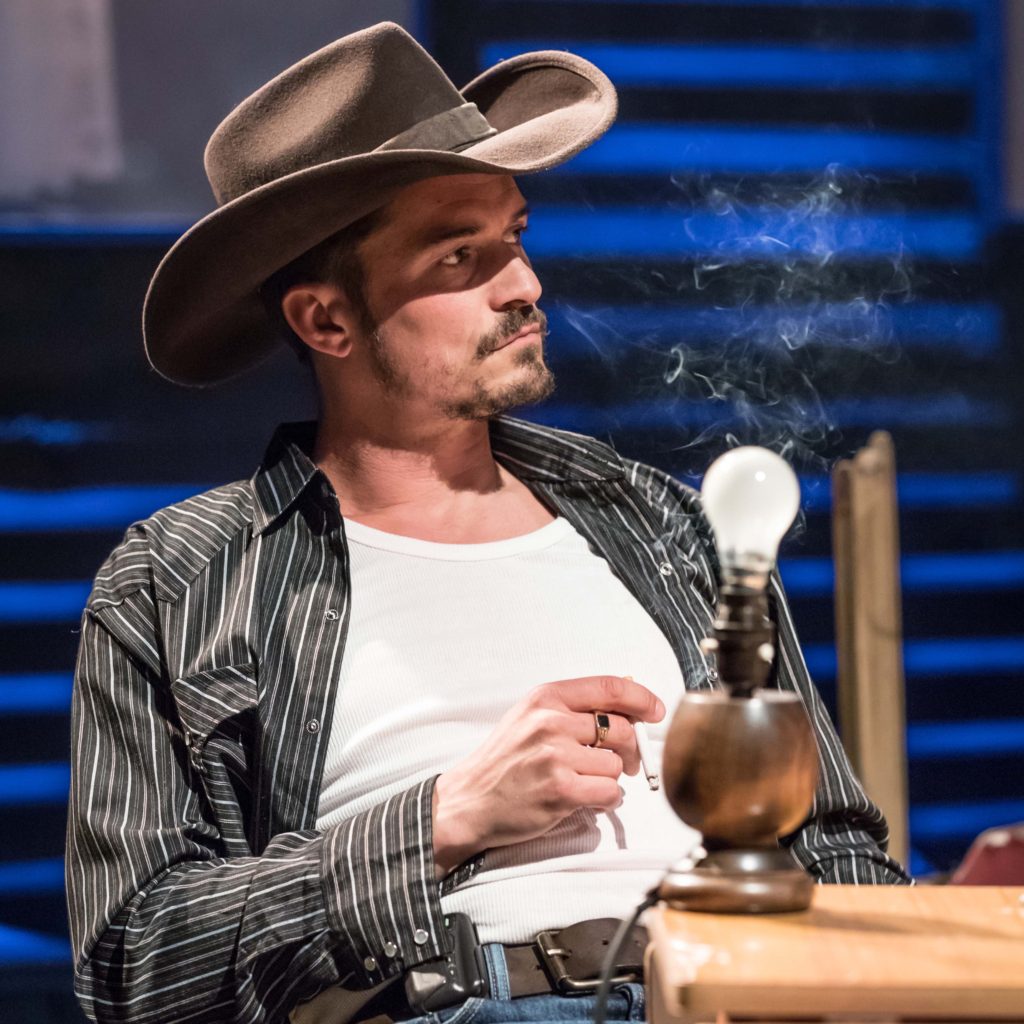 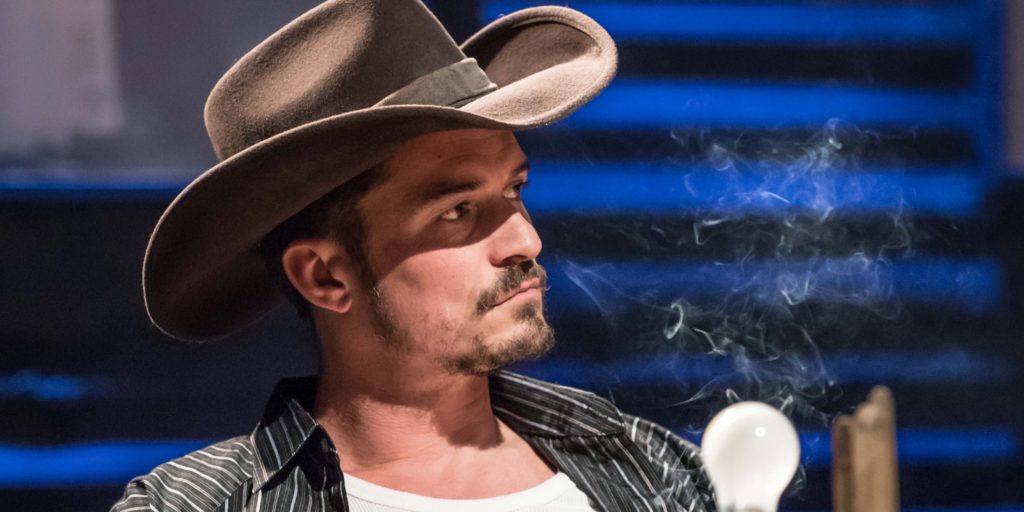 Tracy Letts’ 1993 play involves a truly dysfunctional Texan family of father Ansel (Steffan Rhodri), son Chris (Adam Gillen), sister Dottie (Sophie Cookson) and stepmother Sharla (Neve McIntosh). Chris is in danger after clocking up a major drug debt and he and Ansel cook up a plot to get rid of Chris’s mother (Ansel’s ex wife) in order to pay off the dealer. Orlando Bloom portrays Joe Cooper, a cop and part-time hit man. He agrees to carry out the deed but demands a down payment in the form of Dottie, the virginal daughter of the family.

The play has an interesting, dark and serious subject, however the tinges of humour certainly help in lightening the mood.  The story is as gripping, as it is difficult to watch at times.

Letts allows his desolate characters to express themselves, in more ways than one with three of the five appearing stark naked at some point.  It is questionable as to whether the nudity is necessary in a play with such a bleak story but perhaps this is a true reflection of the personalities Letts is trying to portray.  The pace is set from the beginning and persists throughout unabated, with Bloom portraying a forceful, controlling character with a very compelling stage presence. Adam Gillen is also very convincing as the drug addled, desperate son, who at least does try to show some sympathy for his sister’s plight.

Trafalgar Studio provides an intimate venue, with some of the audience sitting right on the stage and this adds to the tense scenes that unfold in front of you. It’s a bold, characterful and intense drama that unfortunately shows modern humanity in it’s worst form.