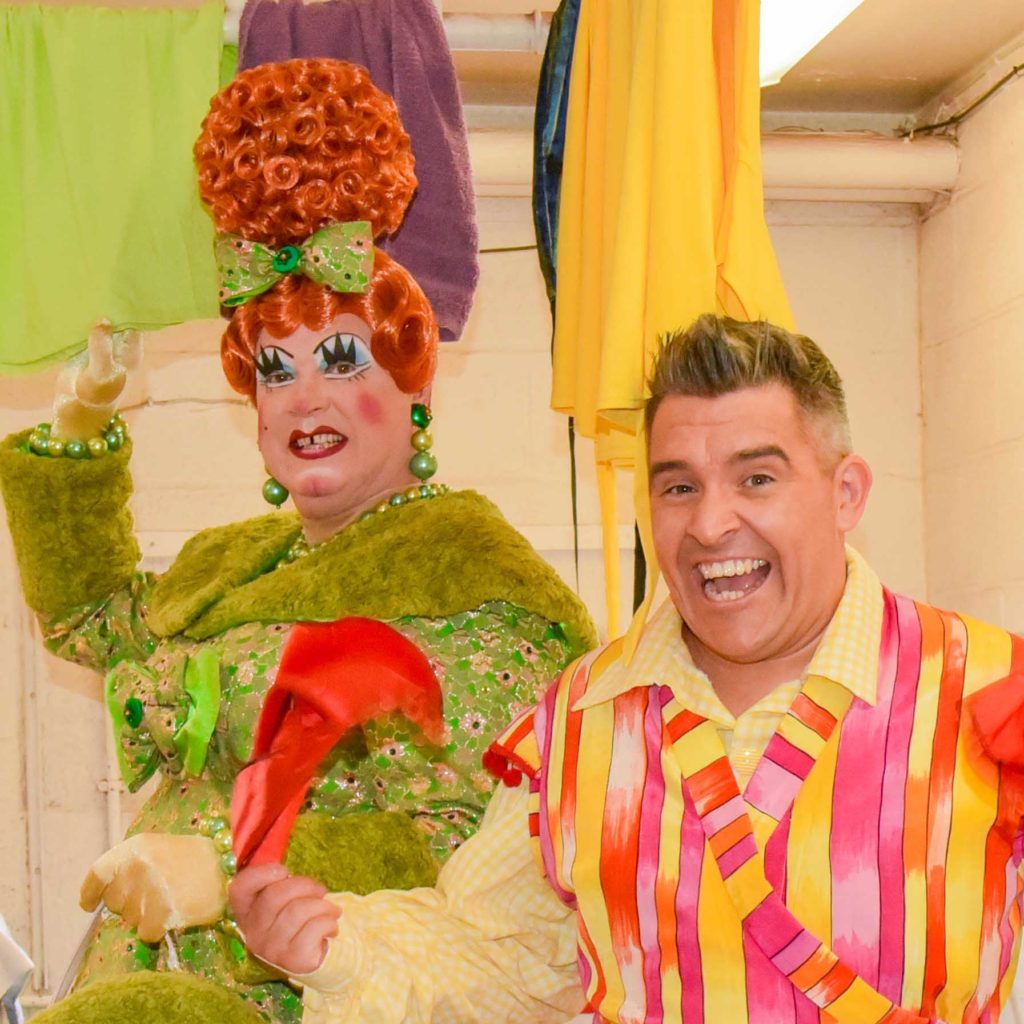 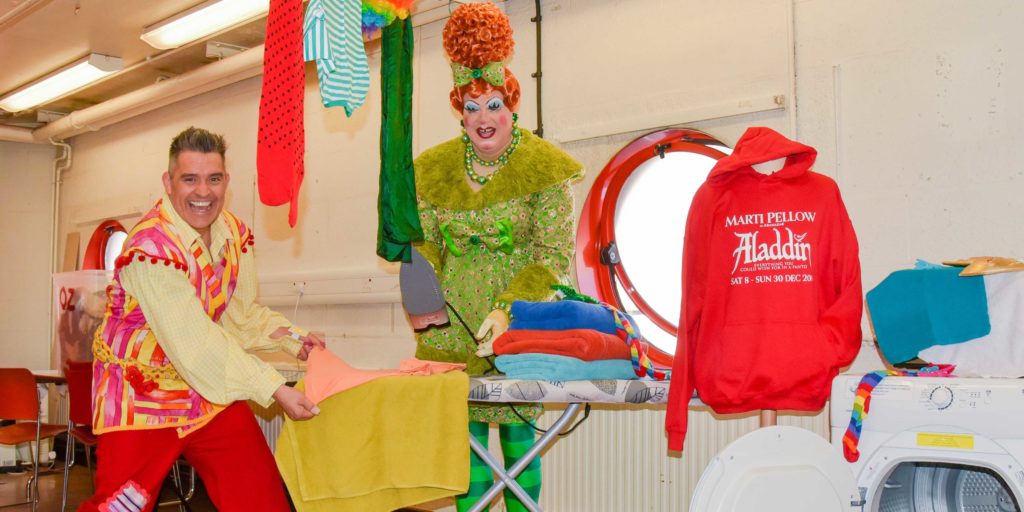 The Orchard Theatre’s annual Open House event was the setting for an interview with the stars of this year’s pantomime, Aladdin. Britain’s Got Talent semi-finalist Ricky K, playing Wishee Washee, clowns about for the families eagerly waiting to come in and explore the theatre, while our dame David Robbins, playing Widow Twankey, jokingly instructs his ‘son’ to cut the bunting and open the theatre. After posing for some photos with fans, they settle down in a dressing room to chat to Rochelle Bisson about the joys of panto, David’s wigs and Ricky’s six pack!

We can’t wait to welcome you to Dartford for our panto this year, but I understand it’s not your first! How many pantomimes have you done now?

Was that for Britain’s Got Talent? How did the programme change your life?

RK: It was a great experience and loads of people recognise me now in Greggs, which I’m very excited about as I love Greggs. I did the show to get my routine out to a wider audience. I mean it’s had 8 million views now and that’s just my mum! It’s so lovely because it means I get to do pantos with great casts at Christmas and then I get to do my show through the year too.
I do think there’s a misconception with Britain’s Got Talent, that people think I didn’t perform before the show. I’m a trained dancer and dance teacher by trade. One night at a show someone was taken ill and I went on stage instead, sang a few songs and did some ad libs. I thought I quite like this so I grabbed an agent and I’ve been doing it for 20 years!

David, I hear you have some other theatrical talents too?

DR: I trained on a Stage Management course and specialised in costume and props. When not working as a dame or an actor I did work as a wiggie in theatre. I used to work on Hairspray, Sister Act, Lord of the Rings and tours of Barnum.

So do you make all of your own costumes and wigs?

DR: I don’t make everything now as I don’t have the time but I have a hand in it – I oversee and design and if I can make anything I will, but I do make all these wigs (pointing to his fabulous red wig).
It’s getting more unusual though – it used to be that a lot of dames made their own costumes, wigs and accessories. I don’t know whether it’s because companies such as QDOS have such amazing costumes!

What’s your favourite character to play in a pantomime?

RK: My ultimate favourite would be Buttons. I think it has all the elements of panto – the pathos, the comedy, the singing, the story. I’m Wishee Washee this year and I’ve never done this role before so I’m really excited to do it.
DR: Well I played an ugly sister for 13 years and loved it. I think it’s something about being the dame but also the baddie. I do love playing dames – they are very different and I enjoy them as much as each other. I suppose it’s because I’ve been doing it for so long!

What do you think is so important about pantomimes? It happens every year but why should people and families keep coming back again and again?

DR: It’s that thing of going to the theatre, keeping it alive and keeping theatre going. Panto yes or even a kid’s show, whatever it is, take your kids to the theatre.
RK: Panto is one of the first things you see and it’s often your first introduction to the theatre…
DR: …and you go with your family so a lot of the kids, especially the little ones, aren’t as scared because they are with their family. It makes it all alright and they can sit there and enjoy it and hopefully then keep coming back.
RK: It really is the magic of panto!
DR: Also it gives the kids an insight into possibly becoming a performer. If that dies out, there’ll be no theatre so we need to spark interest across the board.

What are you going to bring to the show?

RK: My good looks and six pack.
DR: Fabulous frocks!
RK: A good laugh on stage. Comedy is king in pantomime and I’m very excited to do the scenes with Marti and everyone in the cast. It’s a new area for me too – I’m a Yorkshireman who lives in Newcastle and I don’t do much in the south so it will be interesting to bring a northerner into things. Everyone will be getting the google translate out!

So what are you looking forward to most in this new area for you, Dartford?

RK: I’m excited to go in TK Maxx, I spotted it on the way in.

(laughing)… and what about Aladdin? Why should people come to The Orchard Theatre’s panto over any others?

DR: I don’t know if I can say, it might give it away! It’s going to be amazing. I can’t tell you the things will happen!
RK: Bigger, brighter, better… #Youdontwanttomissathing

After that teaser, how can you miss it? Tickets are on sale now for this spectacular show starring Marti Pellow alongside Ricky K and David Robbins, opening at The Orchard Theatre on Saturday 8 December. Go online at orchardtheatre.co.uk or call the Ticket Office on 01322 220000.