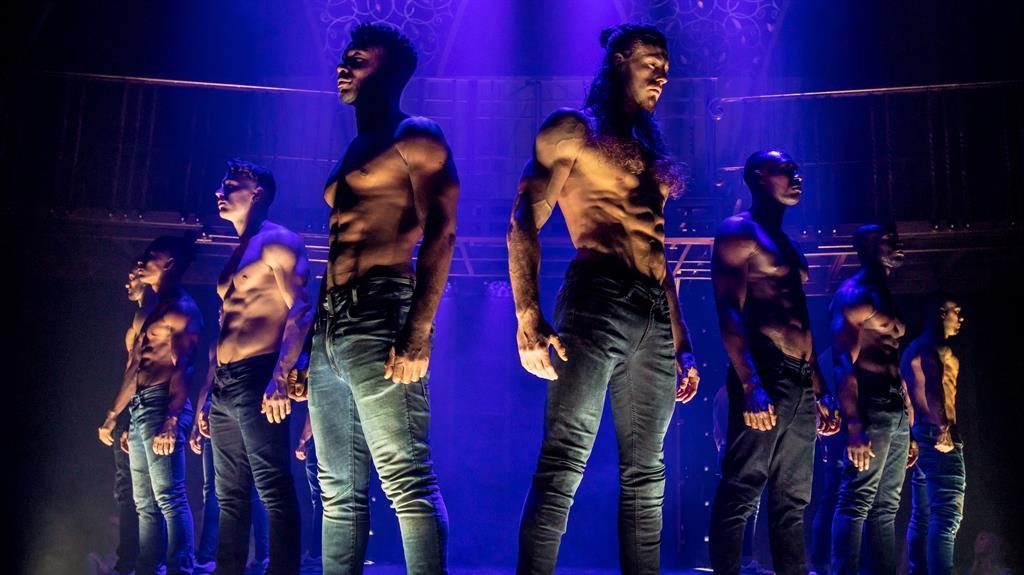 Stepping inside The Hippodrome is always an experience, weaving between gambling tables and slot machines and then ascending the staircase to a sumptuous cocktail bar and finally to the entrance of the venue isn’t your usual theatrical experience.

Usually home to some pretty spectacular and intimate cabarets as well as the occasional awards show, the theatre at the Hippodrome is unrecognisable tonight as it has been transformed to host Magic Mike Live. When tickets went on sale most of the shows sold out within five days.  More shows were added and Magic Mike is now booking until October 2019.

Not heard of Magic Mike? Where have you been? It is a sexy, hot film made in 2012 based loosely on the early stripping career of Channing Tatum, it was such a success, a sequel Magic Mike XXL soon followed.

I joined the 300+ other women in the cocktail bar before the show, all excitedly quaffing massive, outrageously expensive cocktails in eager anticipation of what was to come. As we entered the theatre itself the expectancy was skyhigh.

So; the show itself? It is lots of fun and more! Whereas the films had a plot, the show which Tatum himself has conceived and co-directed does not, and, is essentially a celebration of the male body. On offer are a dozen torsos each having beautifully honed abs, dancing, gyrating, flirting and are essentially there simply to be admired and, if you are lucky enough (or depending on your personality brave enough) touched. They never actually strip but trust me, there is plenty to gawp at ?

Sophie Linder-Lee has the most amazing job in the world as she stands in the midst of these rather handsome men. She asks us to enjoy them, and appreciate them, just as they (ahem) appreciate us. She asks us what we look for in a man and promises these men are here to make our (wet) dreams come true. The links are crass and often vulgar, but the vast majority of the audience lap it up. We are encouraged to be empowered and be in control, we are given a safe word ‘Unicorn’ to use in case we feel uncomfortable during the show.

Numerous times throughout the 90 minutes the dancers interact with the delighted audience. It seemed the safe word was rarely uttered as they danced from person to person, leaving many wanting more and some more than a little disappointed that they were left out.

Certainly, a night to remember! Magic Mike is currently booking at the Hippodrome Casino until October 2019. Tickets are fairly expensive ‘starting’ at £65 but they are selling so well that it shows that Magic Mike is aimed at giving women EXACTLY what they want.

Magic Mike Live guests must be at least 18 years to attend – appropriate photo ID will be requested on arrival at the venue – gambleaware.org