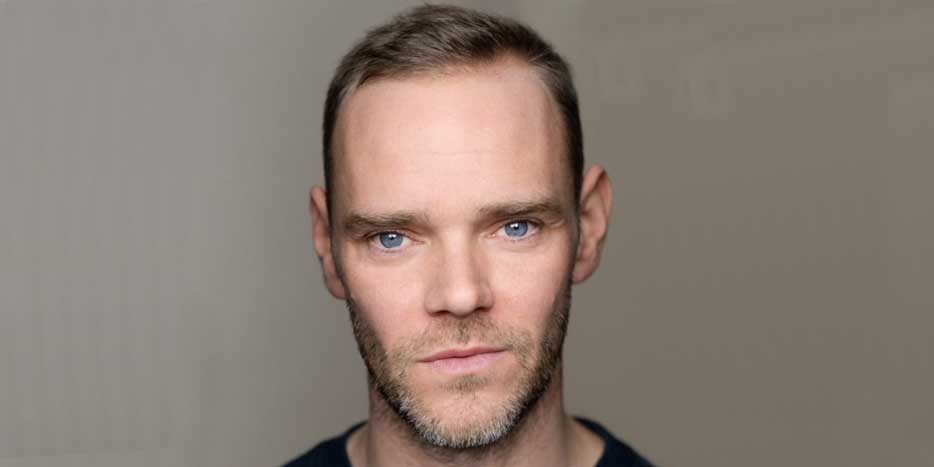 After a successful autumn tour, the play, based on Stephan King’s 1982 novella Rita Hayworth and Shawshank Redemption, will continue to entertain audiences from January 2023, visiting Theatre Royal Brighton from Monday 23 to Saturday 28 Jan.

Adapted by Owen O’Neill and Dave Johns, this thrilling stage production examines desperation, injustice, friendship and hope behind the claustrophobic bars of a maximum-security facility.

The 1994 feature film, starring Tim Robbins and Morgan Freeman, was nominated for seven Academy Awards. The Shawshank Redemption went on to become the nation’s favourite movie and a huge source of inspiration to film makers, with The National Film Registry citing the film as “culturally, historically, or aesthetically significant”.

This production will see Joe Absolom continue in the role of the wrongly convicted Andy Dufresne with Ben Onwukwe as his inmate Ellis “Red” Redding.

With an impressive TV career, Joe Absolom has barely been off our screens in twenty-five years: from Matthew Rose in EastEnders to Al Large in Doc Martin, Christopher Halliwell in A Confession and Andy Warren in The Bay.

A few questions were put to Joe Absolom about his career and the role he is about to play.

What appealed to you about The Shawshank Redemption?

I’ve only done one play, Abigail’s Party, and that was ten years ago. I wanted to get back on stage because it’s a different buzz from doing television so when it came along I just couldn’t say no to it. It’s such a fantastic role and a great opportunity to give it a different spin – to get a great cast together, take it around the country, make some good friends and do some good theatre. The world has been pretty closed over the last couple of years so it’s great to get people back into theatres.

How would you describe Andy as a character?

Andy is a banker who is respected in his community and in his family life. He’s a good man to whom this awful event happens. He’s convicted for the murder of his wife and her lover, and suddenly he’s in a prison surrounded by people who want to tear him apart. He’s a fish out of water, the quiet guy who stands off to the side and who doesn’t want to get involved in the banter or the haranguing of new inmates. He just wants to keep his head down and try and get through this ordeal. His resolve is something that really appealed to me. You hear stories about people like him patiently digging their way out of prison of war camps and I don’t know how they do it, managing just a few millimetres every day. The thought of tunnelling through a stone wall with a spoon is so alien to us in an age where accessing everything is so immediate, but when stuff hits the fan the human mind is the strongest thing we have. Our brain is the most powerful computer.

Does playing him present any particular challenges for you?

It’s difficult when you’re doing something that is so well-known. You want people to see it fresh. How do we do a fresh take on an old story? But the people I’ve told about it are really excited about seeing this story realised on stage. I’ve just finished filming the new series of Doc Martin and  when I told them what I was doing next they said ‘That sounds great’.

The Shawshank Redemption started as a Stephen King novella, then it was a film and now it’s a play. Why do you think the story is so beloved by people?

It’s a story of friendship and it’s a story of hope. It’s about the fact that whatever happens in life you can either just give up or you can say to yourself ‘I’m going to employ my spirit and fight what’s in front of me’. Life is ups and downs and it’s about how you get through the downs. This is a severe down moment for Andy and his circumstances are horrific, but he envisions himself sitting on a beach at the end of it, having climbed all these walls that have been put in front of him.

The film is among many people’s all-time favourites. Where does it rank on your list?

I hadn’t seen it and I thought there was a line in it about a box of chocolates. [Laughs] Of course I’d gotten it mixed up with Forrest Gump. My wife told me to watch it because it’s one of her favourite films and everyone I spoke to about the play went ‘It’s a brilliant film’. So, I watched it with my wife and I was amazed by how good it was, but also terrified about doing it on stage because it’s iconic in lots of ways.

Are there still surprises in store for those who already know the outcome?

Yes, there are a few tweaks. Everyone who knows the story knows what happens at the end. It’s like the story of The Titanic; when we went to see the film we all knew the ship was going to sink but it was about how they got there and how it was dramatised. It’s the same with this play, bringing all the characters together and taking them and the audience on a journey.

Why do you think prison dramas are so gripping for audiences?

They bring characters together who don’t normally fit together – characters from such different walks of life, like the prison guards or people like Red in the play who are almost heroic. We get to see them as humans, with all their strengths and flaws, rather than simply as criminals. The prison system and society classes them as criminals but behind bars they’re a society amongst themselves. They’re just people trying to survive.

You first came to fame on EastEnders in 1997. What are your memories of your time on the show?

I was 18 when I joined the show and earning some money, and it was like the world was opening up to me. It was just a brilliant time. I went from having a paper round to being paid to be an actor. I stayed at home and I’d get the train in. I loved it. One year I got nine of my mates into The Reading Festival because they were like ‘He’s on EastEnders’. When I look back I think ‘Wow, it was really good fun’. I got to work with people like Barbara Windsor, Nadia Sawalha, Tamzin Outhwaite and Marc Bannerman, all of whom I really loved and who looked after me. Nadia took me under her wing. I recently did Loose Women and it was so nice to see her again and piece all our memories together. I think it was a good era of telly for EastEnders.

Why has it taken you ten years since Abigail’s Party to get back on stage?

There’s the fear of it, plus television is fairly easy by comparison. Each take might be intense but then you’re sitting around for a couple of hours. Plus, to be honest, nothing has really come up stage-wise so when I was approached about The Shawshank Redemption I was really interested. At the end of last year I remember reading Anthony Sher’s obituary and he did so much in his career. I started thinking ‘If I die, what will they write about me?’ [Laughs] Would it be ‘He was in EastEnders and he did Doc Martin for 20 years’? Then Selina Cadell, who plays Mrs Tishell on Doc Martin, asked me if I wanted to see her friend in a one-woman show of Great Expectations in a church hall in Cornwall. It turned out that her friend was Eddie Izzard doing an abridged version in about two and a half hours. Everyone in the hall was amazed and I sat there thinking ‘I’ve got to up my game’. So when Shawshank came up a few months later I knew I had to take it.

Are you nervous about it?

Well, I am nervous but I’m actually more excited. I keep doing that English thing of trying to moan about it and go “It’s going to be really tough’. But I have to stop myself because I don’t feel that at all. I’m genuinely excited. My default setting as an Englishman is to moan about everything but I have to remind myself to override that and go ‘Dude, this is a great opportunity’.

What are you most looking forward to about touring with the play?

I have a very poor knowledge of this country. As a Londoner in EastEnders, you think ‘This is the heart of everything’ and although I have filmed in other parts of the country doing Doc Martin means I spend a lot of time in Cornwall. So it’s going to be a voyage of discovery for me. During lockdown I got into running rather than just sitting at home watching Netflix and it’ll be nice to be able run around new towns I haven’t been to before.

The Shawshank Redemption plays at the Theatre Royal Brighton from Monday 23 to Saturday 28 Jan.