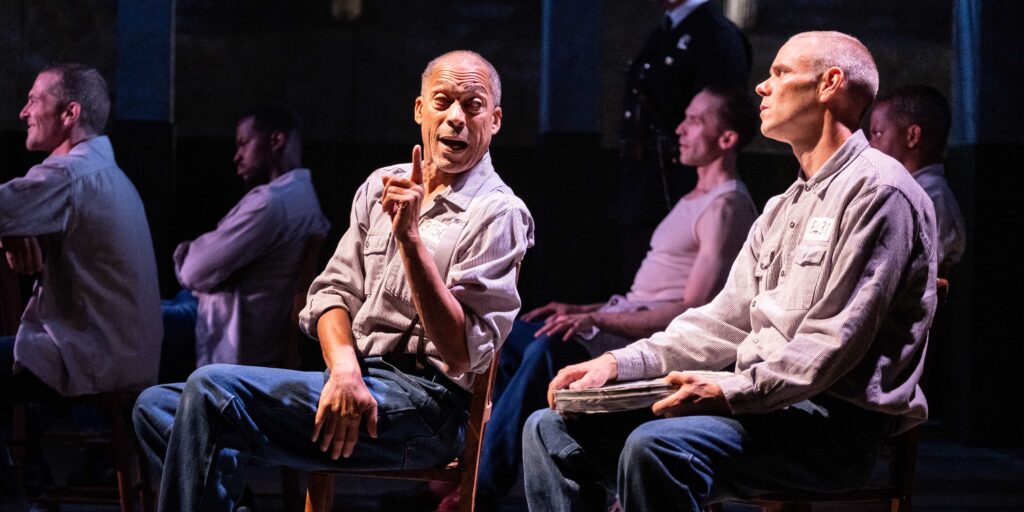 ‘Fear can hold you prisoner. Hope can set you free’.

There can be few people who have not read Stephen King’s book, seen the film or heard of ‘The Shawshank Redemption’. It was just one of the iconic films of 1994, written and directed by Frank Darabont, originally achieving much less acclaim at the time than in subsequent years. With the unforgettable narration delivered by Ellis ‘Red’ Redding, the prison fixer with heart, played by Morgan Freeman, it wasn’t long before the film became one of the most important and beloved films of its time. It tells of cruelty, corruption and the horror of years of incarceration, but its underlying message is one of hope and friendship, and of course …. redemption.

The story is set in the notorious Shawshank Penitentiary during the ‘50s, and spans some 19 years. ‘The Shank’ is populated by killers and high level deviants, many of the deviants being the wardens themselves, all of them corrupt and dangerous in the extreme. That is, except for Andy Dufresne (in the film played by Tim Robbins), wrongly convicted of the double murder of his wife and her lover. He suffered an unbearable amount of beatings, mental and physical torture, at the hands of fellow prisoners and wardens, almost to the point of death. Andy was befriended by ‘Red’, who could get anything for anybody at a price; he saw something in Andy that no one else did during those initial terrible years.

So I was keen to see how this epic cinematic production could be effectively staged, and I have to admit, not a little anxious. Who would be brave enough to fill Morgan Freeman’s very large boots? Well, playing Red was Ben Onwukwe, and he certainly did the trick. Onwukwe was truly superb, the actor who supplied that essential glue holding the whole performance together, whilst giving us the resonance of speech, wry humour and cynical acceptance of his lot, just as Freeman did, but managing to avoid any hint of impersonation. Quite a feat. Joe Absolom as Andy Dufresne is well known for dozens of popular TV roles, notably ‘Doc Martin’ and ‘Ashes to Ashes’, not so much for theatre and film. He came across as a very different character from his predecessor, initially not hiding his fear in the first act but showing much more strength of character with the odd outburst in the second. What I missed was the quiet calmness of nature and serenity that I was expecting, together with the modestly demonstrated, sharp intelligence and resignation that gave Dufresne the courage he needed to survive.

The vindictive, corrupt, bible bashing chief warden, Stammas (originally Warden Norton) was played very effectively by Mark Heenehan, however he lacked the sinister menace and pure evil which can only really be captured in camera closeups. However, I have to admit that the constant maniacal laugh from Rooster (Leigh Jones), one of the despicable ‘Sisters’ who were fond of raping and pummelling fellow inmates to their very limits, was pretty unnerving. Having said that, the violence and time spent in ‘The Hole’ proved difficult to depict. The major events were shown sometimes out of sequence and with considerable changes; the old librarian Brooksie (Kenneth Jay) who couldn’t cope with being discharged after 45 years was given a very different death.

Of course I accept that it will always be necessary to make changes and adaptations to fit with a stage production, however I was disappointed to feel a certain lack of depth, and for the most part not experiencing full engagement with this production. To condense 20 years into 1 hour 55 minutes and manage to convey the time span is nigh impossible. The play all appeared so strikingly promising when the curtain went up, with four new inmates just arrived, demeaningly stark naked with just their folded prison clothes and a pair of boots covering their credentials. That was when I felt the tense anticipation of what was to come. The set was very impressive too, giving us the impression we really were inside the Shawshank hellhole. But I must now revisit my original question: How could this story be effectively staged? I have to say – and this is no reflection on the actors’ performances – that sadly I don’t think it successfully translates from screen to stage, despite the high values that this production displays.