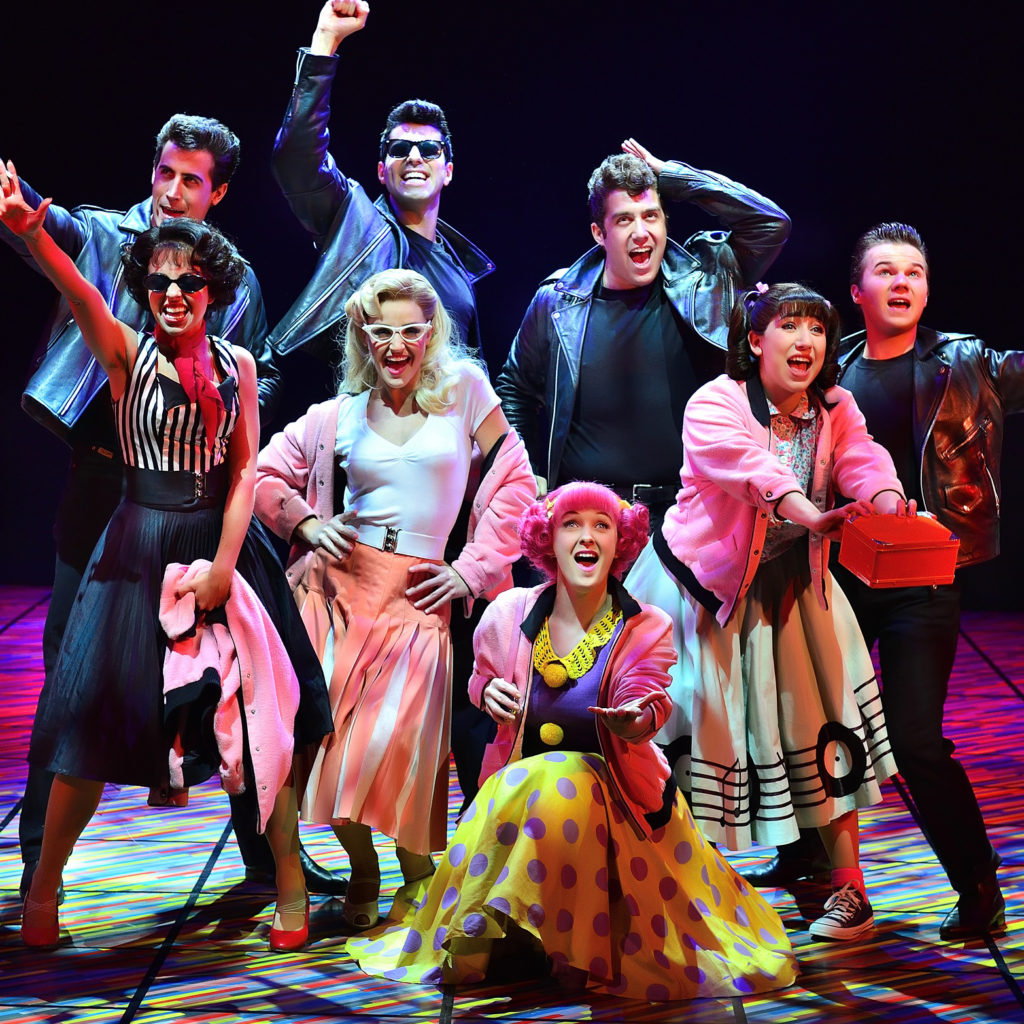 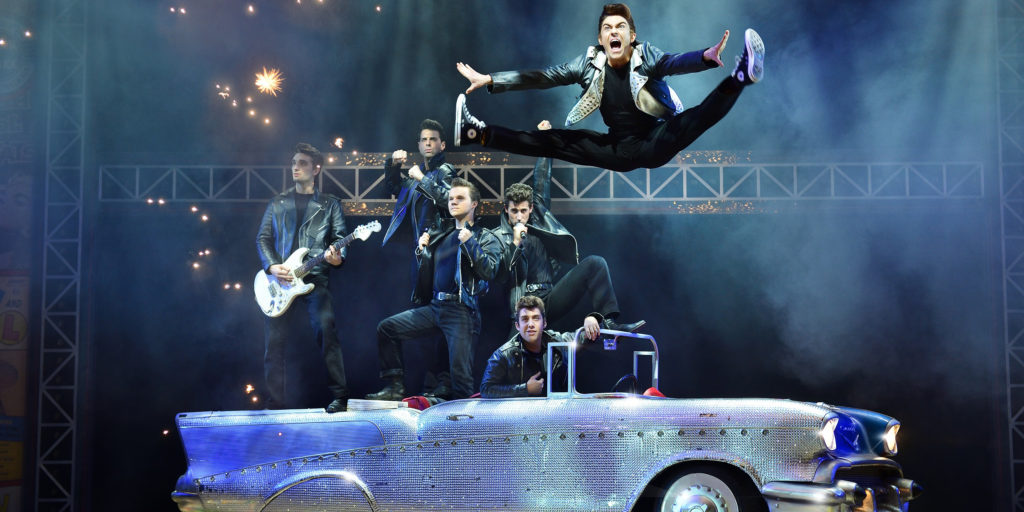 Once again, the Theatre Royal Brighton is bucking the trend and instead of a pantomime, they are playing host to another popular musical to bring in festive cheer. This Christmas, it is a production of Grease playing its last few dates of an extensive UK tour.

Despite its decidedly dodgy undertones of a nice girl giving up her morals to fit in with her peers and get her guy, Grease has been previously nominated as the nation’s favourite musical and songs from its soundtrack are consistently played at parties 40 years later. Judging by the size and mood of the audience on its opening night its appeal is still as strong as ever.

Before it was a film, it was a successful stage show, English actor Paul Nicholas along with Elaine Paige were the first English leads in the mid-seventies. Maybe it is through a touch of nostalgia that Nicholas as one of the producers has taken the show back on tour.

Taking the lead as ‘bad boy’ Danny Zuko in his musical theatre debut is Tom Parker from boy band The Wanted. He certainly looks the part and is a more convincing high school age than Travolta in the film. He has some delightful comic moments (at the ‘Drive In’ in particular) but you cannot help feeling that he is a fish out of water and he needed a little more musical theatre experience before being thrust into such an iconic role.

Danielle Hope, on the other hand, has a wealth of experience, having won TV talent show ‘Over the Rainbow’ to land the part of Dorothy in a West End production of The Wizard of Oz, she also has had leads in Les Miserables, Joseph and the Amazing Technicolor Dreamcoat and The Sound of Music, Hope’s portrayal of innocent Sandy is lovely, she is fresh-faced, sings like an angel and is suitably girly, that is of course until the last unforgettable scene.

Eastenders actress Louise Lytton certainly looks the part as the controlling leader of the Pink Ladies Rizzo, but although she carries a tune well she, unfortunately, lacks the sass and attitude that the part requires.

Despite the basic set which is disappointing due to the scale of the tour, Rydell High School is brought to life on the Theatre Royal’s stage by the ensemble, who sing the (ruder than the film) songs with gusto and give credit to Arlene Phillips’ (better than the film) choreography.

But we do love those songs, Greased lightning, Summer Lovin’, You’re The One That I Want and other favourites are lapped up. A few of the season-fuelled audience couldn’t help but join in with the singing, although it was all done is good spirit, I did feel that it was a shame for the people who had paid and wanted to hear the show, particularly when Hope’s (I think it would have been lovely) rendition of Hopelessly Devoted To You was completely drowned out.

The finale, however, gave plenty of opportunities to sing along and there was even dancing in the aisles. ‘A-wop-bop-a-loo-bop, a-wop-bam-boom’! The audience had a whale of a time, proving that despite the dodgy storyline and the cut corners in the production if you keep your tongue firmly in your cheek and take the show for what it is, this production of Grease will be a big hit for Brighton audiences this Christmas.

One thought on “Grease | Tour | Review”