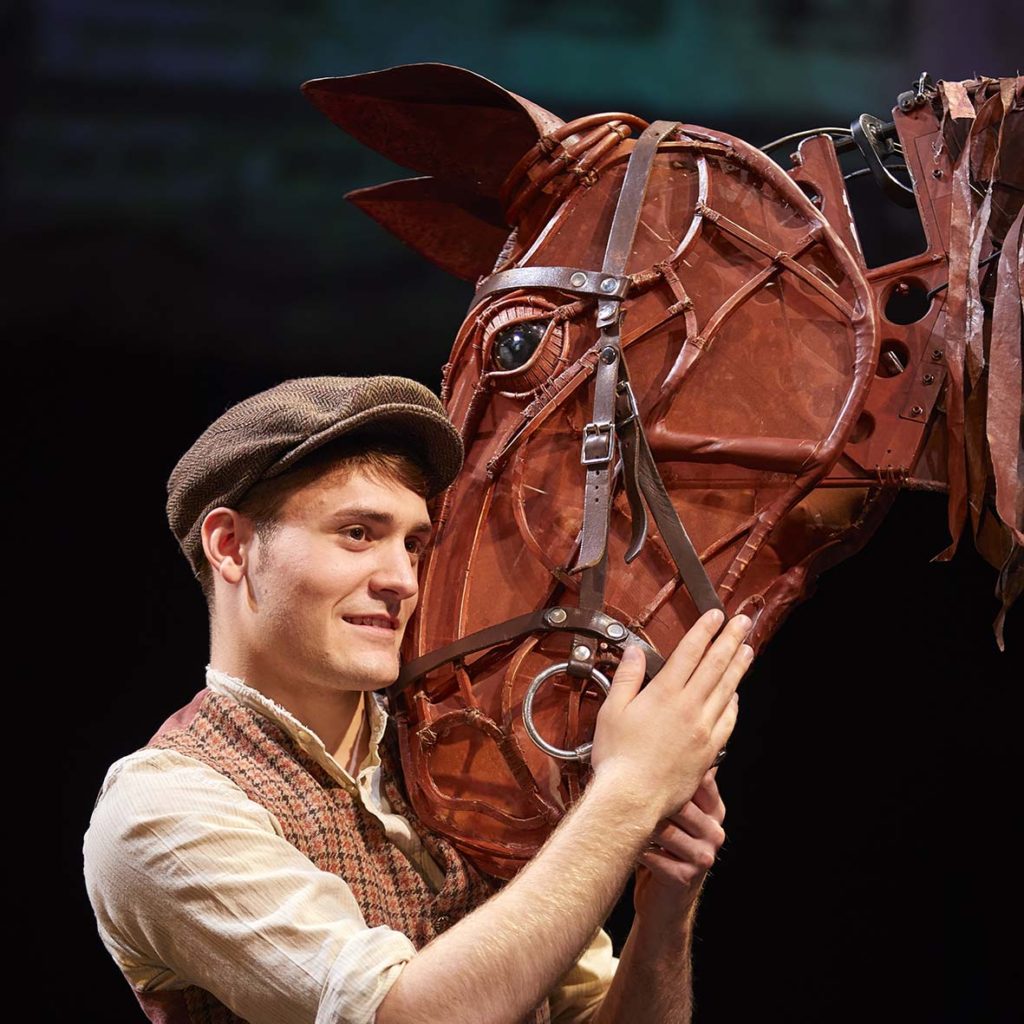 This Competition is Closed:

CONGRATULATIONS TO WINNER: Nicola G, hope that you enjoy the show!

at The Brighton Centre

The National Theatre’s acclaimed production of War Horse, embarks on a major tour of the UK, coming to The Brighton Centre from 25th January to 10th February 2018.

The tour of War Horse coincides with the Centenary commemorations of the end of the First World War and follows the production’s enormously successful tour of the UK and Ireland in 2013-2014.

War Horse, which has been seen by over seven million people worldwide, has won 25 awards including the Tony Award for Best Play on Broadway.  Directed by Marianne Elliott and Tom Morris, Nick Stafford’s adaptation of Michael Morpurgo’s remarkable story of courage, loyalty, and friendship, about a young boy called Albert and his horse Joey, set against the backdrop of the First World War is the most successful play in the National Theatre’s history.  It features ground-breaking puppetry work by South Africa’s Handspring Puppet Company, which brings breathing, galloping horses to life on stage.

Michael Morpurgo said: ‘After a few months rest, out at pasture, Joey, the War Horse and his great team from the National Theatre, will be touring the UK again, from 2017 through to 2018 and the centenary of the end of the First World War, taking their show all over the country, to towns and cities, many of them places War Horse has not been seen before.  I am so pleased this is happening; that so many more people will have the chance to enjoy this unique theatrical event. Steady boy, steady Joey. Trot on!’

War Horse is directed by Marianne Elliott and Tom Morris, designed by Rae Smith, with puppet direction, design and fabrication by Basil Jones and Adrian Kohler for Handspring Puppet Company, lighting by Paule Constable, and movement and horse choreography by Toby Sedgwick, with video design by Leo Warner and Mark Grimmer for 59 Productions, songmaker John Tams, music by Adrian Sutton and sound by Christopher Shutt.

Tickets for War Horse at The Brighton Centre are on sale now and are available from www.brightoncentre.co.uk or by contacting the box office on 0844 847 1515.

This Competition is closed

War Horse at The Brighton Centre on Thursday 25th January at 7.30pm only.

Any travel and accommodation will not be included in the prize.

First prize drawn on: Saturday 20th January and the winning entry will be contacted via email and text shortly afterwards.

There is no cash alternative

You may only enter the competition once.

You must be over 18 to enter

Winners will be required to collect their tickets from the box office on the night of the show.

Your email address will be added to Theatre South East’s mailing list but will not be shared with any other third parties. You can also unsubscribe at any time.