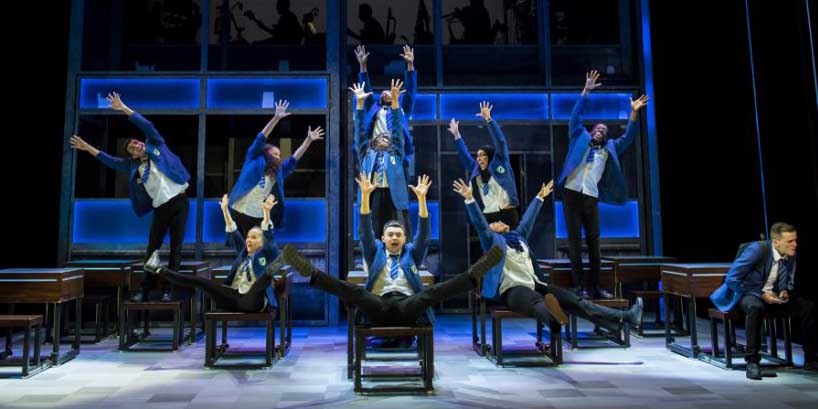 When Everybody’s Talking About Jamie opened at the Crucible in Sheffield, it quickly cemented its position as one of the most popular  musicals of recent years. It soon transferred to the West End before being transformed for the silver screen where its premiere was repeatedly postponed before finally appearing on Amazon and receiving mixed reviews.

Loosely based on a 2011 Channel 4 documentary, Everybody’s Talking About Jamie is the story of Jamie New (played on this occasion by Adam Taylor), a gay teenager in Sheffield with dreams of being a drag queen. Supported by his mum, Jamie battles against school bullies, narrow minded teachers, and the cliched disapproval of his estranged father. The story often veers its way down a frustratingly predictable path: replace drag with ballet and we find ourselves dangerously close to the territory of Billy Elliott. There are some wonderful performances and it is a shame that so much of the story seems derivative of other successful musicals of recent years – think also The Full Monty, Blood Brothers and Heathers.

The rather confused storyline sees Jamie also wanting to attend the school prom in a dress. He’s not a transvestite, he is someone that wants to go dressed in the costume/uniform of the profession he wants to enter when he leaves school and whilst he does suffer homophobic attacks and discrimination in his life, I found the character rather selfish and a bit of an attention seeker. Taylor is very good in the lead role although some of the songs seemed to be out of his vocal range and there is strong support from amongst others, Shane Richie as Hugo and his drag alter ego Loco Chanelle who takes Jamie under his wing, Sharan Pull as Jamie’s best friend Pritti, who is on a journey of self-discovery herself and Cameron Johnson as Jamie’s bigoted, absent father. Amy Ellen Richardson steals the show as Jamie’s mother with stunning vocals but so many of the characters seem stereotypical which the rest of the cast struggle to overcome.

Some of the dialogue is completely lost despite the cast wearing radio mics and the mix between the vocals and the 7 strong band is woefully unbalanced.

This is a standard British musical with the traditional ‘feel good’ factor at the denouement. It does what is says on the tin but lacks originality and is riddled with forgettable musical numbers, with only one or two lasting in the memory as I walked to my car.