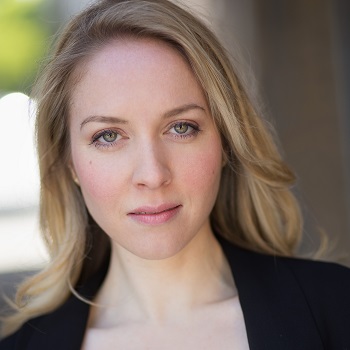 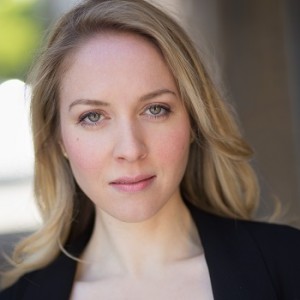 The lovely Emily Bowker spoke to us last week about her  role in Torben Betts’ play ‘Invincible’ which opened on Wednesday at the Theatre Royal, Bury St Edmunds. Invincible plays there until tomorrow and then tours including a stop at the Devonshire Park Theatre in Eastbourne in May.

Sammi : Emily, You are just about to open next week in a Torben Betts play ‘Invincible’. What can the audience expect?

Emily : The play follows a young middle class couple Emily and Oliver. They are both good and decent people, Emily is an artist and Oliver is a civil servant. When the recession bites they decide to be sensible with their money and move from London and rent a home up in the North of England.

Emily is friendly and considers herself to be very liberal minded, she is happy to welcome her new neighbours into her home so organises a drinks party but when they invite the neighbours round they find that Alan and Dawn are not the kind of neighbours they were expecting.

It is a comedy of bad manners.

‘A comedy of bad manners’ is a phrase that is often used about Alan Ayckborn’s comedies, would you say he and Betts are similar?

It is certainly a set-up that audiences will recognise, the idea of inviting guests around for a dinner party and things not going to plan. That is a very Ayckbourn style premise. The humour, fast pace and farcical nature is very recognisable style as well. However I would say that Torben’s writing is a lot more visceral and acerbic. It really gets quite hard at times. The play goes in quite dark and tragic places.

Have you met Torben Betts?

I have yes, I did a play of Torben’s quite a few years ago at the Arcola Theatre in London called ‘Lie of the Land’. I performed alongside Chris Harper who is directing Invincible. So I have known Torben’s work for a little while. It is an absolute joy to be coming back and doing one of his plays again.

Invincible has quite a small cast.

Yes, altogether there are only four actors in the play, so when we tour it’s just us and our lovely stage management team. It is a small group but we are all getting to know each other very well.

I have actually worked for Original Theatre twice before (Birdsong and Our Country’s Good) and the one thing they are really good at is getting a fantastic team together, we are small in numbers but I think that we are going to have a really good time on the road.

You open in Bury St Edmunds next week, how are rehearsals going?

Rehearsals are going really well, we are working really hard at the moment with the text and trying to be as specific as possible with the words that Torben has chosen, he is a craftsman with the words n the play so there is no ab-libing whatsoever involved in Invincible.

We have been very busy ploughing through the script this morning and debating about art. This afternoon I shall be pretending to get drunk and dancing around like a lunatic.

Sounds fun, but tell me, how easy is it to pretend to be drunk?

The key to it is that there has to be a certain physicality to it, particularly so with my character Emily. She does get extremely drunk, bumps into furniture and loses her balance quite frequently. This is the first time for three or four years that she has had anything to drink at all and really goes for it. It is really a really fun scene to do and I am planning the scene with Alastair Whatley who plays opposite me and we are having a really good time, we put on some James Brown and dance around like crazy people for a while – it’s just brilliant.

Tell me about more Emily, do you relate to her at all?

Emily is definitely a more natural casting for me, not only do we share the same name but we share quite a lot of political opinions, although she is more extreme in her views. She is the communist version of my more general left-leaning politics.

She is also an artist and a creative person. What makes Emily a challenge to play is that she is really struggling with the grief of losing of her son who died 3 or 4 years previously. She has not quite dealt with this grief yet which fuels her political angst and fraughtness, making her quite a tough character to play. Saying that there is also a lot of comedy that comes out when you see someone drunkenly trying to get their point across and not really being understood, that is really fun to play.

Emily Bowker was interviewed by Sammi O’Neill prior to the opening of Invincible, which is playing at the Theatre Royal, Bury St Edmunds until Saturday it then embarks on a countrywide tour of the UK including the Devonshire Park Theatre, Eastborne 10-14th May.