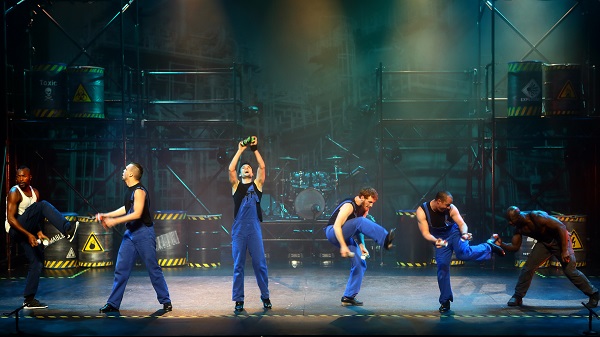 Question : What do you think of when ‘tap dancing’ is mentioned? Maybe it is the romance of Fred and Ginger gliding across a ballroom or maybe the soft shoe shuffles of Gene Kelly. Think again.

The Tap Factory is bringing something completely different to th mix and is playing at plenty of theatres soon in the South east starting with the Assembly Hall Theatre in Tunbridge Wells on the 6th April!

Described as “Tap Dance at its stomping best!” Tap Factory is a brand new dance show which promises to be a feast for the eyes and ears.

Created by Vincent Pausanias with the support of Gilles Guenat (multiple world champion) and Jérémie Champagne (Finalist of So You Think You Can Dance, France) Tap Factory infuses tap dance with many other disciplines, such as percussion, acrobatics, hip hop and comedy to make Tap Factory a night of amazing performances, exciting rhythms and powerful energy. 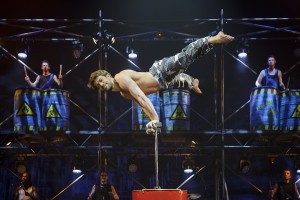 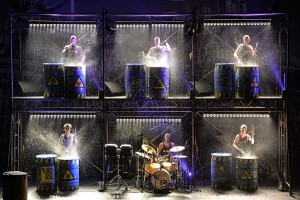 ‘You come to Tap Factory expecting one thing and leave having had a whole lot more. People are surprised when there is an aerialist or a guy speaking an African dialect.

We use a lot of props and percussion and we even dance around scaffolding which is a bit hairy, it is not that high but when you dance around it actually moves. It takes a while to get used to it.’ Lee Meadows and Michael Newman (cast members)

There are 9 dancers in the cast and their schedule is manic as they are race up and down the country, performing in many theatres, with little stop for rest. As they arrive in each town the crew build the set, lay down their specialist floor and after a quick sound check the multi-national cast delight yet another audience.

Michael Newman and Lee Meadows being the only British cast members in a French company are thrilled to be performing in the UK and admit their French is a little rusty and although they know many French terms relating to the show they have to rely on their colleagues to speak English to them most of the time.  But there is a  lot of camaraderie, there has to be when you are on a worldwide tour.

High Energy, Rhymic and a lot of tap but you certainly won’t need to know your ball-changes from your shuffles to appreciate this explosive and exhilarating spectacle.

Further Details can be found on the Tap Factory Website

Tour Dates in the South East