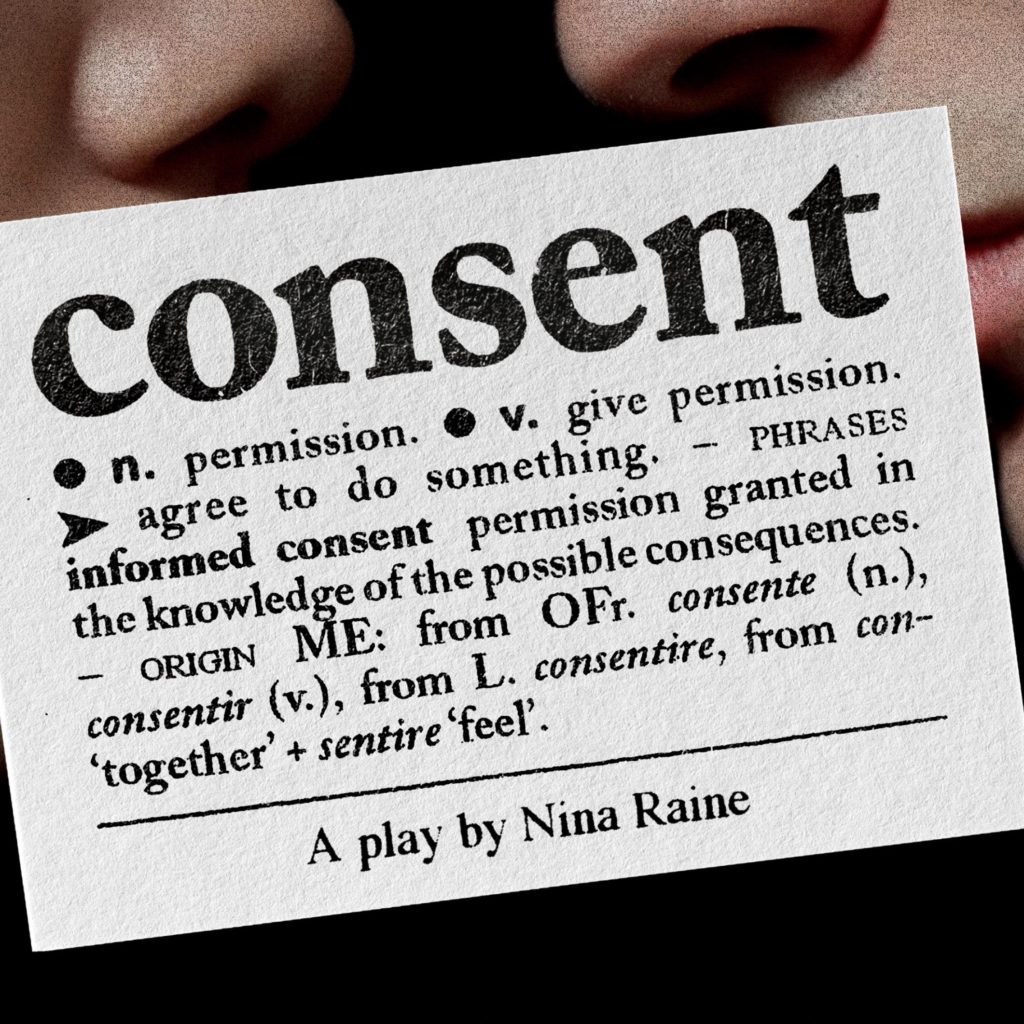 A powerful drama about the difference between rape and consensual sex is even more topical in the wake of the #metoo movement but this is also a story about infidelity, empathy and honesty.

The story focuses on two married couples who, on the face of it seem to have solid, happy relationships until these gradually fall prey to affairs and lies. Adam James is convincing as Jake, an amiable but complacent philanderer,  Stephen Campbell Moore plays Edward, the other husband whose past catches up with him, Claudie Blakley and Sian Clifford play their two wives Kitty and Rachel. We are also introduced to Kitty’s friend Zara, an actress forcefully played by Clare Foster and Tim played very ably by Lee Ingleby.

Some of the characters are barristers who are on opposing counsels dealing with a contentious rape case. Scenes between home and court are spliced together and marital discussions played out as if in a courtroom. As the women point out their husbands’ inadequacies it cleverly draws parallels with flaws in the law. No emotion is left unturned. Thankfully there is a lot of humour during the performance which cuts through the serious messages giving the audience light relief.

The staging is simple but effective with furniture and props constantly appearing and disappearing below the stage. Performances are consistently impressive with Stephen Campbell Moore, in particular, performing one anguished scene with believable emotion.

Consent is playing at the Harold Pinter Theatre for a strictly limited 12 week season ending 11 August 2018. It is a well written, lively and funny production, with a strong cast. Well worth watching.