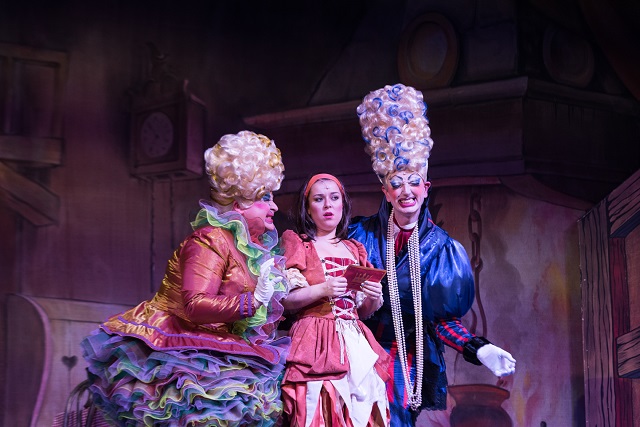 Having seen Cinderella only a week ago, I thought I would be bibbity-bobbity-boo-ed out, so I was pleased that the version I saw last night at the Assembly Hall Theatre in Tunbridge Wells, produced by UK Productions, took the story in such a different direction. It is difficult to compare the two.

Cinderella, played by Dani Harmer, best known as CBBC’s Tracy Beaker, gave the character a vibrant modern-boost by adding a sprinkle of teenage attitude yet retaining the girl-next door innocence and likeability. Harmer proves that she can certainly carry a tune and she pulled on the heartstrings with her light dismissal of Button’s affections as she pines for her Prince.

Buttons, played by Jamie Rickers, who is the ‘TV face of Nickelodeon in the UK’, ensured that despite having problems with his voice last night, he was not stood in Cinderella’s shadow for the performance, and rather became one of the highlights of the show as he truly embraced all the comical situations he was thrown into. 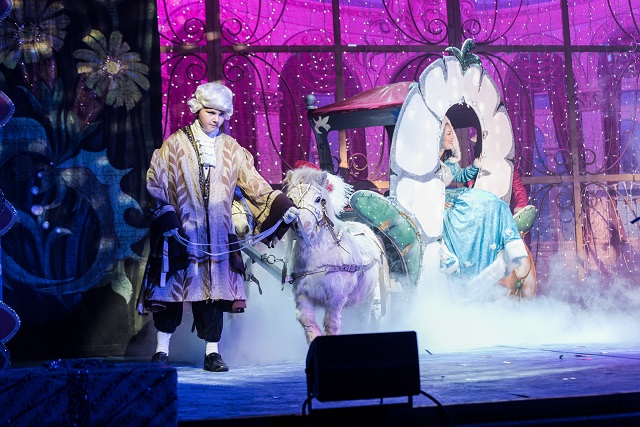 Louise Jameson as the Fairy on top of a Christmas-Tree, recently promoted to Fairy Godmother sprinkled a little magic as she made Cinderella’s dreams come true in the form of a stunning ball-gown and a coach pulled by two incredibly cute Shetland ponies.

Ugly Stepsisters, Daisy and Lily (played by David Ball & Byron Mondahl respectively) were a delight. Their outfits (created by David Ball) were deliciously garish and inspired. The script was devised so that there were whole scenes were written specifically for the Uglies and they mastered them perfectly engaging the audience with their expressions, innuendos and casual flirtations.

Popular music choices were made and thanks to Tom Carradine’s musical direction and Dean Street’s choreography the audience were soon found themselves clapping along, particularly to the up-beat duets sung by Prince Charming (Owen Thompson) and Dandini (Bobby Windebank) who seemed to have a real rapport evident throughout the production.

It is clear that the Director, Anthony Williams, has pulled out all the stops to pull the whole thing together. Overall, I recommend this show. It definitely gets you in the festive mood!

Great songs, the cutest ponies and Uglies you luuuuurve to hate. Riotous fun.

Cinderella is playing at the Assembly Hall Theatre, Tunbridge Wells until January 3rd 2016