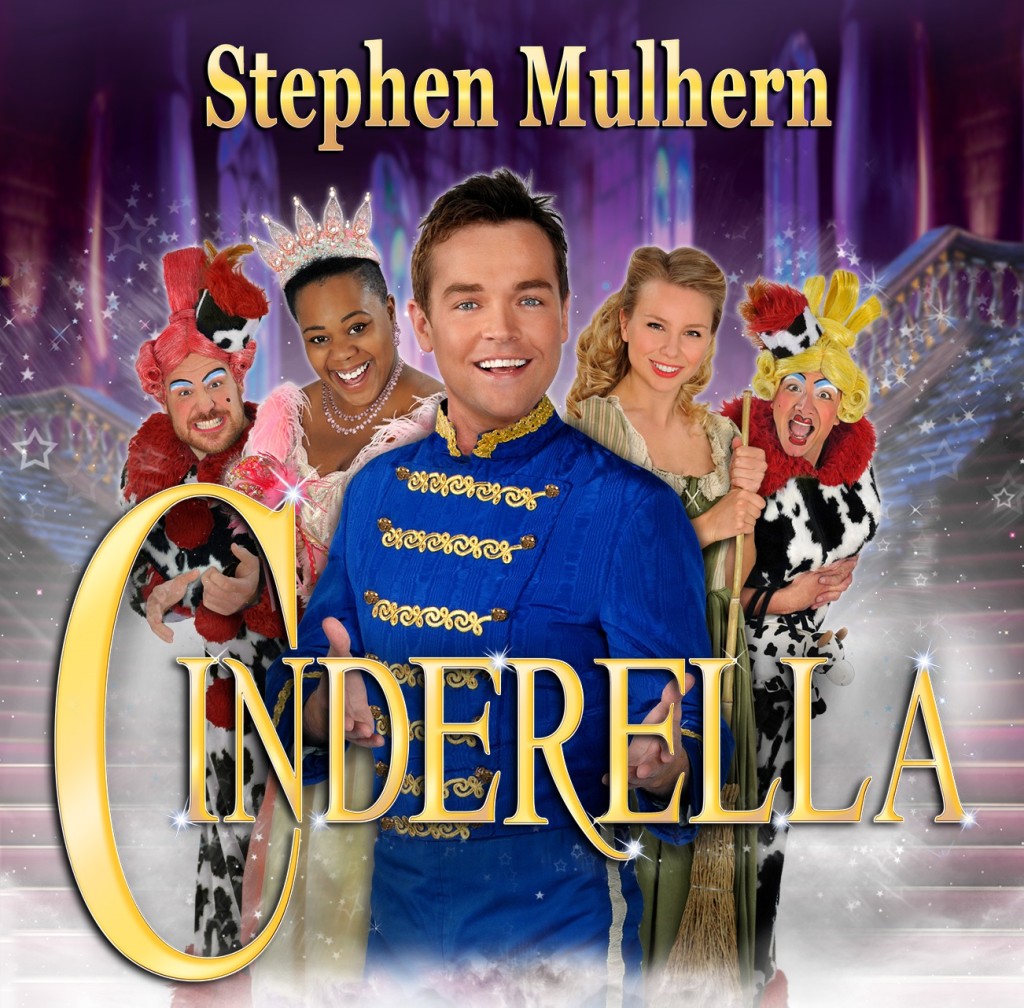 Panto season has definitely started with a bang! Our first look at what’s on offer in the South East takes us to the Ashcroft Theatre in Croydon for their festive offering of Cinderella. 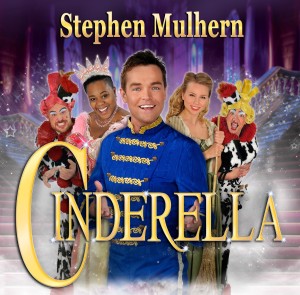 Produced by Evolution Productions and starring one of their pantomime regulars Stephen Mulhern as Buttons, my hopes were high that this would be one of the area’s top pantos and I am glad to say I wasn’t disappointed.

It is no surprise that Cinderella is one of the most popular pantomimes in the South East this year, the rags to riches tale of a girl finding her true love with help from her best friend as well as a little magic, this story warms even the coldest of hearts… it is the stuff dreams are made of. 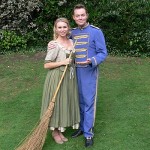 Croydon’s pantomime is so much more than that. This is not just a fairytale romance, thanks to Paul Hendy‘s script this panto has a strong storyline and is full of laughs from start to finish.

Joanna Sawyer as Cinderella perfectly embodies both the looks and voice of every little girl’s heroine it is no wonder she steals the heart of her best friend Buttons as well as the suave Prince Charming played by Benjamin Brook.

As well as directing, Matt Daines gets in on the act as well and teams up with Stewart Wright to play ‘The Uglies’. Both dressed in the most flamboyant costumes and Wright playing the butchest Ugly Sister ever, they chase after Charming and Steve Wickenden‘s Dandini, the Prince’s valet, to much hilarity and yet no avail. 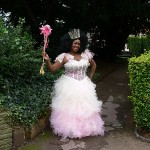 difference – sassy, wickedly funny and with a dose of attitude, she had the audience rolling with laughter ensuring that she will be a firm panto favourite from now on. Bravo!

If that wasn’t enough, headliner, Britain’s Got More Talent star Stephen Mulhern shows us once again why he is just perfect for panto. Undeterred by a performance he did in panto last year being completely sabotaged by Ant and Dec for their takeaway programme on ITV, he returns to Evolution Productions and seems more confident and happier than ever.

Mulhern’s rapport with the audience is exceptional, holding both adults and children in the palm of his hand. He is deft at delivering the goods, magic, comedy, even a little romance as he declares his love for Cinderella with such tenderness that it takes the audience aback. As he invites audience members on stage he doesn’t shy away from their unpredictability but embraces it, leaving you in no doubt why his career as a top class presenter is on the ascent.

Song and dance routines are of course plentiful Sam Smith’s Stay with me was the firm favourite of the audience. 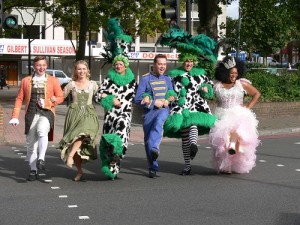 The pièce de résistance is Cinderella’s transformation scene at the end of act one, and in this case it is breathtakingly magical. There is a real buzz in the audience as snow gently falls and Cinders transforms into a Princess before their eyes before being spectacularly transported to the ball in a truly magical coach and horse. A real goosebump moment.

The Fairfield Halls is right on track for another great year. If audience reactions are anything to go by Cinderella is a real Christmas Cracker!

It’s the stuff dreams are made of. It has a strong cast, a magical transformation and lots of laughs.

Cinderella is playing at the Ashcroft Theatre, Fairfield Halls, Croydon until 3rd January.

(Last year’s panto sabotage at the Hawth Crawley by Ant and Dec part 1 and part 2.)