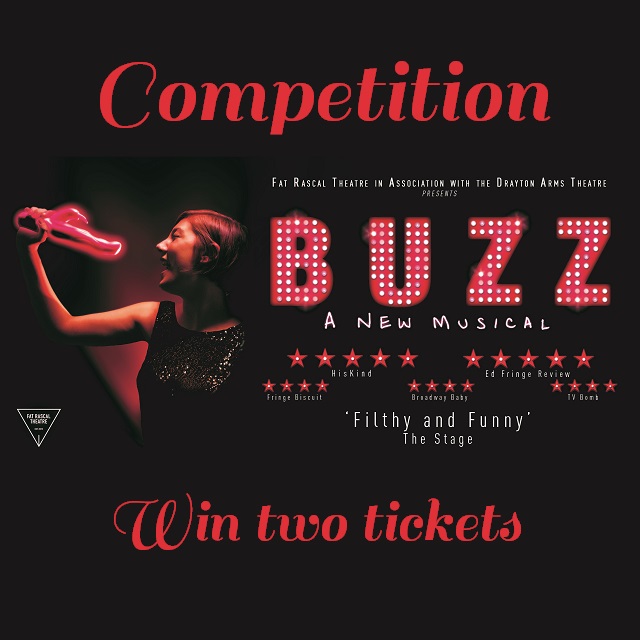 Your chance to win a pair of tickets to a performance of your choice to Buzz: A New Musical at the Drayton Arms Theatre, London.

Uncover the untold struggle for women’s sexual independence throughout the ages. Bridget Jones meets the Book of Mormon.
‘BUZZ is a witty, intelligent and empowering piece of writing…builds upon the foundations laid by Bridget Jones, but takes them further into a victory for women…This Fat Rascal Theatre production fully restored my faith in theatre as a medium for change’ – EdFringe Review

For your chance to win, tell us:

Buzz is a musical about

The prize is valid for a performance of your choice (subject to availability between Tuesday 11th October to Saturday 29th October.

This Competition is now closed