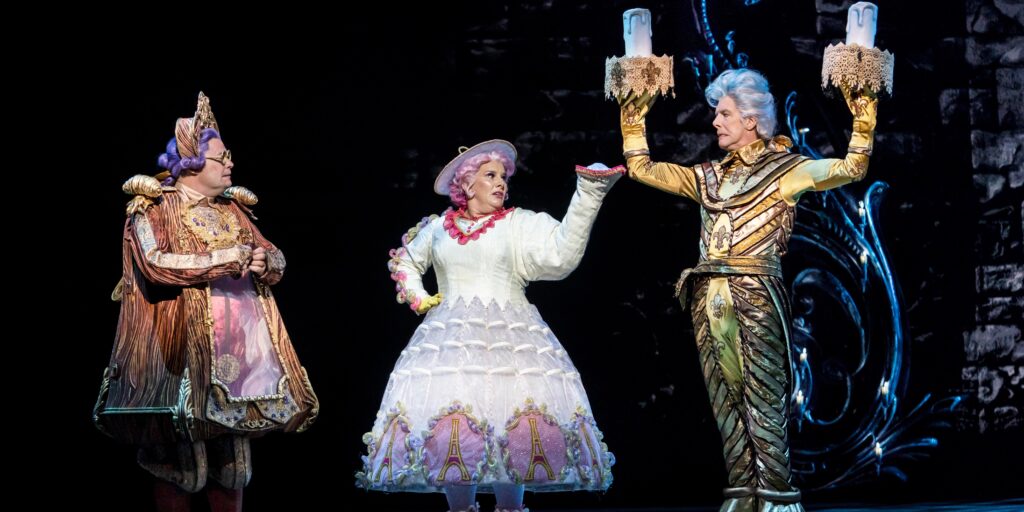 Beauty and the Beast

Does Disney ever lose its magic?

There is no shortage of Disney productions that have jumped from screen to the West End stage, Mary Poppins, The Lion King and Frozen all play nightly to packed houses across the city. This summer we have another production to dazzle and enchant us.

Beauty and the Beast has recently opened at the London Palladium for a limited summer run. It was last in London in the late 90s with a more extravagant production but this one despite having been initially designed as a touring production does not disappoint. It has computerised backdrops enhancing the clever set design, sumptuous costumes, solid performances and above all, a charm that will delight children young and old

During the opening scene narrated by Angela Lansbury (the original Mrs Potts) the enchanted world of the beast is magically created. We are introduced to the selfish prince destined to remain an ugly beast until he knows true love and be loved in return. For those familiar with the animated film will know that the beast is not the only one cursed. The servants in the house are transformed into furniture and household objects and await the beast’s fate.

The one to bring her that love is of course Belle, sweetly played by Courtney Stapleton who has a long list of West End credits to her name. She is thoroughly charming and sings like an angel although I felt she lacks the fire and conviction the character needs. Likewise Shaq Taylor as the Beast is thoroughly likeable from the start and rarely lives up to the terrifying beast he is meant to be. Children will adore these protagonists and fall in love on sight, but I couldn’t help feeling there was something missing. The programme has a section on girl power and how the female roles in Disney movies are changing (Mulan, Merida, Moana etc) but we don’t see much of the grit and courage here.

The supporting cast elevate the production, Nigel Richards (Cogsworth) Gavin Lee (Luminere) and Sam Bailey (Mrs Potts) are an absolute delight, and the ensemble are outstanding. Matt West who has both directed and choreographed the show has ensured that the songs that weren’t in the film are given the attention they deserve, and they really are breath-taking but the familiar crowdpleasers, ‘Belle’, ‘Gaston’ and ‘Tale as Old as Time’ are exactly what you would expect and more, with the highlight of the entire show being a dance routine to ‘Be my Guest’ that puts Busby Berkley to shame.

Overall Beauty and the Beast would be a lovely treat for children and those young of heart, The quality is exactly what you would expect from a Disney show and will brighten up the West End this summer.