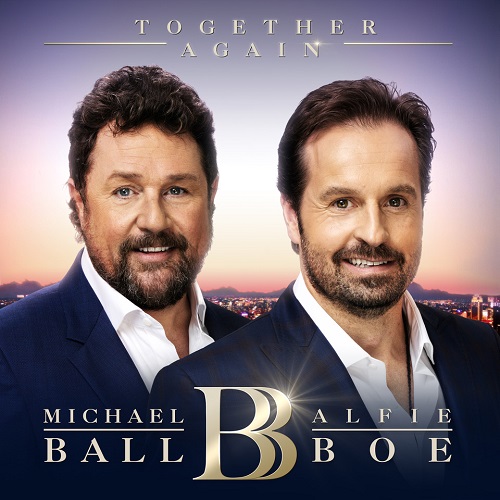 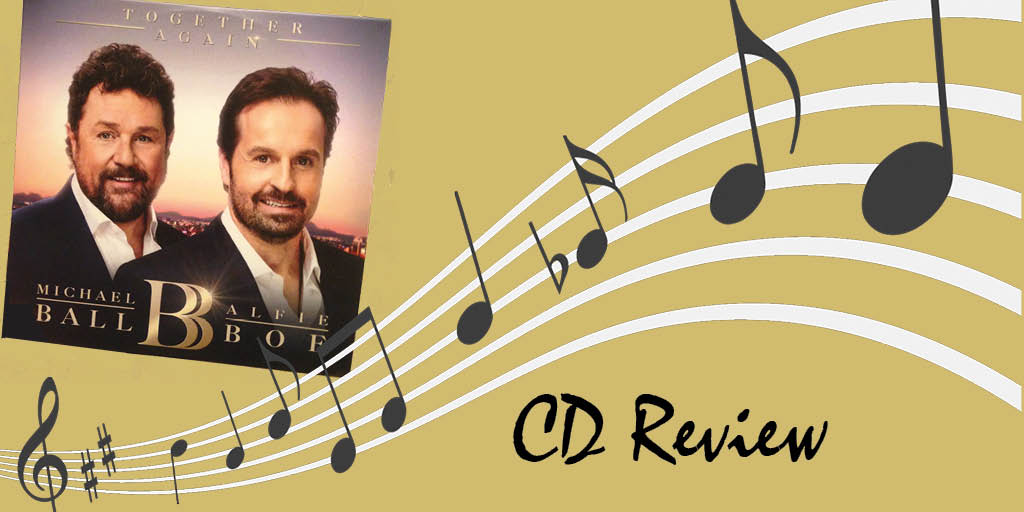 It seems an unlikely pairing but Michael Ball, the smooth-talking radio 2 DJ whose varied career started in Musical Theatre and rich-toned classically trained tenor Alfie Boe have been touring the UK and internationally with their popular show ‘Together’ which also spawned a successful album.

Having seen the show at the Brighton Arena earlier in the year I was delighted to be given the chance to review their follow up album, not surprisingly called ‘Together Again’.

Consisting of mainly show tunes with a few extra songs thrown in to mix it around, the album begins on a high with a stunning medley from one of the stage’s greatest musicals; West Side Story. It is unusual to hear Bernstein‘s classics Maria and Something’s Coming sung as duets but the scintillating arrangements work well. Ending with a rousing rendition of Tonight, the medley ideally shows us how two very different voices can compliment each other beautifully.

Throughout the album, the highlights were from the musical theatre genre, As If We Never Said Goodbye (Sunset Boulevard), Some Enchanted Evening (South Pacific) and And This My Beloved (Kismet) and He lives in Me (The Lion King) were a delight to listen too. The Prayer famously sung by Andrea Bocelli and Celine Dion and The Rose from the Bette Midler film of the same name were also superb.

Unfortunately, the occasional odd choice of song made the album feel disjointed. The Hero broke the mood between some lovely ballads and the Morecambe and Wise theme song Bring Me Sunshine may bring a smile to the faces of audiences in the theatre, but on the album, it was cringeworthy and out of place.

Finally, a real bugbear of mine is ending an album with a Christmas song, their rendition of White Christmas was absolutely stunning but it renders the album unplayable for the rest of the year.

This was a shame because on the whole I thoroughly enjoyed listening to ‘Together Again’. Without the banter and jovialness of the stage show and recent TV special, you could better appreciate the musical abilities and professionalism of these two world-class and much-loved entertainers.

Michael Ball and Alfie Boe:Together Again can be bought on Amazon here

Michael Ball and Alfie Boe will be touring again from the end of November, they will be performing once again at the Brighton Arena on December 2nd. Tickets available here.