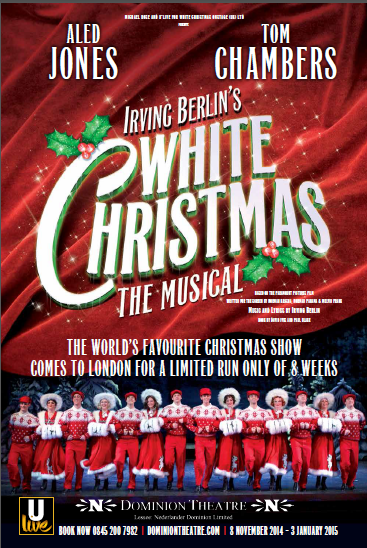 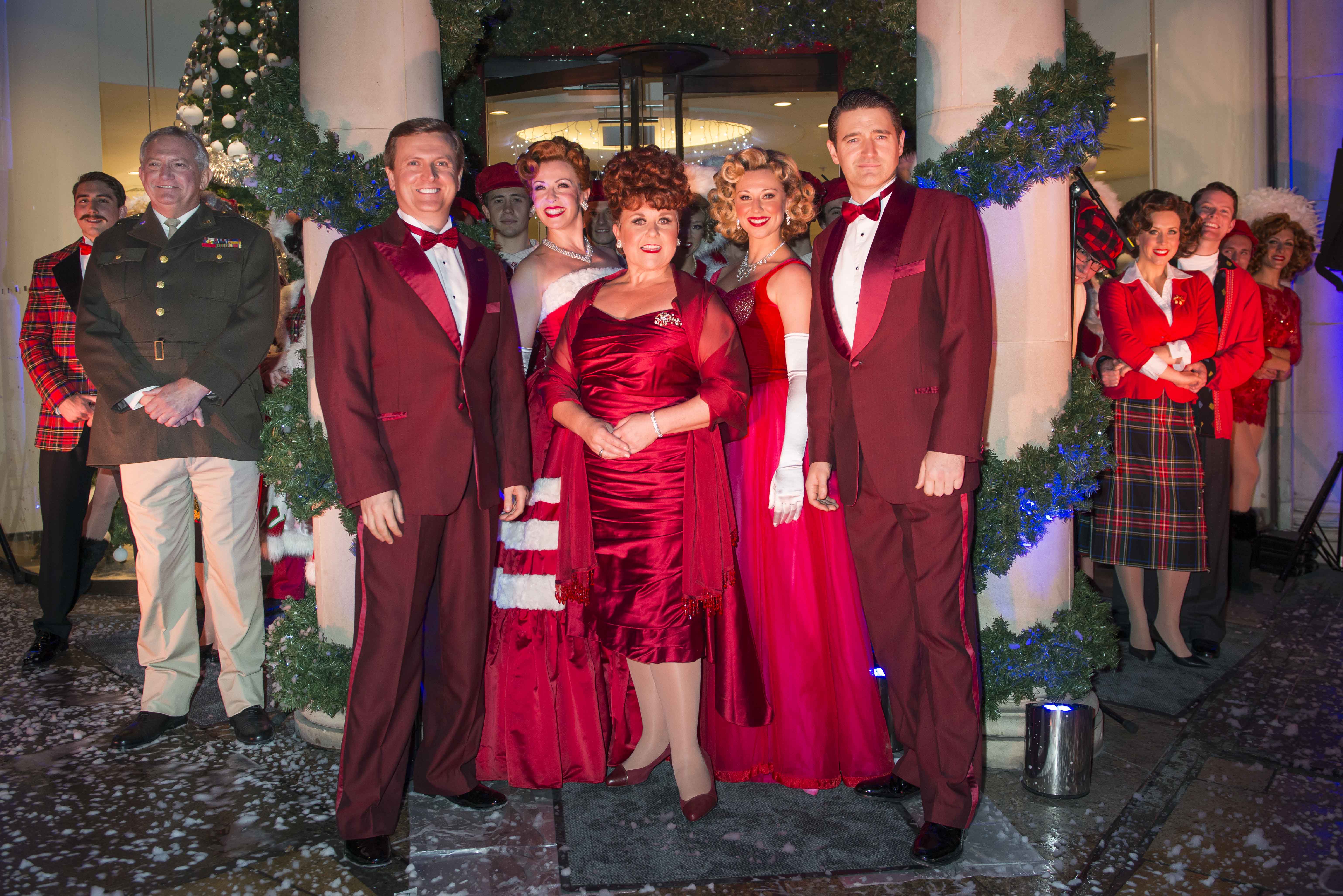 Despite the wet wet weather yesterday, you may be forgiven for thinking the Christmas had come early. At Bond Street’s most renowned department store Fenwick, the cast of White Christmas led by Aled Jones performed for passers by songs from their upcoming musical which will play at the Dominion Theatre from Dec 8th.

Passers-by were seen to get into the festive spirit, as Fenwick reopened its famous Bond Street corner balcony for the first time since WWII ended in 1945, for a special performance of the title song by the iconic Aled Jones. The entire cast of Irving Berlin’s White Christmas The Musical, which also stars Tom Chambers, Wendi Peters and Graham Cole were also there accompanied by a blanket of virtual snow. 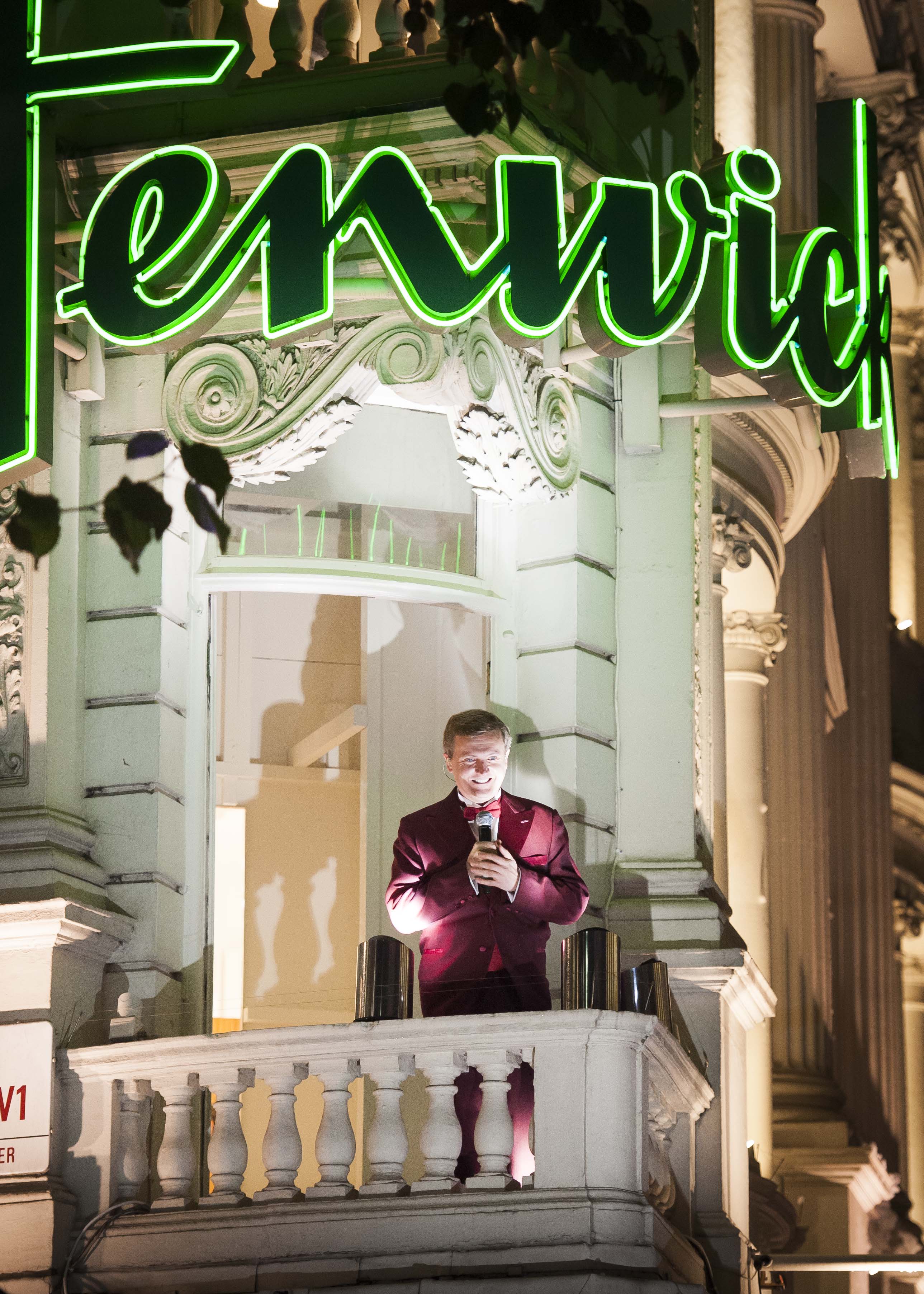 Irving Berlin’s WHITE CHRISTMAS tells the story of two ex-army pals as they team up with a pair of sisters to put on a show to save their former General’s remote Vermont ski lodge that’s fallen on hard times. At the Dominion Theatre, an 18-piece orchestra will accompany the cast in some of musical history’s best loved songs, including Let Yourself Go, Sisters, The Best Things Happen When You’re Dancing, Snow, Count Your Blessings, Blue Skies, Love You Didn’t Do Right By Me, How Deep Is The Ocean, I’ve Got My Love To Keep Me Warm and, of course, the title song, White Christmas.

The stage musical is based on the Paramount Pictures timeless movie classic, written for the screen by Norman Krasna, Norman Panama & Melvin Frank, which starred Bing Crosby, Danny Kaye, Rosemary Clooney and Vera Ellen. The stage musical has music and lyrics by Irving Berlin and a book by David Ives and Paul Blake, and was originally directed on Broadway by Walter Bobbie, the director of Chicago.   The musical was originally produced in the United States by The Producing Office, Inc. and BFI Productions, Inc.    David Ives also wrote the Tony-nominated play Venus in Fur. Paul Blake is the producer of the Tony-nominated Broadway musical Beautiful: The Carole King Musical.

This is the first time the musical will have ever been performed in the capital, as 2014 marks the 60-year anniversary of the film starring Bing Crosby, and ten years since the musical first premiered on stage, in San Francisco. 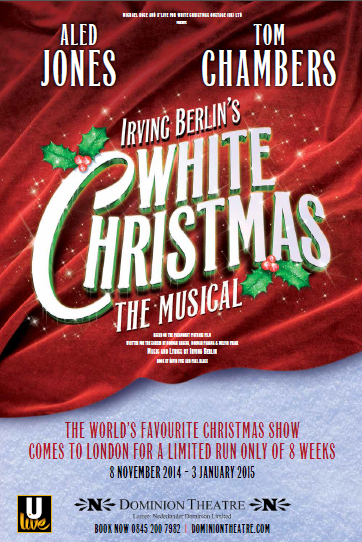 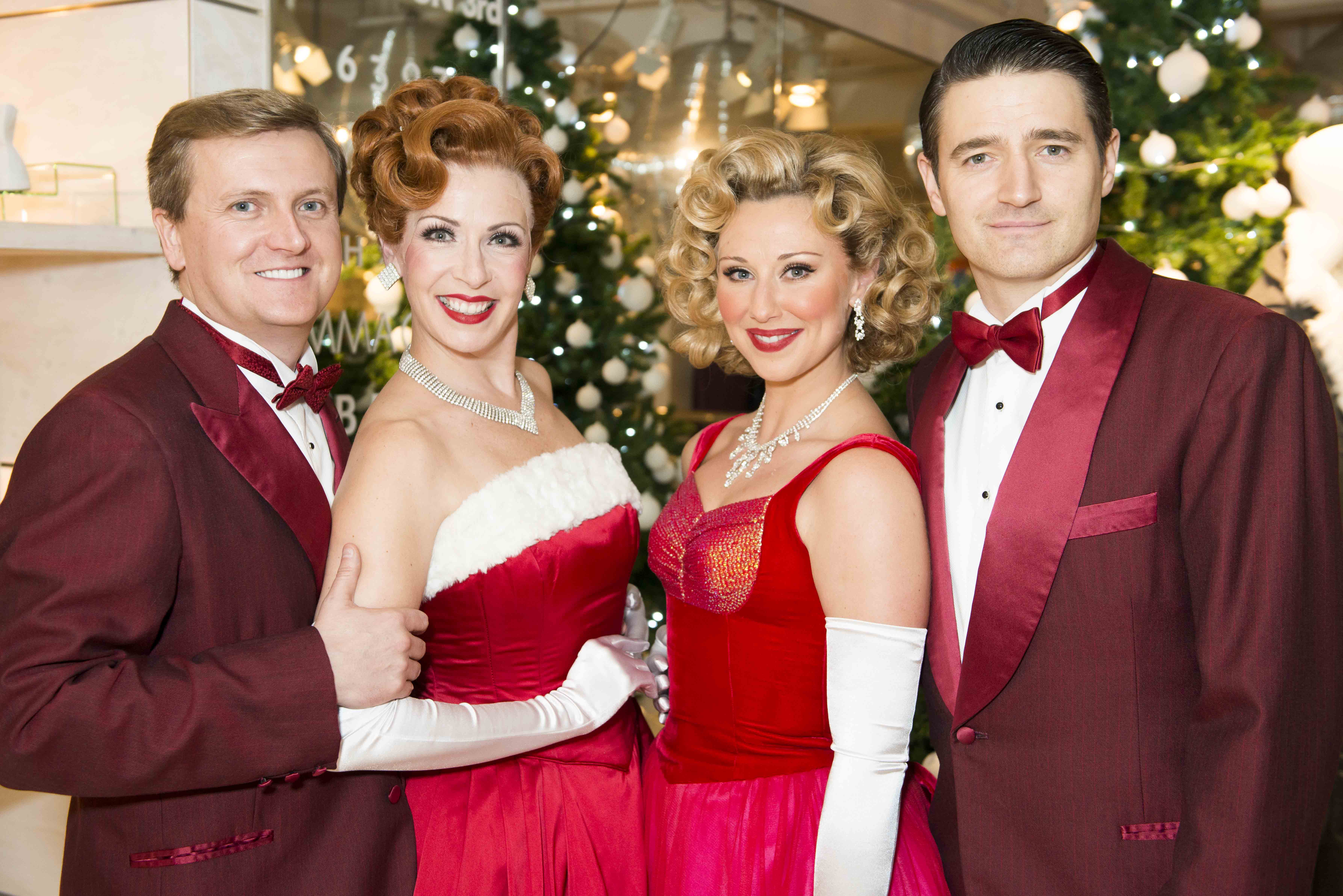 David Walker-Smith, Fenwick of Bond Street’s Managing Director said: “If there’s one thing which conjures up an emotional feeling and endless festive memories, it’s White Christmas. We are so excited about welcoming Aled and the cast to Fenwick, getting into the Christmas spirit, and hopefully stopping traffic on a snowy Bond Street! Our windows represent a classic Christmas card scene and invite all Londoners to celebrate the important things in life this festive season: love, family, fun and friendship.”

Is this going to be the ultimate Christmas show in the West End this year?

The production of Irving Berlin’s WHITE CHRISTMAS at the Dominion Theatre this Christmas will be directed by Morgan Young and choreographed by Randy Skinner, with Helen Rymer as the UK associate choreographer. Set design is by Anna Louizos, costumes by Carrie Robbins, lighting by Ken Billington and sound by Clem Rawling. Orchestrations are by Larry Blank, dance and vocal arrangements by Bruce Pomahac and musical direction by Andrew Corcoran.

Irving Berlin’s WHITE CHRISTMAS will be presented at the Dominion Theatre by Michael Rose and U-Live for White Christmas Onstage (UK) Limited. www.u-live.com/whitechristmas