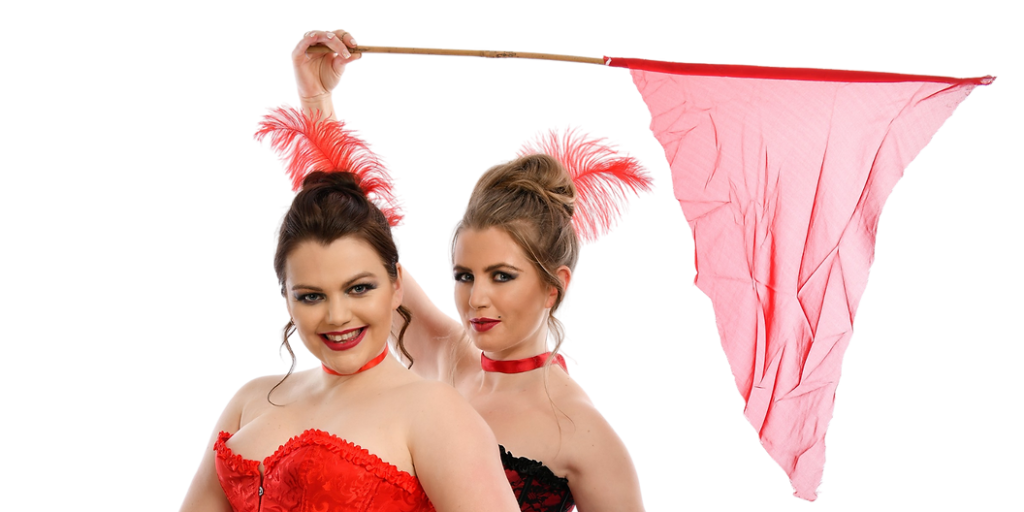 The Sugarcoated Sisters are an award-winning musical comedy duo and real-life siblings from Hertfordshire. Chloe is the blonde, Tabby is the brunette or as they describe themselves during the show, Chloe is the pretty one and Tabby is the funny one!

They launched on TikTok in January 2020 and since then have gained over 400K followers, over 45M views and 7M likes. Originally, the act was born out of boredom. It was lockdown and they had both been recently dumped by their respective boyfriends. So as the best comedy is always derived out of truth, why not write some witty and scathingly rude original songs about their experiences with the male sex mixed in with sidesplittingly funny observations about their own medical conditions – Tabby is diabetic and Chloe has bi-polar (“I’m not a drama queen, my brain is neuro-divergent, I’ve got my crisis team on speed dial if my breakdown is urgent!”)

Two years later and they have entered the live comedy scene with Chloe on guitar and would you believe it, steel drums and Tabby on double bass, flute and triangle. They won Best Newcomer at the Musical Comedy Awards this year and have been doing gigs and previews around the country in preparation for their Edinburgh Fringe Debut in August.

So, are they any good? In a word, yes. In fact, they are hilarious. Musically, they are clearly both very talented. Chloe is an outstanding guitar player and Tabby has a wonderful singing voice. The writing is first class and the songs are both catchy and very, very funny. One of their strengths is their humility. You get the impression they are riding the crest of a wave and can’t really believe the success they are experiencing so the future should be very, very exciting. I saw one of their first performances and they were polished to the extent of playfully interacting with the audience like a seasoned act who had been playing the comedy circuit for many years.

There is audience participation aplenty, hysterical and authentic anecdotes put to music about past lovers that are genuinely hard to believe although they are clear to point out the one song that is fictional and the show is the optimum length – approximately 50 minutes which is ideal.

There are even costume changes on stage which introduces the audience to two of my favourite characters – The Bitter Brothers – who simply don’t understand the need for female comedians.

This could have been a very uncomfortable evening for a male reviewer however the humour is never aggressive and the array of unpleasant men who are either spoken or sung about are all too familiar making it just as funny for everyone in the theatre.

Comparisons are bound to be made with the likes of French and Saunders, Victoria Wood and most accurately, Fascinating Aida and The Sugarcoated Sisters can now be added to this illustrious list. This is an exceptional show and I can’t recommend it highly enough.