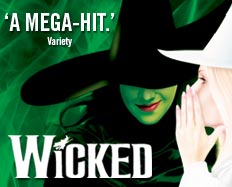 WICKED, the classic West End musical that tells the incredible untold story of the Witches of Oz, welcomed its 7 millionth theatregoer to London’s Apollo Victoria Theatre at the matinee performance on Saturday 17 October 2015. 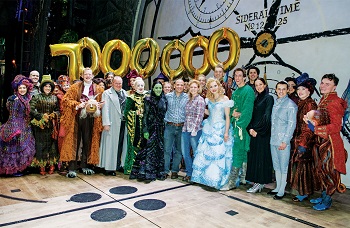 Acclaimed as “one of the greatest musicals of our time” (Daily Mail) and “one of the West End’s best-loved shows” (OfficialLondonTheatre.com), Wicked is now in its 10th year at the Apollo Victoria Theatre

Around the world, Wicked has been seen by nearly 50 million people in 13 countries and won over 100 international awards. The original Broadway production remains “Broadway’s biggest blockbuster” (The New York Times) after 12 years at the Gershwin Theatre.