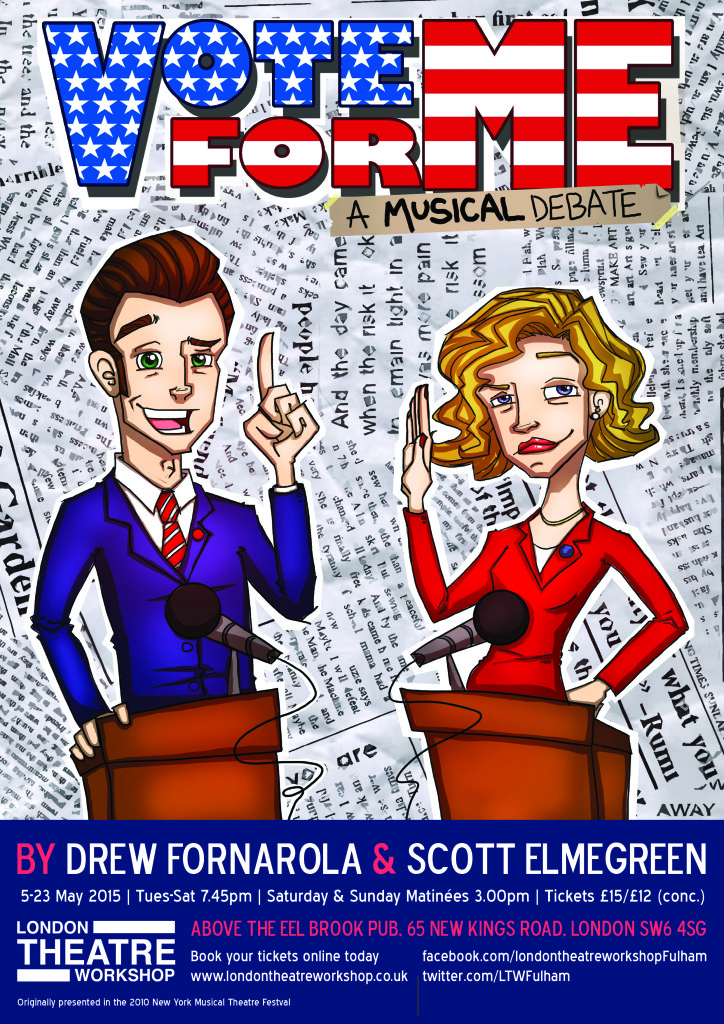 This week has been dominated by the General Election, not only on TV but also in London’s theatreland too with a variety of plays to educate, inspire and entertain us. Here is a few suggestions if you really have not had enough yet.

Unfortunately The Vote at the Donmar Warehouse closed on the night of the election so it is now impossible to see it live, but it was broadcast live to the nation on it’s closing night. You can still catch it if you are quick on Channel 4 catchup

THE VOTE looks at what happens in Britain on election night through the eyes of those at the polling station. Every five years we assert our right as citizens to uphold or replace our government – but, characteristically, we do it in the most unremarkable and understated of ways –at local parish churches, primary schools and community centres across the country.

Based on the famous political diaries of Tony Benn, one of Britain’s most respected, celebrated and controversial politicians, Tony’s Last Tape, by Andy Barrett, examines the struggle of a man who realises that maybe it is time to withdraw from the fight, to let others take over, but just doesn’t quite know how.

For more than 50 years, Tony Benn has recorded everything that happened to and around him, and as the years  passed so the burden of this documentation has grown. Today he hasa decided to make his last tape…

This play stars Philip Bretherton and is playing to packed houses at the Bridge House Theatre – runs until 17th May.

For sixty years Elizabeth II has met each of her twelve Prime Ministers in a weekly audience at Buckingham Palace. Both parties have an unspoken agreement never to repeat what is said, not even to their spouses. The Audience imagines a series of pivotal meetings between the Downing Street incumbents and their Queen. From Churchill to Cameron, each Prime Minister uses these private conversations as a sounding board and a confessional – sometimes intimate, sometimes explosive. In turn, the Queen can’t help but reveal her own self as she advises, consoles and, on occasion, teases. These private audiences chart the arc of the second Elizabethan Age, from the beginning of Elizabeth II’s reign to today. Politicians come and go through the revolving door of electoral politics, while she remains constant, waiting to welcome her next Prime Minister.
Kristen Scott Thomas heads the cast in this acclaimed play The Audience.

Writer Peter Morgan wrote a new ending to the play YESTERDAY to reflect the election results –How is that for current news?

If you love the thrill of an election or if you have really had enough of the whole shebang, then my top choice has to be the tongue in cheek musical Vote for Me being performed at the London Theatre Workshop until 23rd May.

Based around a television debate for the two main candidates for a presidential race ‘VOTE FOR ME’ is the perfect antidote to all the General Election hype we have had over the last few weeks. For a light hearted fun night out this production certainly has it all. It is bright, funny and totally refreshing. This production is a sure-fire winner. Whoever said politics was boring?

To read the full review of Vote for Me or to find booking details for any of the above – just click the links.