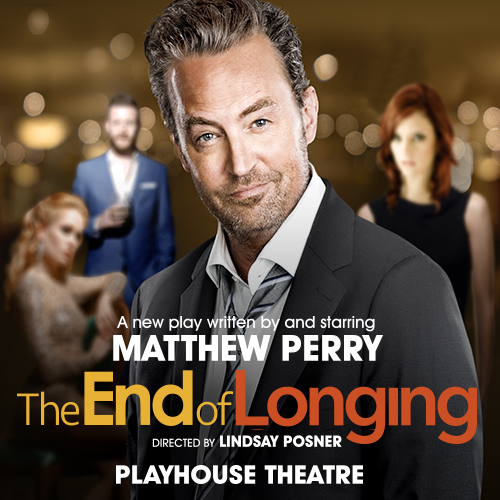 ‘I went to see a new play last night called ‘The End of Longing’ written by and starring Matthew Perry.’
‘Who?’
‘You know, Chandler Bing from Friends.’
‘OMG really? I would LOVE to see that! What was he like?’ 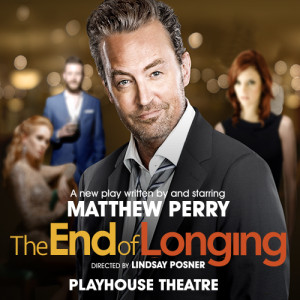 The End of Longing | Review

Matthew Perry must have been under a ton of pressure before the opening of ‘The End of Longing’ at the Playhouse Theatre this week. The opening of every newly written play is scary enough but Perry was going to be judged by his acting skills, his writing skills, his choice of subject matter and simply whether he was still remembered for his role in one of the most celebrated comedy series’ of all time?

Luckily Perry’s playwriting debut is worthy of note! He claims that he has written ‘The End of Longing’ with the ‘Friends Generation’ in mind, people who grew up with ‘Friends’ in their 20s when their world was rosy. Now 10-15 years down the track – life isn’t quite so peachy and cracks are showing.

Their friends are just as dysfunctional. Joseph (Lloyd Owen), describes himself as ‘stupid’, but he is loyal, kind and sees life in a very simplistic way. Stevie (Christina Cole) is neurotic, addicted to pills and cannot understand people who are not in therapy. She is also desperate to have a relationship (as long as it is not with Joseph).

Every actor in the piece is well cast, when the four characters are introduced they are instantly likable, cementing that Perry could have easily written the play as a straightforward comedy. It is genuinely warm and funny, but just as you begin to wonder where the play is going, huge cracks in their relationships and their faults stand in the way of happiness. To coin a cliché, it is a journey of self-discovery.

Directed by Lindsay Posner the scenes are short and snappy and keeps the pace moving aided by Anna Fleischle’s stylish set which moves swiftly from a bar where they all meet to various other locations and then back again.

I was hoping to write this review without mentioning Chandler Bing but it is nigh on impossible. You can see glimpses of the endearing side of Chandler underneath the multifaceted Jack, but Perry’s heart-felt writing understands the self-derogation that Jack feels and his soliloquy at the end was poignant and moving.

The End of Longing takes you on a roller coaster of emotions. Don’t be fooled during the first half hour – this is not Friends, but it is a play for that generation and I think it’s fans; who are now a lot older and wiser will enjoy it immensely. Personally I would have liked to see a grittier ending, but as it stands, I have no doubt that it will appeal to many.

My advice – gather together a bunch of Friends, grab a coffee ‘Central Perk’ style at one of the plethora of coffee shops near the Playhouse then go and see this entertaining play.

Bravo Matthew! Certainly another string to your bow and you should be very proud indeed!

The End of Longing is playing at the Playhouse Theatre in London, it is presently booking until 14th May 2016

Click here for more news about ‘The End of Longing’.

Now – I have a good idea for a play. Take an extremely popular franchise, write a sequel and stage it in the West End! The die-hard fans will go absolutely WILD.

2 thoughts on “The End of Longing | PlayhouseTheatre | Review”