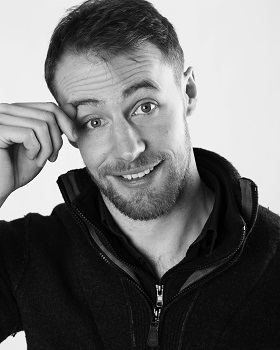 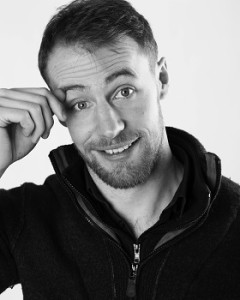 Stephen Whitson director or Elegies for Angels, Punks and Raging Queens talks to Sammi O’Neill about the project and why it is so important.

SON – Before we talk about Elegies tell me a little about yourself and your background.

SW – I was an actor for years and then I switched over to the dark side and became a director. At the moment I am the associate director on Cameron Mackintosh’s touring production of Barnum which is touring the country with Brian Conley and Linzi Hateley which is going very well. The show is in Liverpool at the moment and I am getting very familiar with the 5.26am train from Liverpool to London as I have been travelling up and down regularly for rehearsals for Elegies.

You are currently working on a project to raise money for the ‘Make a Difference Trust’ can you tell me a bit about the charity.

The ‘Make A Difference Trust’ is a charity that does fantastic work in Britain and around the world helping those in need, and in particular those whose lives are affected by HIV and AIDS. The Make A Difference Trust are incredibly resourceful and are the force behind fundraisers such as West End Eurovision, West End Bares and many other projects.

The West End community is extremely supportive of this charity and willingly donate time and provide services and skills. By doing so they raise a lot of money every year for this incredibly important cause as well as raising much needed awareness.

Of the 6000+ cases of HIV diagnosed in the UK, over 2000 of those are in London so it’s still very much a problem for our time. It is very important to raise awareness of this and continue to fight it so that hopefully in the future we can eradicate it. In the short term we need to provide care, support, love and affection for those whose lives are currently being affected by this condition.

The latest fundraiser is a concert called ‘Elegies for Angels, Punks and Raging Queens’ performed at the Criterion Theatre in London on Sunday, 31 May at 7pm. Tell me a little bit about it.

I’m not entirely sure how to describe it.It is based on the NAMES project which is a charity in America that collects, catalogues and then displays quilt patchesaround America and the world.

Each quilt piece is made to raise awareness of HIV and AIDS by either someone with the condition before they die or made by friends and family in memory of someone who has died.

They use the quilt pieces in order to raise awareness and also demonstrate that these people are not just statistics but they were real people. The pieces tell their life stories, dreams, ambitions and achievements.

That’s how the show is, Elegies should feel as though you are walking through a display of these quilt pieces and we tell people’s stories through monologue or song form. We learn a little bit about the individual person and their lifestyle, achievements and dreams. It is quite a joyous piece really.

The monologues represent people that have sadly now passed away and the songs represent their families and friends who are left behind and would like to remember their loved ones.

How do you go about putting together a show like this? It seems like a huge project for one night.

It is a massive project. Leon Kay the producer has been instrumental orchestrating it all. He has pulled all the people in and put them in the right places. We then come in and create the show. It certainly doesn’t happen without everybody pitching in doing their bit. Everybody comes in and volunteers a little bit time and helps pull it all together.

Our designer has even been roping in people from America. He had friends over and they were put to work building and painting our set. It has been a mammoth task. There is probably well over 100 people involved in it’s construction. It is incredibly generous for everybody to give their time but it is for such a fantastic cause.

Elegies has a huge and impressive cast, what has it been like rehearsing with them?

I think there were 55 in the cast at the last count. Hopefully they will all fit onto the stage for the finale but we won’t know that till Sunday! We have a tremendous amount of the West End’s finest talent coming through the door to take part in this unique concert.

Our cast includes Emma Williams (Annie Get your Gun), Emma Hatton (Wicked), Ian McIntosh (Beautiful), Nick Hendrix (Captain America) to name just a few. I am completely thrilled to work with them all! When you have people like this calibre coming through the rehearsal room every day it’s a joy.

I see each member of the cast once a twice in the run-up to the show to go through their piece and then we all come together next Friday to rehearse and piece it all together. We go to the theatre on Sunday to do the dress rehearsal and then perform in the evening. We are well prepared so hopefully it will all go alright.

I am sure that it will all come together beautifully, how do people get tickets?

Ticket sales are going very well and there are only a few left. It will be a packed house on the night! We have a various price ranges ranging from the cheapest seats and £30 to the £75 VIP champagne package. If people want tickets they should get in there soon!

Hopefully you will raise a raise loads of money for Make a Difference Trust which is a very worthy cause and wish and I wish you all the best with it.

Elegies for Angels, Punks and Raging Queens will play for one night only at the Criterion Theatre on Sunday 31st May.

More details about the cast and how to book tickets here.