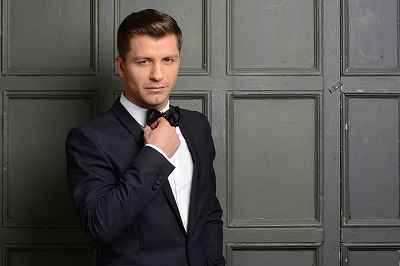 Life through Dance is Pasha Kovalev’s fourth UK dance tour in as many years, showing his passion for the art form which has taken him from his birthplace in Siberia to America and then to fame in this country, as the current holder of Strictly Come Dancing’s coveted glitter ball trophy, which he won last year with Caroline Flack. Barney Durrant caught up with Pasha, as he was about to hit the road.

Pasha will be at several venues across the South-east this spring, including the Assembly Hall Theatre, Tunbridge Wells, with his show Life through Dance. It promises new music, new choreography and new costumes. Life through Dance will try to capture every-day life and see people falling in love, growing relationships and the harder times, stories expressed by the Latin and Ballroom dances that Pasha is so famous for on the BBC’s hit TV programme.

Pasha sees each dance as an emotion, whether is is the drama of the Pasa Doble, the jealousy in Tango or the love inherent in the Rhumba and he hopes to present a carnival of dance with classical and contemporary numbers to suit every taste. He loves to perform in front of a live audience and lives for the feedback and energy that he gets from a theatre crowd. Latin is closest to his heart, but he enjoys the formality and discipline of Ballroom too.

Looking back to his Strictly win, he counts himself third-time lucky, as he has appeared in the final 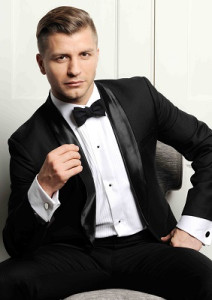 previously without winning. The competition was intense in the last season and he most enjoys seeing his partner transform themselves over the course of the show. He says that Caroline was a great dance partner and he likes to help the celebrities overcome any lack of confidence and to build them up to the nerve-wracking live performance that they must do on Saturday night, although they can be more relaxed and have some fun in the weekly practice sessions.

Pasha began his career as a TV star by accident. He had come to America with his dance partner in his 20s and went to an audition to support her, when she wanted to appear on ‘So You Think You Can Dance?’, another popular reality dance show in the US. Pasha was picked out by the producers and asked to audition himself, which at first he was reluctant to do, as he hadn’t been intending to apply. However, he was a great success and went from contestant to being a choreographer on the next season of the show. This led to appearing on Broadway and eventually to coming to the attention of the Strictly producers in the UK. He has been a very popular member of the professional dancers on the show for the last few years and says he hopes to be on the next season starting in autumn 2015.

Pasha certainly made an impression on one of his previous Strictly celebrity dance partners, as he has been dating Countdown’s Rachel Riley after they appeared on the show together. Pasha says ‘Rachel loves to dance and sometimes we still get out to a nightclub to dance together’

If you want to see Pasha’s more artistic dancing, he will be appearing all over the UK and at several venues in the South East.