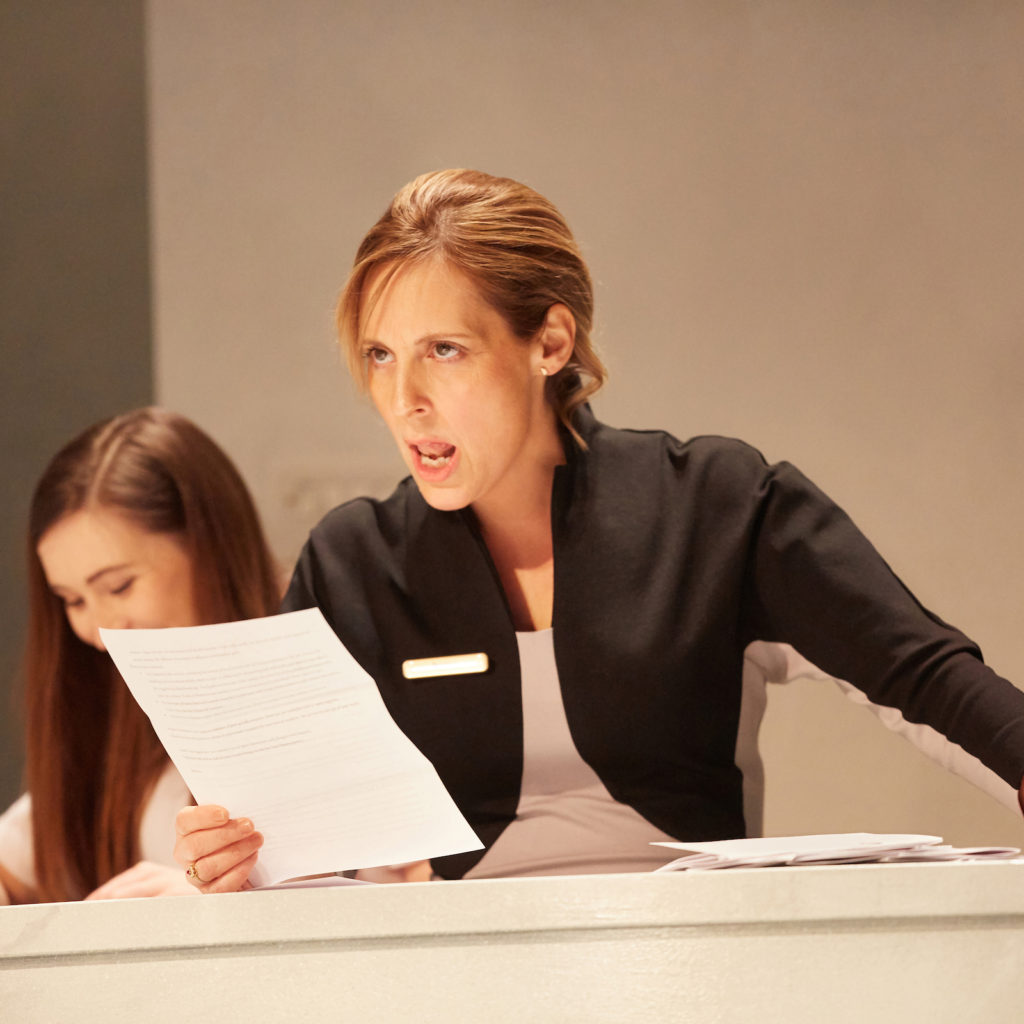 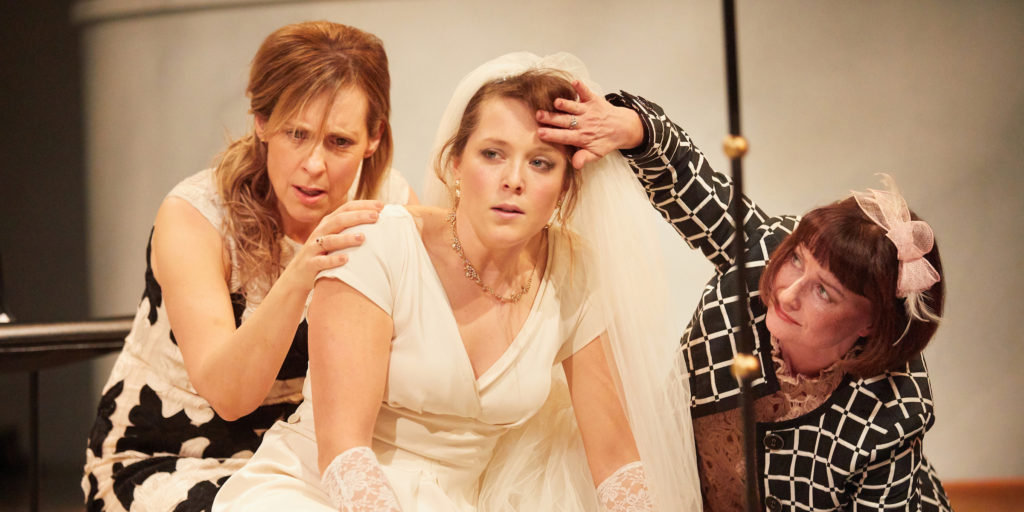 Much Ado about Nothing

To mark its 10th anniversary season, The Rose Theatre in Kingston stages one of Shakespeare’s most entertaining and enduring comedies; Much Ado About Nothing. The production stars comedian/presenter Mel Giedroyc as Beatrice opposite John Hopkins as her love interest Benedick.

Usually set in the luxurious home and gardens of nobleman Leonato in the Italian port Messina, director Simon Dormandy has chosen to set this production in a luxury hotel spa owned by Leonato with strong connections with the Sicilian Mafia. Dormandy’s vision works well, particularly as a strong theme of the play is the role of women in a man’s world, in this case, the daughter and niece of Leonata juxtaposed with the testosterone-driven mafia.

When Mafia boss Don Pedro arrives at Leonato’s hotel spa, his young protégé Claudio quickly falls in love with Leonato’s beautiful and demure daughter Hero, with Don Pedro and Leonata’s blessing Claudio successfully woos her and asks for her hand. In contrast to the sweetness of Hero, her cousin Beatrice has a strong character and has no desire for love, professing ‘I had rather hear my dog bark at a crow than a man swear he loves me’. Beatrice does, however, delight in squabbling with one of Don Pedro’s men Benedick who shares her disdain for romance. Leonata and Don Pedro with the help of Claudio and Hero vow to unite Beatrice and Benedick, but before this happens, Hero’s honour is called into question and loyalties are tested.

Mel Giedroyc brings a different side to Beatrice, relying more on her comedic talents as well as interacting with the audience rather than on the waspish wit written in the original text. John Hopkins seems relaxed in his role as the commitment-phobic Benedick, delivering sarcastic quips and engaging monologues effortlessly. The role of subservient Hero is relatively small, but Kate Lamb perfectly captures her essence of vestal purity willingly being betrothed by influential men. Calam Lynch makes his theatrical debut as the love-struck but hot-headed Claudio with success particularly when playing opposite Peter Guinness (Don Pedro) who has a wealth of experience in Shakespearean roles.

Naomi’s Dawson’s set design of the hotel radiates luxury and uses every inch and level of the Rose Theatre’s vast stage. The tactical moving of props such as parasols and dining table cleverly demonstrates whether the scenes take place indoors or out.

On the whole, this is a commendable and watchable production suffering with over-exaggerated humour and making Beatrice a laughing stock, rather than an intelligent forthright woman, which is a shame.

I took along my two sons who are studying Much Ado About Nothing as part of their GCSE syllabus and despite being at first confused by the setting they enjoyed it immensely and it is not often I get conversations about coursework while travelling home from a night out! Bravo, I am expecting top marks now.

One thought on “Much Ado About Nothing | Rose Theatre Kingston | Review”