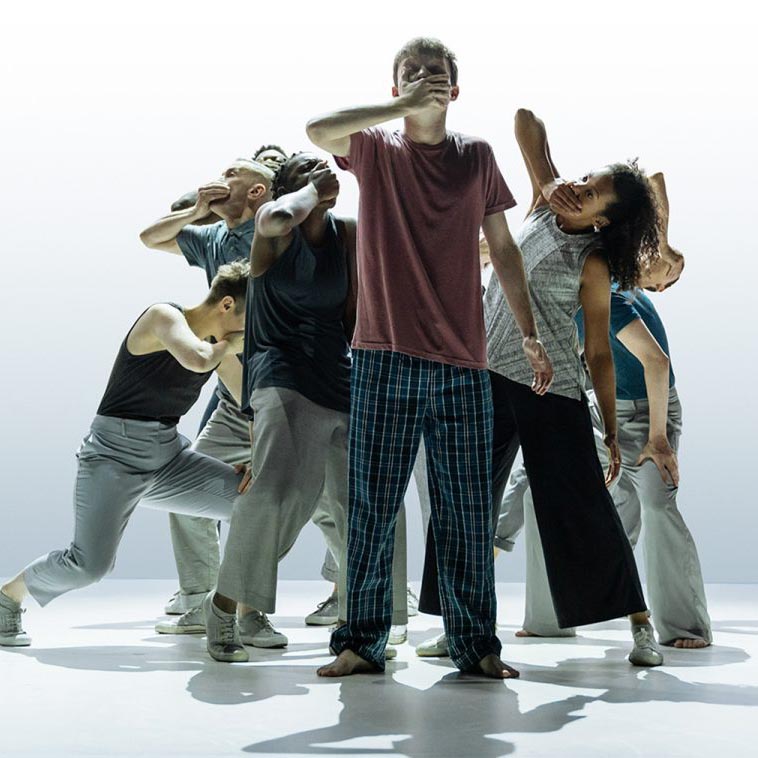 A Monster Calls
The Old Vic
until 25th August 2018

Please note that this review was written after a preview performance.

I will not tell a lie, when I saw earlier this year that A Monster Calls was being adapted for the stage by Bristol Old Vic, my heart did skip a beat. Adapted from the Patrick Ness novel, which in 2016 was transformed into a visionary (and woefully underrated film), A Monster Calls, tells the tale of Connor O’Malley, a lonely little boy, who is visited by a monster in the wake of his mother’s cancer diagnosis. This monster tells him three stories, in exchange for one of Connor’s own, and deals with themes of grief, loss and the slow acceptance of difficult truths. Not an easy thing to turn into a stage adaptation, and whilst I’ll admit that it didn’t quite reach my lofty expectations, that by no means diminishes this brave, beautiful and creative retelling.

The performance is admirably led by Matthew Tennyson as the deeply damaged, distraught Connor who spends the performance treading the thin line between anger and devastating grief – in the original story Connor is thirteen years old, however try as Tennyson might, he can’t quite pull off playing a thirteen-year-old, and whilst the production seems to have made the creative decision to age up Connor and his contemporaries, the emotional beat of the production does somewhat suffer for this aging up. It is harder to feel the all-encompassing grief of a sixteen-year-old, than it is to feel it for a thirteen-year-old. Marianne Oldham as Connor’s desperate mother tugs at the heartstrings as she refuses to own up to her own truth, and it is simply impossible to not be torn apart by Oldham’s performance, especially in the latter half of the second act. As Connor’s grandmother Selina Cadell gives an understated performance as a woman trying her best to hold everything together even in the face of the abyss. Stuart Goodwin has the unenviable task of playing the Monster, a role made even harder by some of the gimmicky additions such as the echoing voice, and making Goodwin walk around on stilts. It is the final scenes of the play where Goodwin strips back his performance to the bare bones where you feel the emotional heft of the performance. But, for a performance which is on the colder end at the beginning of the performance, the second act is a revelation. Too many cooks can spoil the broth, and too many bang whizzes can ruin a performance, but when Sally Cookson strips back all of the decorative additions that litter the first act, that is when the play really sings. The last ten minutes are quiet and understated, and when the tears start rolling it is simply impossible to stop them.

The adaptation has its flaws; the story is slow to pick up, and at times becomes strangely cold, and a little too much time is spent showing the audience Connor’s daily routine but one thing is unarguable – this is a beautiful production. From the projection design (Dick Straker), through to the inclusion of contemporary dance (Dan Canham) and the use of ropes (so many ropes), everything is thought out, with clear intention and helps to elevate this performance into something else. The transition into the three stories doesn’t always work quite as well as perhaps the company hoped, but each one taken individually is a stunning piece of work.

It’s not perfect, and given that the performance is still in previews, I have no doubt plenty of things will be changing between now and press night, but as a tale of love and devastating loss, A Monster Calls gets to the heart of those difficult truths – sometimes it’s okay to want things to end.

A Monster Calls is currently playing at The Old Vic until 25th August. To find out more or to book tickets visit: https://www.oldvictheatre.com/whats-on/2018/a-monster-calls

A Monster Calls
The Old Vic