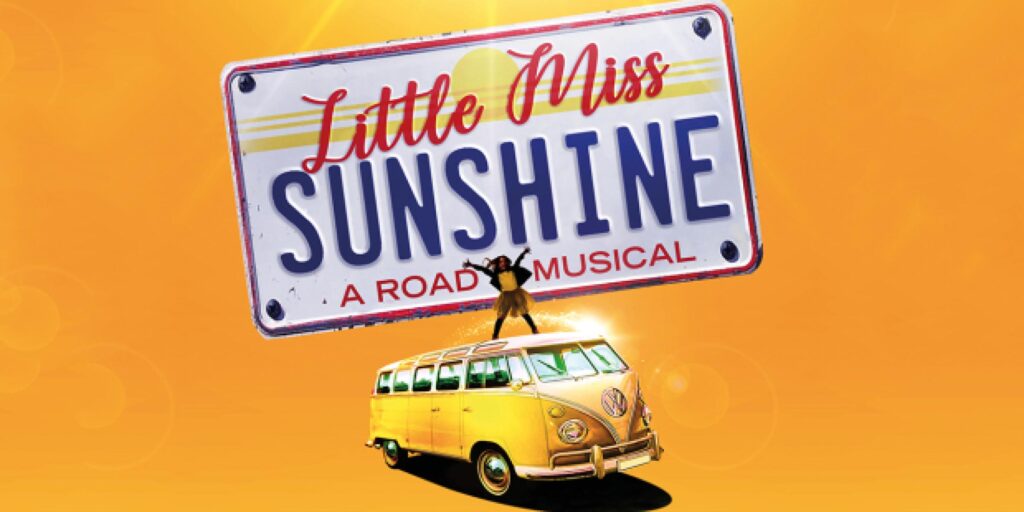 When young Olive Hoover finds herself unexpectantly qualifying for the finals of the Little Miss Sunshine beauty pageant In California, her completely dysfunctional family cram themselves into the family van and start the two day journey to get there from New Mexico.

Supporting Olive (Sophie Hartley Booth) in her quest for fame are Mum (Lucy O’Byrne) and Dad (Gabriel Vick) who are having money and marital troubles, a suicidal uncle (Paul Keating) who cannot be left alone, her brother Dwayne (Sev Keoshgerian) who has taken a vow of silence until he realises his dream of becoming a jet pilot and her Grandad (Mark Moraghan) who has lived his life through sex, drugs and rock and roll. A van load of trouble.

Road trip movies are hard to recreate on stage (Rain Man) and unless there is a big budget (Priscilla) they often fall flat, lacking both scenery and the sense of claustrophobia, unfortunately, this is the situation with Little Miss Sunshine.  the family of six crammed into a van (in this case a few chairs upon a moving trolley), worked well in the film but fails to ignite a spark on stage.

Despite solid performances from the main cast and the supporting roles, the black comedy struggles to conjure any empathy from the audience. There are many interesting themes that could have been explored here they are trivialised by making the show a musical. Each character has their own story but they struggle to tell it. Even the big ‘tragedy’ in the show was glossed over, leaving me feeling very empty.

Musically Little Miss Sunshine was disappointing too.  The tunes written by James Lapine and William Finn were lacklustre and unfortunately, there was not a memorable one amongst them. Lucy O’Byrne’s big solo at the end of Act One was lovely but hardly a memorable showstopper.

A disappointing production which would have worked better as a play.