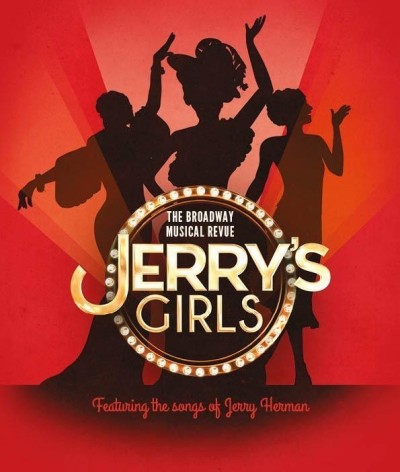 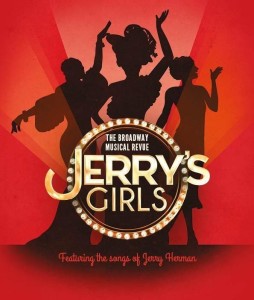 A musical revue celebrating the works of Jerry Herman

Jerry’s Girls has recently had a successful sell-out run at the St. James Studio and now transfers to Jermyn Street Theatre for a limited 3 week run for Tues 12 to Sun 31st May 2015.

Featuring songs from classic musicals by Jerry Herman including Hello Dolly!, Mame, and La Cage Aux Folles, Jerry’s Girls brings together an all-female cast to celebrate Jerry’s special gift for writing songs that capture the true spirit of the great American musical, honouring the legacy of the multi Tony Award-winning composer and lyricist of some of the greatest Broadway musicals of all time.

Jerry Herman’s string of awards and honours includes multiple Tony, Grammy, Olivier and Drama Desk Awards, the Johnny Mercer Award, the Richard Rodgers Award, the Oscar Hammerstein Award, the Songwriters Hall of Fame and the Theatre Hall of Fame. Jerry also has the distinction of being the only composer-lyricist in history to have three musicals run for more than 1,500 performances on Broadway.

Emma Barton (One Man Two Guvnors, Eastenders) will join the cast, alongside Ria Jones (Cats, Les Miserables) and Sarah-Louise Young (Showstopper! The Improvised Musical, Julie Madly deeply) who both return to the production:

Created by Jerry Herman and collaborator Larry Alford in 1981, Jerry’s Girls originated as a modest cabaret presentation at Onstage, a nightclub located in New York’s theatre district in midtown-Manhattan. After La Cage Aux Folles opened to rave reviews two years later, a full-scale, all-star production was mounted which opened at Broadway’s St. James Theatre in 1985 with a cast including Chita Rivera, who received a Tony-Award nomination for her performance.

Jerry’s Girls is directed by Kate Golledge and choreographed by Matthew Cole. The musical director is Edward Court.

It is presented by Katy Lipson for Aria Entertainment and Guy James, the team behind the 2014 London premiere of Stephen Sondheim’s Marry Me a Little at the St. James Studio, which played a sold out run in August before returning in October due to popular demand.