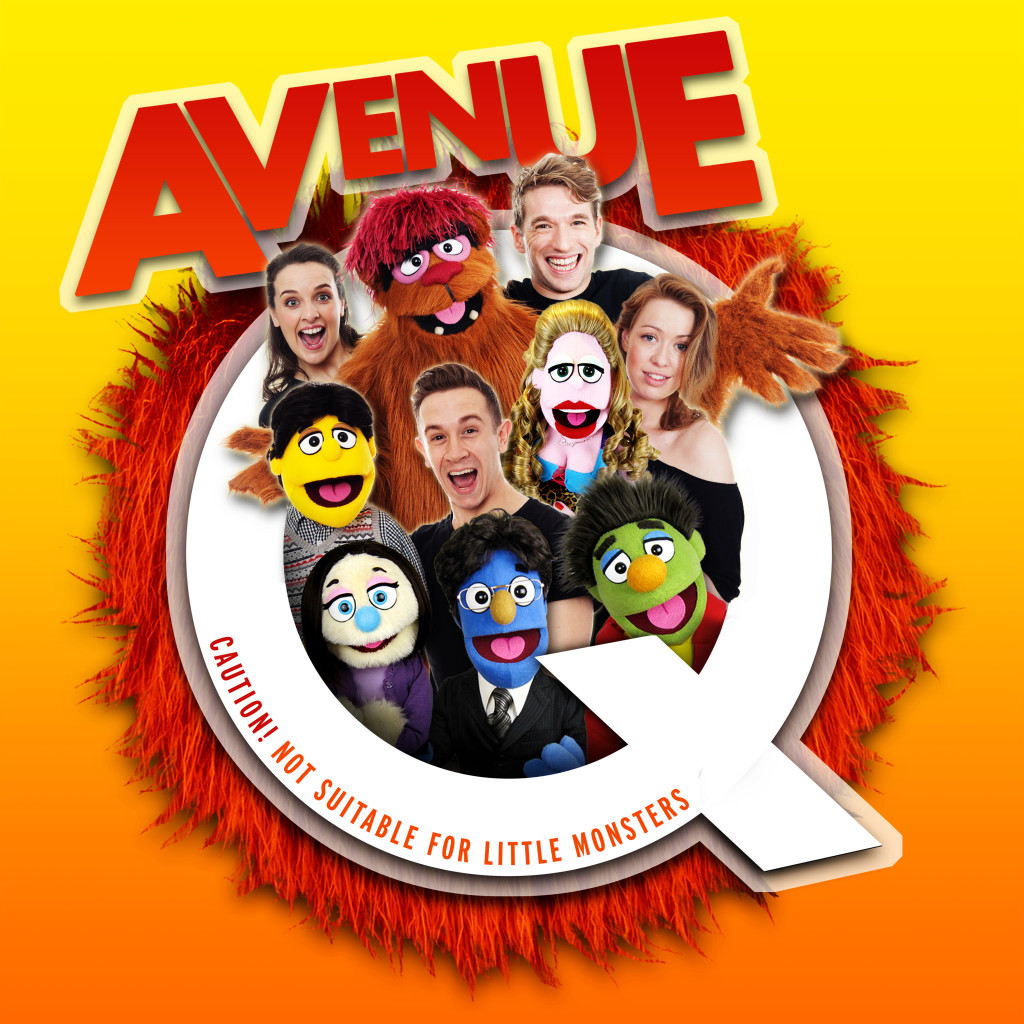 Like people in the 1980s I grew up watching The Muppet Show on TV, years later my daughter, was taught her letters and numbers with the help of the Sesame Street characters. Maybe that’s the reason I have always loved Avenue Q.

Avenue Q runs along the same lines as these family favourites with monsters and humans living alongside each other on a New York street. They deal with daily problems and learn to overcome them by sticking together and talking (and singing) their problems through.

Where Avenue Q differs is that this is a stage and not TV show. The puppeteers are visable to the audience and are able to bring the puppets to life in such a convincing way that you believe they are part of the cast.

We don’t learn about the alphabet and numbers here. On Avenue Q many lessons about racism, homosexuality and sexuality are taught. These more adult themes are dealt with in a very light-hearted and endearing manner however the language and messages it deals with mean that it is definitely not a show for children.

I saw the West End run of Avenue Q two or three times and then was lucky enough to see the 2013-2014 tour in Crawley last year (review here). So I guess that you can say that I am a big fan.

Imagine how delighted I was to be invited to the press day for the 2015 tour last week, Excitement doesn’t cover it. I could wait to get up close and personal with the stars of the show. 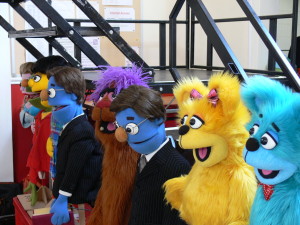 The rehearsals were taking in London and I arrived terribly excited, There they were! The stars of the show, Kate Monster, Princeton, Nicky and Rod, the naughty naughty Trekkie Monster (love him) and the vampish Lucy the Slut (and she is!) and many more!  Oh…. I should say the actors were there too. I had a lovely time speaking to actors Richard Lowe, Sarah Harlington and director Cressida Carre about how rehearsals were going and what it was like working with the puppets.

You can find links to their interviews here:

The press were then treated to a 30 minute rehearsal of Avenue Q. A number of the press had not seen the show before and were amazed at how the puppets are personified. I was thrilled to find out that this cast is phenomenal! This tour is going to be great folks!

A quick short break (BBC were filming) and then my favourite part of the day, we had a tutorial with one of the puppets taken by Nigel Plaskitt (Puppet Coach extraordinaire). This tutorial was with not just any puppet either, but with one of the big characters in the show Trekkie Monster.

Trekkie is not manipulated with rods like many of the other puppets. He comes alive with the help of two actors. One manipulates his mouth and one of the arms and the other actor works the other arm. Easy right?

First of all we had to imagine we were manipulating the mouth, we had to open our fingers while counting (like doing a ‘quack quack’ duck impression with your hands) Try it. Every time you say a number open you hand – don’t forget to do more syllables when it comes to seven, or eleven!

The moment arrived,  we had to disinfect our hands and team up with a partner. I was Trekkie’s mouth and left arm/hand, my partner was the right hand. Nigel then taught us to ‘move’ to one of Trekkie’s songs – ‘The Internet is for Porn’ (yes really). When I say ‘move’, between us we got his arms working in sync but I am not sure he opened his mouth at all, and he certainly didn’t walk around. It was all very difficult.  Hats off to these incredible actors. Don’t forget to check out their interviews to find out how they mastered the art.

I am absolutely thrilled to be supporting Avenue Q on their latest tour, The cast look and sound wonderful and I am hopeful that the tour will do really well.

They tour goes to many places in the South East region, so if you miss Avenue Q at Tunbridge Wells between the 1st – 6th June, you have plenty of opportunity to catch it elsewhere, but do catch it. It is a real giggle.