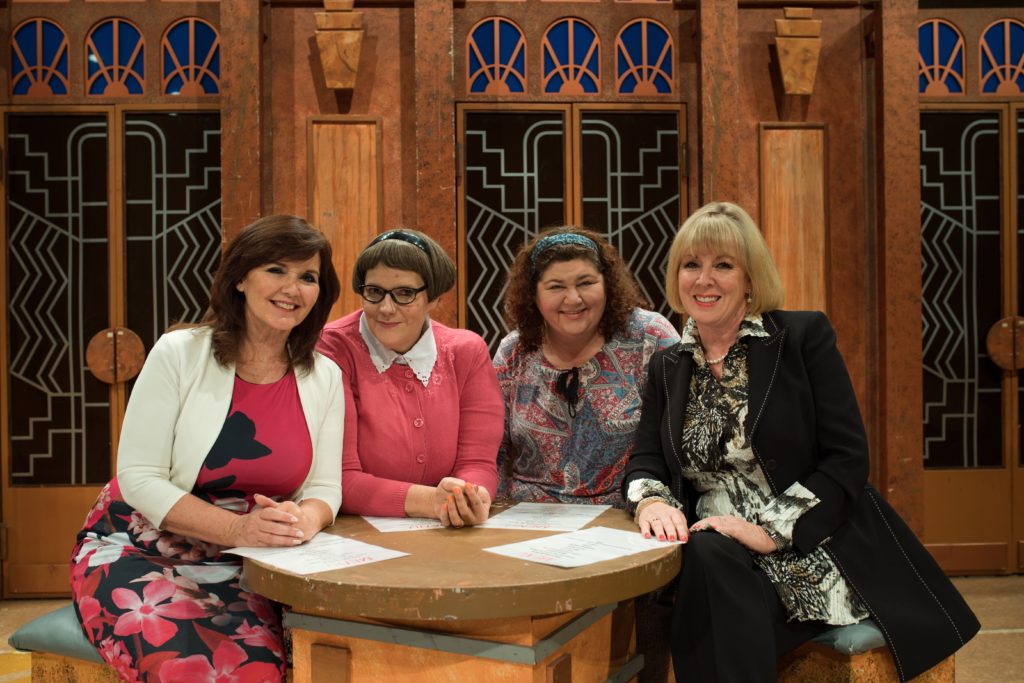 Menopause the Musical comes to the Theatre Royal Brighton on Wednesday 14th February, a fabulous treat for Valentine’s Day this year.

WHAT causes women of a certain age to suffer cold sweats, hot flushes, hormones to rage like tsunamis and mood swings that make them as predictable as the British weather?

No, it’s not watching David Beckham train- it’s the menopause.
But rather than complain about it, why not turn this change-of-life experience into a fun-filled night at the theatre, complete with great songs, rewritten to perfectly capture the mood.

And the ladies believe sharing this fun night to be therapy for the soul.

This is Cheryl Fergison’s third tour with Menopause The Musical and for her, the timing couldn’t be better.

“This show simply had to be made. It tells you it’s okay to talk about the subject and I’m delighted because I’m going through the menopause myself at the moment. You see, until you do you have no idea it’s such a big thing.”

Cheryl adds, grinning; “Suddenly I’m sprouting a moustache. I could do Movember, (the movement which encourages men to grow moustaches.)

Menopause The Musical, says Cheryl, features songs that connect with her state of mind.

“There are songs about getting older and the inevitability of your body shape changing.” She looks at her body and smiles; “Yes, it’s getting rounder.

“And I love the fact this show reminds everyone that the menopause makes you emotional. I’m not an emotional person but now I am tearing up, all the time, over nothing at all”

Maureen is just as enthusiastic about the show.

“The timing is great for this show,” she maintains. “Women just seemed to be desperate for a great night out. Menopause The Musical entertains with 23 songs such as I Will Survive, but re-written with comedy lyrics.

“And it doesn’t make light of the menopause, rather it shows you can tackle the raging hot sweats with humour and honesty. I certainly don’t mind anyone knowing I have to have fans in my dressing room, even when it’s cold.

“But what’s really great about this show is that women come up to you and say ‘Thank you for making it okay to be over fifty.’

Maureen adds, laughing; “And if men do come to the show, they will understand why their wife, on occasion, has tried to kill them.”

Rebecca echoes her co-stars, “This show won’t change your life or stop you taking your clothes off while watching telly,” says Rebecca, smiling.  “But it will guarantee you a great night out. And having a group of women in one hall all able to laugh at the changes women go through during menopause is a massively uplifting sensation.

“And here’s the thing; the menopause stage isn’t all bad. By the time they hit it women know so much more about themselves. They have a developed confidence, knowledge and a lovely, healthy cynicism about life.”

“There was a time when women believed that with the arrival of the menopause their attractiveness departed and sex was a thing of the past. Not now!” She adds, laughing; “Years ago, I’d be having a blue rinse at this stage, not getting my hair dyed flame red.

“And who wants to surrender to middle age? Not me. I want to be a thoroughly disgraceful fifty something.”

One thought on “Interview | Menopause the Musical”