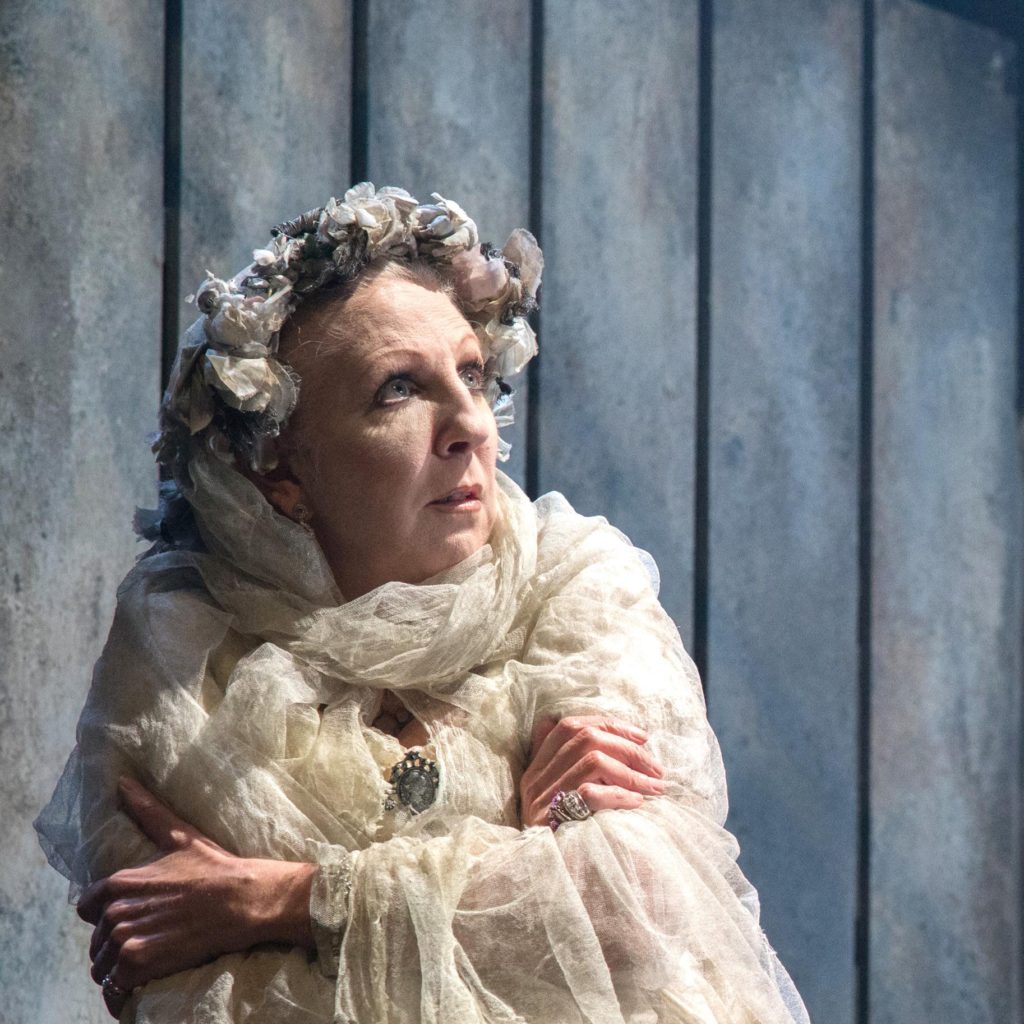 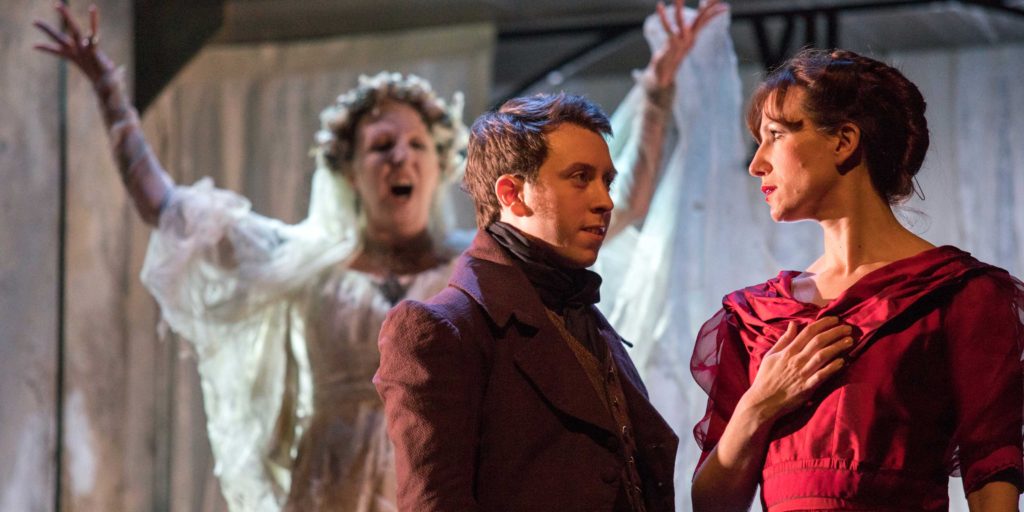 Great Expectations is no small book, nor is it simplistic in its structure or its themes; it’s big, it’s wordy, and frankly, it’s pretty depressing. So, it’s quite a compliment when I say that this version of Great Expectations is warm, charming, unexpectedly funny (in the second act) and faithful to the material.  The small but perfectly formed cast is led by Sean Aydon as Pip, who manages to straddle that difficult line playing both an adult and a child. His slow transition from hopeful, wide-eyed boy, to a grounded young man was one of the many delights of the play. Praise too must also be given to Isla Carter, for fully indulging Estella in her petty, cruel ways. It’s always easier to play Estella for sympathy, but she is one of the great Dicken’s heroines for her Machiavellian qualities, even if we do recognise the damage inflicted on her by Miss Havisham. Talking of the famed dowager, Nichola McAuliffe joins the long line of women to play the dowager, and she does it with such aplomb. Complete with withering put-downs, an icy stare and a short, hot temper, McAuliffe embodies the role, putting her own distinct spin on it, and lighting up the stage whenever she steps on it. I have singled these three out as the ‘leads’ of this difficult play, but to be frank, there were no weak links in this ensemble, and both Eliza Collins as Biddy and Edward Ferrow as Joe Gargery were particular highlights for me, bringing real heart to the action

The play isn’t seamless by any means. Ken Bentley’s adaptation, whilst faithful, is certainly flawed. There are moments where the action lulls and the scenes go on a little too long, but condensing a book made up of hundreds of pages into a two-and-a-half-hour play is a serious ask, so it’s not surprising that there are moments that simply don’t work. I could have done without the odd, unexpected fight scene between Pip and Pocket, and certainly some of the long, wordy monologues and exposition moments could have done with ending up in the bin, but these were small moments and on the whole, the play hung together fairly well. I say fairly well, because whilst a Dicken’s purist might have been able to follow the play exactly, I sometimes found myself a little lost as to where we actually were in the action (it was pointed out to me afterwards that the program has a page which runs through all the important plot points in the play so it’s worth familiarising yourself with this page if you are seeing the play). I happen to be of the opinion it’s always better to play a little bit fast and loose with the material if it makes it easier for your audience to follow along, even if you offend the odd purist along the way. Perhaps I am in the minority in feeling like this, but I suspect not from some of the comments I heard in the interval from the audience.

And yet despite those slight reservations, I still found myself clapping along to the live music and beaming widely whenever Ferrow and Aydon were alone on stage together. It is in those small moments, where there is no music, and only two actors on stage that the play really comes alive, and the actors give the text a chance to breathe and live as it is meant to. Credit to Sophie Boyce Couzens who has coaxed out some beautiful performances from each and every one of her actors, as well as dealing with the difficult task of making all of the character’s individual and not allowing them to all merge into one as is so often the case with multi rolling (only Aydon and McAuliffe play just one character). The stage was beautifully designed by James Turner, unfurling and revealing characters, and allowing the actors to roam the space, but my one feeling was how much better suited this design and style of performance would be to a small, intimate studio space. It is a credit to the material that it is able to hold a venue like the Churchill, but I can’t help but feel there would have been a greater emotional impact if the audience were up close and personal with the actors

But honestly, the real winner of this show is Dickens. How proud he would be to know that 157 years later, his words are still charming a new audience and entertaining the masses, as he always intended them to. A true gem.

Great Expectations is currently playing at The Churchill Theatre in Bromley until Saturday 2nd June. To find out more or to book tickets visit: https://churchilltheatre.co.uk/Online/tickets-great-expectations-bromley-2018